Michael J. Gelb is a scintillating and charismatic speaker and a pioneering practitioner and thought leader in the fields of creative thinking, executive coaching and conscious leadership. He is the author of 17 books including How to Think Like Leonardo Da Vinci, The Art of Connection and Innovate Like Edison (co-authored with Sarah Miller Caldicott, Thomas Edison’s great-great grandniece). Michael’s books have been translated into 25 languages and have sold more than one million copies. Read More >

In 1999 Michael was honored as “Brain of the Year” by the Brain Trust Charity – Other recipients include Steven Hawking, Garry Kasparov and Edward De Bono. In 2003 Michael received a Batten Fellowship in Innovation from The University of Virginia and co-directed the acclaimed Leading Innovation Seminar at the Darden Graduate School of Business for more than 10 years. In 2020 he was invited to become a Senior Fellow of the Center for Humanistic Management at Fordham’s Gabelli School of Business.

Michael is also a gifted teacher of the Alexander Technique, a 5th degree black belt in aikido and the creator of the BodyLearning: Life Energy Fitness program. Michael graduated from Clark University with Honors in Psychology and Philosophy and received his Master of Arts degree from Goddard College in Psycho-physical Reeducation. He worked his way through graduate school as a professional juggler and has performed with Bob Dylan and Rolling Stones. Read Less ^

7 Routines to Awaken Your Genius

Thinking creatively, learning faster and leading change, these abilities are at a premium in a highly competitive global business environment. What if you could call on history’s greatest genius, Leonardo da Vinci, to be your personal mentor in cultivating these highly prized elements of human capital? Anatomist, architect, botanist, city planner, chef, humorist, engineer, equestrian, inventor, geographer, geologist, military scientist, musician, painter, philosopher and raconteur, Leonardo da Vinci (1452 – 1519) helped bring the Western world out of the Middle Ages and into the Renaissance. Now his approach to optimizing human potential is more relevant than ever. Read More >

This dynamic, highly-interactive program brings da Vinci’s genius to life through fascinating biographical and historical information, setting the stage for an introduction to seven principles for thinking “a la Leonardo.” Participants are then guided to apply the principles, through a proven series of practical exercises, to your organization’s greatest challenges.

Participants will learn how to: Read Less ^

Leonardo was probably the most creative person who ever lived but Thomas Edison is history’s greatest practical innovator. Beyond his invention of the phonograph, motion pictures and a system to light the world, Thomas Edison invented the rigorous, disciplined process of innovation. Read More >

In addition to creating the world’s first Industrial Research and Development laboratory, Edison was also a master at promoting a culture of innovation. Moreover, he understood that the principles of personal success and organizational innovation go hand-in-hand. Personal success and fulfillment requires you to learn how to think like an innovator; and, for your organization to be successful, innovation is now more important than ever.

This program introduces Edison’s Five Competencies of Innovation™. They are:

Each competency will be brought to life with specific, practical “take-home” applications. This program is readily adaptable to specific organizational challenges. Read Less ^

The image of modern corporations has been shaped by a focus on profits over people and the environment, but this approach to capitalism is no longer viable. We are at an inflection point where business must take the lead in healing the crises of our time. And for business to fulfill its potential individuals must learn to become healing leaders. In The Healing Organization Michael and co-author Raj Sisodia report on their extensive in-depth interviews and inspiring case studies, with leaders from companies such as Shake Shack, Hyatt, KIND Healthy Snacks, Eileen Fisher, H-E-B, FIFCO, Jaipur Rugs and DTE Energy who are all healing their employees, customers, communities and other stakeholders. They represent a diverse sampling of industries and geographies, but they all have significant elements in common, besides being profitable enterprises: Read More >

In a world that urgently needs healing on many levels, this inspiring presentation is an invitation to elevate your ability to bring out the best in your self and in others. Read Less ^

When we embrace humility and curiosity, we release egotism and arrogance. We open to our own soul and in the process we are more open to others. People sense this and become more open to you. Leaders need this skill now, more than ever. Read More >

Recent research confirms that a sense of connectedness with others is the single greatest predictor of longevity, health and happiness. Connecting effectively is also the most important personal and business leadership skill. It’s the key to building relationships, preventing and resolving conflict and getting others to ‘buy-in” to your ideas. This Dynamic, interactive program emphasizes immediately applicable take home improvement in the communication core competencies of listening, empathy, negotiation, and influence skills.

You will: Read Less ^

How to Think Like Leonardo da Vinci: Seven Steps to Genius Every Day

The Healing Organization: Awakening the Conscience of Business to Help Save the World

The Art of Connection: 7 Relationship-Building Skills Every Leader Needs Now

Brain Power: Improve Your Mind as You Age 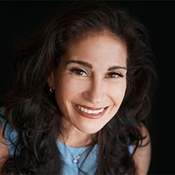