Michael Kimmelman is an American author, critic, columnist and pianist. He is the architecture critic for The New York Times and has written on issues of public housing, public space, infrastructure, community development and social responsibility. In March 2014, he was awarded the Brendan Gill Prize for his "insightful candor and continuous scrutiny of New York's architectural environment" that is "journalism at its finest. He was nominated twice for the Pulitzer Prize in 2000 and 2014.  Read More >

He was the New York Times' longtime chief art critic – "the most acute American art critic of his generation," in the words of the Australian writer Robert Hughes. In 2007, Kimmelman created the Abroad column, as a foreign correspondent covering culture, political and social affairs across Europe and elsewhere.

He returned to New York from Europe in autumn 2011 as the paper's senior critic and architecture critic, and his articles since then, on Penn Station, sound, the New York Public Library, the World Trade Center, transit and infrastructure, redevelopment after Hurricane Sandy, as well as on Syrian refugee camps as do-it-yourself cities, cultural identity in Baghdad and public space and protest in Turkey, Rio and post-revolutionary Cairo, among other issues at home and overseas, have helped to reshape policy and the public debate about urbanism, architecture and architectural criticism. ArchDaily called his 2015 review of the new Whitney Museum "the most important article in recent architectural memory." For that review and other work he won the Punch Sulzberger award from the American Society of News Editors in 2016.

The magazine New York titled an article about him "The People's Critic".

A pianist (a student of Seymour Bernstein) who still performs as a soloist and with chamber groups on concert series in New York and around Europe, he is a former editor at the magazine I.D. and architecture critic for New England Monthly. He has written at length about, among others, the artists Richard Serra, Gerhard Richter, Henri Cartier-Bresson, Michael Heizer, Lucian Freud, Raymond Pettibon and Matthew Barney along with the architects Shigeru Ban, Peter Zumthor and Oscar Niemeyer. Author of Portraits and The Accidental Masterpiece, a national bestseller, for two years he was associated with the Times's Cities For Tomorrow conference, organizing the ones in 2014 and 2015. And he has hosted various television features, appearing in the 2007 documentary film My Kid Could Paint That.

From late 2007 to mid-2011 he was based in Berlin covering, among other subjects, the crackdown on cultural freedom in Vladimir Putin's Russia, life in Gaza under Hamas, the rise of the far-right in Hungary, Négritude in France, bullfighting in contemporary Spain, Czech humor in the context of political protest, and Holocaust education for a new generation of Germans.

For his role in saving the David & Gladys Wright House by Frank Lloyd Wright, Kimmelman received the Spirit Award from the Frank Lloyd Wright Building Conservancy in 2014. He was the Annie Sonnenblick Visiting Writer at Wesleyan University in 2016. A Franke Visiting Fellow at The Whitney Humanities Center at Yale, he has received honorary doctorates from the Corcoran College of Art and Design in 2013 and the Pratt Institute in May, 2014. He also contributes regularly to The New York Review of Books. Read Less ^

How Culture Explains (Almost) Everything

Culture does more than just entertain and distract us; it helps us understand the deepest fears, desires and aspirations behind the big political and economic forces of the day. Read More >

Before the conflict broke out between Israel and Gaza, author and New York Times columnist Kimmelman traveled to Gaza to answer the question that the usual news stories about the Oslo accord, terrorist rockets, Jewish settlements and tensions between Hamas and Fatah always failed to answer: namely, what was life really like there?  He learned about how Hamas cracked down on daily freedoms, how Gazans found solace in American sitcoms and Turkish soap operas, and ultimately how culture was emerging as an unexpected force in reconciliation.

Thanks to the very same globalizing forces that have integrated markets more and more, people now have the technological means to choose their identities, declare their affiliations and create their own cultures. The common denominator of shared culture only intensifies the desire people feel to distinguish themselves from it.

In this keynote speech, Kimmelman offers audiences an intimate glimpse into the intricacies of cultures across the globe, the importance of cultural influences and how culture truly does explain (almost) everything. Read Less ^

The First Urban Century & the Challenge of the New Urban Explosion 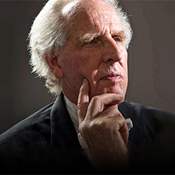