As one of the women who escaped from the Cleveland home of Ariel Castro after 11 years of captivity, torture and abuse, Michelle Knight has risen out of darkness and trauma to captivate audiences around the world with her incredible story of heroism, survival and healing. Speaking honestly about her experiences, she imparts valuable lessons for other survivors, sharing invaluable takeaways for those who work with victims of trauma and abuse. Read More >

Choosing a new name for her new life, Knight, who is also known as Lily Rose Lee, is an international and New York Times best-selling author. Her first memoir of the Cleveland kidnappings, Finding Me: A Decade of Darkness, a Life Reclaimed, tells the riveting details of what happened inside Ariel Castro’s home and also shares her tumultuous childhood. Her new book about life after her escape, Life After Darkness: Finding Healing and Happiness After the Cleveland Kidnappings comes out on the heels of the five year anniversary of reclaiming her life. It shares her inspiring journey to finding true friendship, healing, happiness and a life’s purpose advocating for victims of trauma and abuse. Knight and her story have been featured on Dr. Phil, The Today Show, Anderson Cooper 360, CNN, USA Today, Newsweek and People, among others.

A captivating speaker who shines in a moderated conversation format, Knight has appeared before audiences ranging from survivors and community groups to professional organizations in mental health, trauma survivorship, social services, and law enforcement. Committed to being a strong voice for victims, her unforgettable story and inspiring message continue to touch lives and make a positive impact around the world. Read Less ^

On Her Secret Struggle

Life After Darkness: Finding Healing and Happiness After the Cleveland Kidnappings

Famed talk show host Dr. Phil McGraw recently said, “In the 12 years of doing the ‘Dr. Phil’ show, no one has changed me like Michelle Knight and her story of survival.” Michelle Knight (now known as Lily Rose Lee) captured the world’s attention when she and two other women were discovered and freed after being held for more than a decade by notorious Cleveland kidnapper Ariel Castro. For years after being rescued, she faced questions: What happened after her escape? How do you get past trauma to live a happy and joyful life and trust again? Drawing from her inspirational book about healing and resistance, Life After Darkness, Knight shares her journey out of unspeakable trauma to a life focused on helping other victims find hope, healing and happiness.

Voice of the Victim: Helping Those Who Have Experienced Trauma

Even before her kidnapping by Ariel Castro, Michele Knight (Lily Rose Lee) had been a victim of domestic violence and sexual abuse seeking help. In this powerful presentation (also highly effective as a moderated conversation), Knight recounts her own personal story, providing invaluable insights and perspective for law enforcement, mental health, social services, education and other professionals. Framing experiences through the perspective of the victim, Knight provides memorable, actionable advice on showing empathy, gaining trust and fostering positive communication with those who are victims or survivors of trauma or abuse.

"All I can say is she “WOWS” people. She is quite an impressive young woman and a delight to work with. Everyone loved her. "

- Lucas County Board of Developmental Disabilities

Life After Darkness: Finding Healing and Happiness After the Cleveland Kidnapping

Finding Me: A Decade of Darkness, a Life Reclaimed: A Memoir of the Cleveland Kidnappings 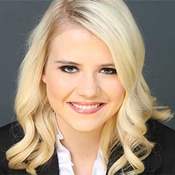 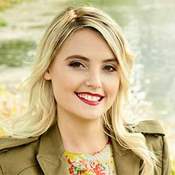