Sample some of the best American films over the past thirty-five years and there’s a good chance Mike Medavoy played in a role in the success of many of them. From agent to studio chief to producer, he has been involved with over 300 feature films, of which 17 have been nominated and 7 have won Best Picture Oscars. Mr. Medavoy’s numerous awards include: The Lifetime Achievement Award from the Cannes Film Festival in 1992, a star on Hollywood Blvd in 2005, Chevalier of the French Government’s Legion of Honor in 2009 and the Chilean Order of Bernardo O’Higgins Award in 2014. Read More >

Mr. Medavoy began his career at Universal Studios in 1964, where he rose from the mailroom to become a casting director. In 1965 he became an agent, representing clients such as Steven Spielberg, Francis Ford Coppola, John Melius, Terrence Mallick, Jane Fonda, Gene Wilder and many others. United Artists brought him in as senior vice president of production in 1974, where he was responsible for One Flew Over the Cuckoo’s Nest, Rocky, and Annie Hall, which won Best Picture Oscars in 1975, 1976, and 1977, respectively.

Other notable films included Apocalypse Now, Raging Bull, Network, and Coming Home. In 1978, Medavoy co-founded Orion Pictures where, during his tenure, Platoon, Amadeus, Robocop, Hannah and Her Sisters, The Terminator, Dances With Wolves, and Silence of the Lambs were released. Medavoy became chairman of TriStar Pictures in 1990, where he oversaw critically acclaimed box office hits such as Philadelphia, Terminator 2: Judgment Day, and Sleepless in Seattle among others.

As chairman and co-founder of Phoenix Pictures, Medavoy has brought to the screen: The People vs. Larry Flint, The Thin Red Line, Holes, Zodiac, Shutter Island, Black Swan, and The Long Road Home among many others.

In 2002, Simon & Schuster published Mr. Medavoy’s best-selling book, You’re Only As Good As Your Next One. Mike’s 2009 book American Idol After Iraq; Competing for Hearts and Minds in the Global Media Age, co-authored by Nathan Gardels, editor of the National Political Quarterly, reflects on the impact of media on U.S. foreign policy. Medavoy is currently working on his third book, exploring his heritage through the lens of his career, life, and family.

Mike was born in Shanghai, China in 1941 to Russian-Jewish parents who arrived in the early 20’s and lived in Chile from 1947-1957. He graduated from UCLA in 1963. He is married to Irena Medavoy, a founder of Team Safe-T. Mike Medavoy has two sons, Brian and Nicholas, and resides in Beverly Hills, California. Read Less ^

A Better Hollywood | The WorldPost

What Will Become of Hollywood? | The WorldPost

How China is Playing the Long Game in Filmmaking | The WorldPost

From The Mailroom to The Boardroom: Succeeding On Your Own Terms

You're Only as Good as Your Next One: A Lifetime in the Movies

Mike Medavoy, Former Chairman of TriStar Pictures, Reflects on His Career in The Entertainment Industry

Dedication of Mike Medavoy's Star on the Hollywood Walk of Fame 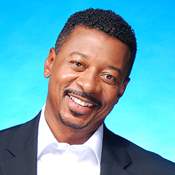