Sports enthusiasts and intellectuals alike know Myron Laurent Rolle as a gifted athlete, scholar, and philanthropist. Born on October 30, 1986, in Houston, Texas, to Whitney and Beverly Rolle of the Bahamas, Myron grew up in Galloway, New Jersey, as the youngest of five brothers, including Marchant, Marvis, Mordecai, and Mckinley. Read More >

During his formative years, Myron attended The Hun School of Princeton, where his athletic achievements on the football field gained national recognition. Following his senior season in 2006, ESPN’s recruiting services ranked him as the number one high school football prospect in the country, and his remarkable abilities earned him a staggering 83 scholarship offers from Division I institutions.

He ultimately chose to attend Florida State University (FSU) where he continued to excel on the field as a safety. In 2006, he earned All-Atlantic Coast Conference (ACC) honors and ACC Defensive Rookie of the Year. In 2008, he earned Associated Press 3rd team All-American honors and was named 2nd team All-ACC by the Football Writers Association of America. Following the 2008 regular season, the FSU coaching staff presented him with the Bill McGrotha/Spirit Humanitarian Award. He won The Touchdown Club of Columbus Male Athlete of the Year and was also a finalist for the Lott trophy, awarded to the Top Defensive Player in the Country.

Myron’s athletic prowess matched his academic excellence. He maintained a 4.0 grade point average throughout middle and high school and accumulated 21 advanced placement (AP) credits prior to his enrollment at FSU. Myron further defied athletic stereotypes by playing saxophone in the high school band, serving as sports editor of the school newspaper, and starring in the lead role in his high school’s production of “Fiddler on the Roof.”

At FSU, he completed all necessary pre-medical requirements and earned a Bachelor of Arts in exercise science in just two and a half years, all while maintaining a 3.75 grade point average.

Based on his scholastic achievements, strength of character, and instinctive leadership skills, Myron was awarded the prestigious Rhodes Scholarship upon graduation from FSU in 2008, enabling him to study at Oxford University in England. He became the fourth FSU student and only the second school athlete to receive such an honor.

His interview for the scholarship took place on the same day that FSU played ACC rival Maryland. Much to Myron’s relief (and that of his fans), the NCAA permitted him to take a chartered flight from his interview in Birmingham, Alabama, to College Park, Maryland, so that he could play in the game, which the Seminoles would go on to win 37-3. Myron postponed his National Football League (NFL) career to pursue a master’s degree in medical anthropology at Oxford during the 2009-10 academic year. He returned to his athletic career to be selected in the 6th round of the 2010 NFL draft by the Tennessee Titans.

Always a philanthropist, Myron volunteered for Habitat for Humanity in high school where he helped build homes in Florida and West Virginia. He started the Myron L. Rolle Foundation in 2009 dedicated to the support of three health, wellness, and education initiatives benefiting children and families in need.

Myron created Our Way to Health, an anti-childhood obesity program for Native Americans that began in the Seminole Tribe of Florida, then through the partnership of the US Secretary of Interior Ken Salazar expanded to the Navajo, Hopi, and Pueblo tribes.

In conjunction with the Florida Department of Children and Families and the Florida National Guard, Myron created the Myron Rolle Wellness and Leadership Academy designed to empower, equip, and uplift 100 Florida foster kids in a week full of leadership/nutritional training, character building, and guest speakers.

Myron is also building a free health clinic in Exuma, Bahamas, the homeland of his grandparents, to better service the residents of the family island.

Myron is driven by the fact that his parents sacrificed a way of life, friends, and familiarity of land by immigrating to the United States from the Bahamas. His repayment for this sacrifice is a steadfast commitment to maximizing each facet of his person while edifying the journeys of others in the process. Myron often remarks that he feels “an intrinsic motivation to be a leader and create a landscape for others to do the same. It is almost as if it was placed there before I came to know the world.”

Myron believes in the totality of person. He believes in enriching your life experience through fundamental principles that may accrue from an individual’s willingness to seek new opportunities in life. He read a Ben Carson book and now aspires to be a neurosurgeon. He answered a congratulatory phone call and now is the youngest ever Board of Trustee member at Hampden Sydney College. He met foster children at a random dinner in Tallahassee, Florida, and now advocates for this population. He read a newspaper article on obesity epidemics within Native groups and now he works closely to make their kids fit. He spoke at a Clinton Global Initiative event and now has traveled with the Clinton group to Rwanda and the Democratic Republic of Congo. He chose Oxford University over the NFL and now is a role model for student-athletes.

As a young man, Myron hopes to be an inspirer of dreams, an educator of purpose, a teacher of fitness, and a leader for many. Read Less ^

Equip Your Tool Belt Is A Five-Layered Speech That Touches On Some Of The Key Facets Of One’s Person That Can Help Individuals Find Purpose And Vision For The Future. This Is An Easily Digestible Metaphorical Talk For Younger Audiences.

Named After A Play On William Shakespeare’s Quote Used To Illuminate Black History, This Talk Is Meant To Invigorate Audiences In The Present And Motivate Them Into The Future.

Myron Rolles Delivers This Service-Oriented Speech To Challenge Audiences To Mobilize Their Intrinsic Passions. This Example-Laden Talk Connects On A Personal Level With Students, Young Professionals, And Beyond.

This Health-Focused Discussion Touches On Personal And External Controls On The Obesity Epidemic And How A “Remote Control” Analogy Can Help Make Sense Of The Leading Obesogenic Scholars’ Findings.

It’s Work! How Will You Show Up?: 99 Tips, Turns, and Lessons Learned from a Panel of One 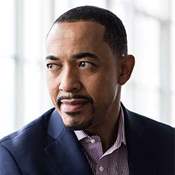 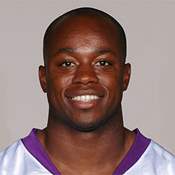