Best known for writing, producing, and starring in the widely acclaimed film My Big Fat Greek Wedding, Nia Vardalos is an Academy Award-nominated writer, actor, director, and producer, as well as an adoption advocate. Read More >

While making small appearances in sitcoms such as The Drew Carey Show and Two Guys and a Girl, Vardalos began writing a screenplay about her wedding to husband and fellow actor Ian Gomez. Unable to get the screenplay produced, she turned the material into a stage performance. "My Big Fat Greek Wedding" soon began commanding sold-out performances and drew the attention of Hollywood heavyweight couple Rita Wilson - herself a member of the Greek community - and her husband Tom Hanks.

Since then, she has written, produced, and starred in a number of acclaimed comedies, includingConnie and Carla with Toni Collette and David Duchovny, My Life in Ruins with Richard Dreyfuss, and I Hate Valentine's Day.

Nia Vardalos is the author of Instant Mom - due for publication in April 2013 - a witty, honest, and poignant road-to-parenting story about the circumstances that led to the adoption of her daughter, the daily chaos of parenting, and the inspiration for her becoming a major advocate for adoption. With her signature comedic flair and candor, Vardalos opens up about the heartaches and headaches, tears and laughter that make up what it means to be a parent in Instant Mom and her keynote presentations.

Born and raised in Winnipeg, Canada, Vardalos studied theater and music at Toronto’s Ryerson University. She followed her natural instincts for comedy and took a job at the box office of Toronto’s Second City Theater, the home of comedy’s famed SCTV. Soon thereafter, when one of the performers fell ill, Vardalos volunteered herself on stage as a last minute addition to the cast. Having spent hours studying the show from the back of the theater, Vardalos convinced the producers that she knew the sketches and could step in. Her performance so impressed the producers that she was given a permanent spot in the troupe as a performer and writer. She then relocated to Chicago’s Second City ensemble where she went on to win Chicago’s Jeff Award for Best Actress.

Vardalos made her directorial debut in 2009 with the comedy I Hate Valentine’s Day, which she wrote and co-starred in with My Big Fat Greek Wedding alum John Corbett.

Having become one of Hollywood’s most sought-after comedic actor/writers, Vardalos went on to co-write the box-office hit Larry Crowne starring Tom Hanks and Julia Roberts and is currently penning the “anti-romantic comedy” Leftovers, in which she will star and produce for Paramount Pictures.

She continues to make guest star appearances on television series such as Curb Your Enthusiasm, Grey’s Anatomy, Cougar Town, and The Good Guys.

In addition to her extensive writing, producing, and acting career, Vardalos fundraises for the underprivileged and is a spokesperson for National Adoption Day. Read Less ^

Nia Vardalos shares her witty, honest, and poignant road-to-parenting story, sharing the circumstances that lead to the adoption of her daughter, the daily chaos of parenting, and the inspiration for her becoming a major advocate for adoption.

"We are so very grateful for your participation in bathing this year’s conference in such warmth and “heart.” As we’ve been focused for twelve years on elevating the way women feel about themselves, each other, and possibility, we were greatly impacted by your heartfelt stories. Your connection with the girls was immediately felt when you shared that you had a daughter close to their age. Thank you again for your humanity and the pleasure of your personality. You are awesome and amazing!"

"Nia Vardalos could not have been a better match for our fundraising event! The mission of Children’s Home Society is to promote the right of every child to a permanent, safe, and loving family, and Nia’s honest and poignant story of her experience with adopting from foster care related ideally to the work we do. Her enthusiasm and passion for the cause were contagious. She had everyone in the audience laughing and crying.

Nia was incredibly personable and gracious with our sponsors, donors, and guests both at the VIP reception and book signing. She had the same upbeat energy level with the last book signed as she did with the first. She also genuinely bonded with many of our guests who have a personal connection with adoption.

There is no doubt that Nia positively impacted our fundraising efforts, as well as cast a positive light on adoption from foster care.

We have had overwhelmingly positive feedback from attendees. Here is a quote from one of our major sponsors, “Yesterday’s event was probably my most favorite CHS event ever! Nia was wonderful and genuine – the whole program from start to finish was flawless!” One guest described Nia in a post on Facebook, “So friendly, down-to-earth, and funny!”

As for the CHS staff, we were disappointed when she had to leave to catch her flight. We felt like we had made a new friend. She was wonderful to work with." 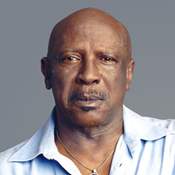 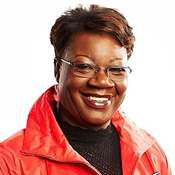 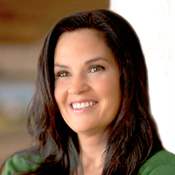