Menkes’s honors include a Los Angeles Film Critics Association Award, a Guggenheim Fellowship, two fellowships from the National Endowment for the Arts, an AFI Independent Filmmaker Award, a Creative Capital Award and an International Critic’s Award (FIPRESCI Prize) for the feature documentary Massaker which premiered at the Berlinale in 2005. In 2011, her feature film The Bloody Child (1996) was named one of the most important films of the past 50 years by the Viennale International Film Festival, Austria. In 2022 she was commissioned to create the official Viennale Trailer for the 60th Anniversary of the festival, along with other major directors including Claire Denis, Ryusuke Hamaguchi Albert Serra and Sergei Loznitsa.

Most recently, Menkes has been touring with her 2022 feature documentary BRAINWASHED: Sex- Camera-Power, made with support from Tim Disney, Susan Disney Lord, Abigail Disney, and the EOS World Fund. BRAINWASHED has been honored with screenings at major A list international film festivals including Sundance, the Berlinale, CPH:DOX, BFI-London, IDFA, Frameline, Karlovy Vary and the Viennale. Released by Kino Lorber in the US and internationally, it was awarded the 2022 Female Empowerment Seal by the Critics Choice Association.

Two of Menkes’s early feature films, Queen of Diamonds and The Bloody Child, both starring Tinka Menkes, were selected for restoration by the Academy Film Archive and Scorsese’s Film Foundation, with funding provided by the Hobson/Lucas Family Foundation. Queen of Diamonds was widely hailed as “a modern masterpiece” when it was re-released in 2019, and a Blu Ray box set of all her narrative features is due out in late 2022, by Arbelos Films.

Menkes holds an MFA in Film Production from UCLA, is a directing member of The Academy of Motion Picture Arts and Sciences (AMPAS) and on faculty at California Institute of the Arts. Read Less ^

"No less than David Lynch, Ms. Menkes is an artist of the unconscious for whom the creative and the spiritual quest are one and the same. A cinematic sorceress of the self."

"Menkes has more to say on the subject of violence than any American director since Peckinpah and Cassavettes."

"Fierce and focused…Brainwashed is a bracing blast of critical rigour, taking a clear, cool look at the unexamined assumptions behind what we see on the screen."

"Menkes is a real no-bullshit breath of fresh air. With a torch. And with any luck, she’s heading your way to set fire to something, soon."

"Nina Menkes is going to change the world… Brainwashed is one of the most important films anyone can watch right now!” 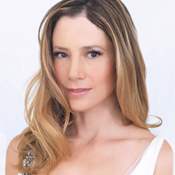 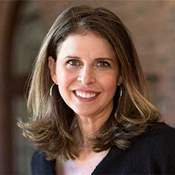 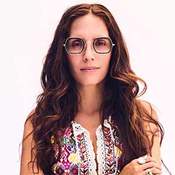