Born and raised in Alaska, National Slam Poetry Champion Noël Jones moved to New York City in 1994 to become a jazz vocalist. Upon discovering slam poetry in 1997, she battled her way to a national championship with Team NYC-Urbana at the NPS championship in Providence, Rhode Island, in 2000. Featured on 60 Minutes and in The New York Times, Jones was elected to be part of an all-woman tour introducing slam poetry to Denmark, where she won the Amazon Mermaid Slam in Copenhagen and performed on Danish radio and television. Read More >

Jones is winner of the Campbell Group Invitational Slam in Baltimore, Maryland, and was chosen in 2001 as one of six poets for the Atlantic Center for the Arts residency with Saul Williams in New Smyrna Beach, Florida. Among other appearances, Jones has been featured at the YWCA Student Association's National Convention in Phoenix, Arizona; at the South by Southwest Music Festival 2001 in Austin, Texas; on New York's Studio Y on the MetroChannel; Boston's Stand-Up Poetry on BATV; NPR's “Infinite Mind”; and KNBA's “Morning Lone” in Anchorage, Alaska.

Jones taught poetry to at-risk youth at East Side Community High School as part of Rosie Perez’s Working Playgrounds program and to women inmates on Riker's Island in conjunction with Youth Aloud, while continuing to make University appearances on the road, including Washington State University, University of California-Davis, Yale, and Princeton.

Noël Jones lives in Easton, Pennsylvania, where she is a prominent activist and community organizer and has created a community blog, Neighbors of Easton, focused on spreading political will and inspiring residents to become civically engaged citizens. She is engaged in developing a teen slam poetry organization for the Easton area; writes for a local paper, The West Word; is finishing her first novel; and is editing a collection of poetry.

Jones took time away from the performance scene to focus for a year on her songwriting to produce the series The Songwriter’s Syndrome at The Bowery Poetry Club, which culminated in a recording by the Smithsonian Archives Folk Collection with Jack Hardy. Jones decided to finish her creative writing degree at Hunter College and was nominated by professor and two-time Pulitzer Prize nominee William Pitt Root to participate in an international writer’s residency in Prague, where she received a scholarship to workshop with Richard Jackson and Cynthia Hogue.

Upon returning to New York, Jones continued performing for causes dear to her heart, such as The New York Women’s Foundation and its program for teen girls. “These programs are critical as the latest wave of feminism seeks to empower girls and young women who often still lack the confidence to stand up to speak in public. It is important for them to see female role models not just standing up, not just speaking, but speaking fearlessly and powerfully in the company of men.”

Jones also enjoys collaborating with other artists in a multi-media capacity. One of her projects is *blink*, a dance & technology collaborative performance choreographed by Baltimore-based Movement/Addiction Dance Company in 2005. Jones also collaborated with multi-media artist Nicky Enright at the Performa! Festival at El Museo in New York City in 2009 and reunited with friend and former slam poet H.M. Naqvi on a reading tour for his novel, Home Boy. Read Less ^

Slam Poetry as a Tool for Empowering Girls & Young Women

Jones uses her powerful command of language to provide young women with an understanding of their true potential and place in society. Says Jones, "These programs are critical as the latest wave of feminism seeks to empower girls and young women who often still lack the confidence to stand up and speak in public. It is important for them to see female role models not just standing up, not just speaking, but speaking fearlessly and powerfully in the company of men."

Spoken Word as a Means of Reducing Violence in Our Community

Violence, especially among our youth, is often a result of feeling powerless, unheard and alone. Living in a culture, and educational system, where the self-expression of strife that our youth are often experiencing is regularly punished, slam poetry provides a forum and a creative outlet for all that energy which will be championed and applauded. Read More >

In this inspiring keynote speech, Jones highlights how our young people can find creative outlets to not only express themselves, but empower themselves in their daily lives. Read Less ^

Spoken Word as a Call to Activism in Our Communities

As an activist in her community, Jones finds it rewarding to see how her ability to stand up at City Council and Town Hall meetings to take on elected officials emboldens other citizens to do the same. In this keynote presentation, Jones details her own experiences using spoken word as a call to activism in her own community, and expresses how others can do the same. Read More >

Jones details the transformation of her friends, family and neighbors from politically disenfranchised and silent citizens to an engaged electorate excited about their role in democracy. Read Less ^

There are two major challenges to consider when teaching spoken word performance in our public schools. First, we must get kids to write their own poetry—that's the easy part, because they virtually brim with talent. Second, we must establish a sense of confidence in them that they can not only get up and speak, but master the attention of an auditorium full of their high-energy peers. 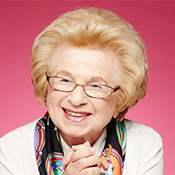