Oscar Nuñez is best known for playing Oscar Martinez on NBC's The Office. He has won an Emmy, two SAG Awards, an ALMA Award, a TV Land Award and an Impact Award from the National Hispanic Media Coalition for the role. Read More >

Oscar is also recognized for his roles in the movies The Proposal, The 33, and Baywatch. He has guest starred on TV shows like The Goldbergs, Shameless, Zoey’s Extraordinary Playlist, Curb Your Enthusiasm, Brooklyn Nine-Nine, It’s Always Sunny in Philadelphia, American Housewife, NCIS: L.A., New Girl, Life in Pieces, Reno 911, iZombie and more.

He lent his voice to such animations as Bob's Burgers, Home, 3 Below, Firebuds and Where’s Waldo? Oscar co-created and starred in his own Comedy Central series Halfway Home and was a series regular on both the USA legal comedy Benched and the TBS sci-fi comedy People of Earth. Oscar most recently recurred on Mr. Iglesias for Netflix, for which he was nominated for an Imagen Award.

He can soon be seen in Disney’s upcoming Enchanted sequel Disenchanted (with Amy Adams and Maya Rudolph) and the Paramount feature The Lost City (with Sandra Bullock and Channing Tatum). Read Less ^

Behind the Oscar Martinez Character on ”the Office” | Peacock

A Conversation with Oscar Nuñez 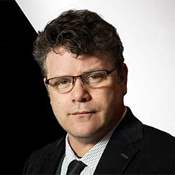