Journalist & Expert on Caregiving for the Elderly

Paula Span is a respected journalist who currently writes The New Old Age blog for The New York Times, in which she explores the inter-generational challenge we face caring for adults over age 80—the fastest-growing segment of the population. Read More >

Span spent much of her career at The Washington Post as a New York-based correspondent covering such subjects as the AIDS epidemic, financial industry upheavals, urban life and development, and arts and culture. She also published stories about “drag” bingo, oddball off-Broadway musicals, and Martha Stewart. After moving on to The Washington Post Magazine, she wrote long cover stories about veterans’ problems with the military disability system, the future of retirement, and competitive skateboarding. She has also written for a variety of other publications, including The Philadelphia Inquirer, The Boston Globe, The Wall Street Journal, Newsweek, New York Magazine, Esquire, Parenting, Glamour, Ms., and several city magazines.

Span is the author of When the Time Comes: Families with Aging Parents Share Their Struggles and Solutions. As an expert on such issues as assisted living, hospices, and coping with a loved one’s lack of independence, she speaks to audiences around the country on the various aspects of caregiving for our aging population.

Paula Span also trains the next generation of journalists at the Columbia University Graduate School of Journalism, where she was the 2009 Distinguished Teacher of the Year. Read Less ^

"Paula is a great speaker. She made her talk very personable as well as resourceful. It wasn’t just about the challenges of caregiving, it was also about some of the solutions. She was very easy to talk to and get along with. She just couldn’t be a better person. I highly recommend her."

When the Time Comes: Families with Aging Parents Share Their Struggles and Solutions 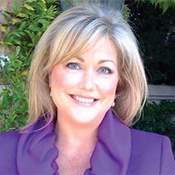