Peter Hillary has accomplished things in his lifetime that others can only dream about.  His determination, willpower and persistence have led him from the tops of the world’s highest mountains to the most desolate and dangerous ocean waters.  The name Hillary has been synonymous with adventure and exploration since his father, Sir Edmund Hillary, became the first man to reach the summit of Mount Everest 55 years ago.  Read More >

After growing up listening to the legendary stories of his father battling the elements of Everest, Hillary was inspired to follow in his footsteps.  In 1990, with his father in mind, Hillary climbed Everest to become the first father and son pair to have survived the mountain’s deadly elements and reach the summit.  Hillary and his father also hold the distinction of being the first two generations of one family to reach the South Pole overlands from the Antarctic Coast, with both men establishing new routes.

Since, the death of his father, Hilary was honored by the Queen of England and presented with his father’s Garter Banner, the symbolic crest that represents his father’s induction into the Queen’s 24 Knights of the Order of the Garter. Celebrating the 55th anniversary of his father’s historic climb, Hilary is helping to raise funds for schools and hospitals throughout the Himalayas through a celebratory dinner at 13,000 feet. His father’s passing has added resonance to his family’s work and a renewed vigor to challenge new heights. Climbing the highest peaks on six continents, Hilary will now attempt to conquer Mt. McKinley, Denali, in Alaska to achieve his “7th summit.”

Hillary has lived a life of adventure and excitement.  He was also the first person to descend Mt. Aspiring, the Matterhorn of the Southern Hemisphere, on skis.  Hillary, along with his father and astronaut Neil Armstrong, made a difficult voyage in a small aircraft to the barren hills of the North Pole.  His expedition in the Himalayas led to the first high-altitude traverse of the Himalayan Range in 1981.

Today, in addition to his voyages, Hillary is the owner and operator of his own adventure travel company, leading novice hikers up some of the world’s most difficult climbs.  He recently starred in National Geographic’s film Surviving Everest, which followed him on another ascent to commemorate his father’s climb 53 years earlier.  When he is not busy exploring the world, Hillary is an avid writer, having authored four mountaineering books and a children’s book.  His remarkable stories have been documented in numerous media outlets, including The Late Show with David Letterman, Good Morning America, the Sydney Morning Herald and The New York Times.

Despite the high-risk nature of his expeditions, Hillary’s survival is a testament to one of his greatest strengths: his judgement.  In presentations he talks about developing this as well as seeing excitement in uncertainty, balancing risk with caution and achieving extraordinary goals through preparation, perseverance and passion.  Hillary’s speeches combine heart-stopping excitement and humor with practical applications. Read Less ^

Climb Your Own Everest

To the Ends of the Earth 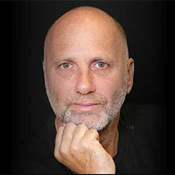 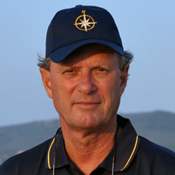