Peter Lance is a five-time Emmy-winning investigative reporter and lawyer now working as a screenwriter and novelist. With a masters degree from the Columbia University Graduate School of Journalism and a JD from the Fordham University School of Law, Lance spent the first 15 years of his career as a print reporter and network correspondent. Read More >

He began his career as a reporter for his Rhode Island hometown paper, The Newport Daily News. There, he won the coveted Sevellon Brown Award from the AP Managing Editors Association. Lance next moved to WNET, the PBS flagship in New York, where he won an Emmy and the Ohio State Award as a producer/reporter for Channel 13's news magazine The 51st State. Later, while working as a writer and producer for WABC-TV, Lance won his second Emmy along with the Robert F. Kennedy Journalism prize for Willowbrook: The People vs. the State of New York, an exposé on a notorious institution for the mentally retarded.

While getting his law degree, Lance worked as a Trial Preparation Assistant in the office of the District Attorney for New York County. Moving to ABC News as a field producer in 1978, Lance won yet another Emmy for his investigation of an arson-for-profit ring in the Uptown neighborhood of Chicago. In 1981, Lance became Chief Investigative Correspondent for ABC News. Over the next five years, he covered hundreds of stories worldwide for ABC News, 20/20, Nightline, and World News Tonight. He was a member of the first American crew into Indochina after the end of the Vietnam War; he chased rebel insurgents through the Plaine Des Jarres in Laos and members of the Gambino Family through the toxic wastelands of New Jersey; he tracked knife-happy surgeons in the Deep South and nuclear terrorists through the twisted streets of Antwerp. Then, in 1987, he decided to hang up his spurs.

Lance came to LA and began working as a writer and story editor for Crime Story and Miami Vice. In 1989 he became the co-executive producer and "show runner" on the fourth season of Wiseguy for CBS and in 1993 he co-created Missing Persons, the ABC series starring Daniel J. Travanti. In recent years, he has served as a writer and consulting producer on such series as JAG and The Sentinel. In 1997, Lance's first novel, First Degree Burn, became a national bestseller. The film-noir mystery features FDNY Fire Marshal Eddie Burke.

Lance adapted Veil: The Secret Wars of the CIA, Bob Woodward's bestseller on William Casey, for HBO. For Showtime he wrote Terror.Net, the story of Bradley Smith, the courageous Diplomatic Security agent responsible for helping apprehend the world's most notorious terrorists.

Lance spent the summer of 2000 interviewing Richard Hatch as he plotted his way to the chest full of cash on the hit reality show, Survivor. The result was Lance's best-selling non-fiction investigative biography, The Stingray: Lethal Tactics of The Sole Survivor. He also wrote and executive produced The Riverman, his adaptation of the best-selling book, The Green River Killer and Ted Bundy, by Dr. Robert D. Keppel and William J. Birnes.

Lance has received wide acclaim and extensive media coverage for his books, the following three of which have been optioned for the big screen: Cover Up: What the Government is Still Hiding About the War on Terror; 1000 Years for Revenge; and his latest, Triple Cross: How bin Laden’s Master Spy Penetrated the CIA, the Green Berets, and the FBI – and Why Patrick Fitzgerald Failed to Stop Him. He has done over 100 television and radio interviews, having regularly appeared on the late night radio series, “Coast to Coast AM,” which boasts over 12 million listeners – the largest radio audience in the country. His work has been featured in Newsweek, The New York Times Magazine, The Washington Post, The Chicago Sun Times, and The Miami Herald, and Dan Rather aired two separate specials on 1000 Years for Revenge on CBS Evening News. Read Less ^

9/11: How the Commission Report was a Whitewash & How American Remains at Risk from al Qaeda

The Phenomenal Growth of Radical Islam: The Greatest Threat to US Security Since the Cold War & Communism

The Timeline of Terror: The Great Intelligence Failure of 9/11

The New "Espionage" of Our Day 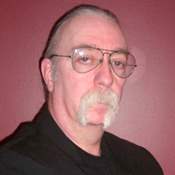