Peter Ricchiuti is the business school professor you wish you had back in college! He teaches at Tulane University’s Freeman School of Business where his insight and humor have twice made him the school’s top professor. Most recently, his economics class at Tulane was named as the best college course on the planet by the prestigious Wharton-QS Stars Awards, an international competition recognizing innovative approaches in higher education that enhance learning and student employability. Competitors came from almost 500 other universities, representing 43 countries. Read More >

Ricchiuti started his career with the investment firm of Kidder Peabody and later managed over three billion dollars as the assistant treasurer for the state of Louisiana. In 1993 he founded Tulane’s highly acclaimed Burkenroad Reports student stock research program. He also hosts a popular weekly business show on National Public Radio in New Orleans called “Out To Lunch” and recently published his first book, Stocks Under Rocks.

He has been featured on CNN and CNBC as well as in The New York Times, Barron’s, The Washington Post and The Wall Street Journal. Over the past twenty years, Peter Ricchiuti has addressed more than 1000 groups in 47 states and several countries. He has presented to a wide variety of audiences including workshops for the New Orleans Saints. Read Less ^

The Economic Winds: Where Will They Take Us

Pulling an All Nighter: Personal Financing

Market Signals: What the Financial Markets Are Telling Us Now

The Four Most Dangerous Words in Finance: “This Time It’s Different!”

Stocks Under Rocks: How to Uncover Overlooked, Profitable Market Opportunities

"Peter was very good. Our division president got a lot of positive feedback. It was the perfect blend of economics and entertaining stories/jokes. Even our group president was laughing. And, although there was no time for Q&A, at least two clients talked to him afterwards. Thanks for all of your help over the years."

"Peter was phenomenal! He is the professor I wish I'd had in college! His presentation was informative and funny! The audience was completely into it, and their comments afterwards reaffirm it!"

"You are certainly the highlight of each conference!  You have become a tradition with us and we would be honored if you can join us again next year."

"I can't tell you how many people commented on both the superb quality of the content and presentation style of your keynote address."

"Not only was your presentation insightful, it was, by a wide margin, the most energetic and entertaining presentation I have ever seen."

"Thank you so much for a wonderful performance last week! The attendees, I think, want you to conduct the whole meeting for 2002!"

"You're right - you are the professor we all wished we had in college! What a great presentation! You would think people would be ready to go home on the last morning of a conference, but I do believe they would have stayed for another hour or two to enjoy your work. Thank you for closing our conference with a "bang" and giving our attendees food for thought on their way home."

"All I can say is that you outdid yourself. There were many, many favorable comments from attendees, and everyone was just thrilled that you had been asked to be a luncheon speaker at the Conference. Your enthusiasm and energy is contagious, and it carried over through the balance of the entire evening."

"I reviewed the evaluations closely and the average rating ranged from 6 to 7, and even though the scale only went up to 7, you received a few 8s! Specific comments include: ‘His session was better than what was described in the newsletter;’ ‘Outstanding—best in a long time!’; ‘Excellent, Energizing!’; ‘Bring this guy back!’; ‘Awesome!’"

Stocks Under Rocks: How to Uncover Overlooked, Profitable Market Opportunities 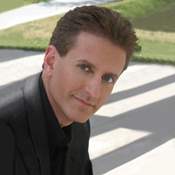