Dr. Peter Salgo—an experienced medical correspondent, professor and practicing physician—is one of this country's most respected health care futurists.  In addition to having spoken before hundreds of professional and lay audiences, Dr. Salgo has published articles on such timely issues as drug pricing schedules in the United States as compared to those of other Western nations; Chronic Fatigue Syndrome; the current progress of fetal surgery; Retin A—its risks and benefits; plastic and cosmetic surgery; and AIDS—its effects upon its victims and the health care system in general. Read More >

His recent book, The Heart of the Matter examines the groundbreaking new developments in heart attack prevention. It offered a clear plan for all Americans to avoid premature death.

Dr. Salgo wrote, produced, and anchored four broadcasts per week for CNBC's America's Vital Signs. He served as a correspondent with WCBS-TV News—writing, producing, edited, directing, and commenting upon medical news and education issues for more than 20 years.  One of his reports, entitled AIDS and the Homeless, won an Emmy Award for Broadcast Journalism. Others included in-depth looks into infertility, radiation treatment, heart assist techniques, and the future of modern medicine. Additionally, Dr. Salgo has served as a medical consultant for dramatic series on all three major television networks. He has been a frequent guest on NPR’s “The People’s Pharmacy.”

Dr. Salgo is the recipient of numerous awards, including an Emmy Award for Outstanding Coverage of a Continuing News Story, an Emmy nomination for Outstanding Coverage of an Instant Single Breaking News Story, an Associated Press Award for Best Continuing News Coverage, the Broadcasting Award from the American Society of Emergency Physicians, the Community Service Award from the Medic Alert Foundation, and the Howard W. Blakeslee Award for Journalism from the American Heart Association

Dr. Salgo helped organize the emergency response of his hospital during the 9/11 crisis and has remained active in promoting preparedness against bio-terrorism since that time.

Educated at Columbia University and Columbia University College of Physicians, Dr. Salgo, in addition to his continuing broadcast work, practices Intensive Care Medicine at Presbyterian Hospital in New York City where he is the Associate Director of Surgical Intensive Care. He teaches Internal Medicine and Anesthesiology at his alma mater where he is a Clinical Professor of Medicine and Anesthesiology, Read Less ^

Keeping people healthy, rather than treating them once they become ill, has become a topic of great interest; implementing “wellness” means reaching out beyond the established norms of traditional practices.

A health care industry that consumes about a fifth of our gross national product is an enormous entity. And for some, the Affordable Healthcare Act has sown the seeds of uncertainty. As tempting as it is to examine the fine structure of this legislation, it is far more critical to take a look at the larger healthcare landscape of which the act is now a part.

While attempting to reorganize healthcare finance, the Affordable Healthcare Act doesn’t truly change the focus of the healthcare enterprise. What is it about modern medicine that is truly remarkable and essential? Not billing practice or new ICD codes, but the application of science, technology and grace to patients in need; basic simple humanity at the heart of medical practice has been lost.

A great deal of the healthcare discussion in the US has centered on money, since it’s a simple metric to measure. However, healthcare has been traditionally focused on delaying death and prolonging a high quality of living. Doctors, nurses, hospitals and group practices work hard to make the lives of their patients better, longer and more productive. Audiences attending this presentation will discover what’s in store for the Affordable Healthcare Act, and how we might be able to repair the future of the American healthcare system.

The Future of Modern Medicine

The Heart of the Matter

"We got a really good feedback and everybody is extremely happy with the event.  We wouldn’t have achieved this success without Peter’s contribution!

It was a real pleasure to meet him, to work with him, to talk with him and to learn from his experience." 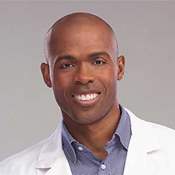