Dr. Ian Smith is the author of the #1 New York Times bestselling books, SHRED: THE REVOLUTIONARY DIET, SUPER SHRED: The Big Results Diet, BLAST THE SUGAR OUT, The Clean 20, THE ANCIENT NINE, CLEAN & LEAN and eleven other books with millions of copies in print. His latest book, FAST BURN, was released in April 2021 and immediately hit the NY Times bestseller list also. Read More >

He also served as the medical/diet expert for six seasons on VH1’s highly-rated Celebrity Fit Club. He is the creator and founder of the national health initiatives The 50 Million Pound Challenge and The Makeover Mile. Dr. Smith is the former medical correspondent for NBC News Network and NewsChannel 4 in New York, where he filed reports for NBC Nightly News and The Today Show as well as WNBC's various news broadcasts. He has appeared extensively on numerous broadcasts, including The Oprah Winfrey Show, The View, Dr. Oz, Steve Harvey Show, The Talk, Larry King Live, Anderson Cooper 360, CNN, MSNBC, and many more. He has written for various publications including Time, Newsweek, Men’s Fitness, and the New York Daily News. He has been featured in several other publications including, People, Redbook, Details Magazine, Essence, Ebony, Cosmopolitan, and Black Enterprise.

A highly sought-after speaker, Dr. Smith's work has been honored by several organizations, including the National Academy of Television Arts & Sciences for his coverage on the momentous events of September 11th, 2001. He is also very active in charitable causes. Dr. Smith has also served on the boards of the American Council on Exercise, the New York Mission Society, the Prevent Cancer Foundation, The New York Council for the Humanities, and The Maya Angelou Center for Health Equity.

Dr. Smith graduated from Harvard College with an AB and received a master’s in science education from Teachers College of Columbia University. He attended Dartmouth Medical School and completed the last two years of his medical education and graduated from the University of Chicago Pritzker School of Medicine. Read Less ^

How to Spot COVID-19 In Children | The Doctors

Is It Possible to Get COVID and the Flu at the Same Time? | The Doctors

Health disparities in this country continue to stain the supposed health equality intentions that have been advocated for decades.  Why do the less fortunate – financially and educationally – continue to see skyrocketing rates of disease, suffering, and death?  Sometimes the system that means well simply doesn't get it. Read More >

Happy: Simple Steps to Get the Most out of Life

Happiness isn’t the too-brief rush that comes from getting something you’ve wanted—it’s the lasting great feeling that comes from becoming someone you want to be. And someone others want to be with, too. No matter where you start, Happy can help you improve your life and permanently alter your level of happiness. Dr. Ian has inspired millions to lose weight. In counseling dieters, Smith learned that while achieving hard-fought goals can help make a person happy, even real accomplishments may not make happiness stick. Read More >

In Happy, Dr. Ian Smith presents a simple program that motivates readers to understand the behaviors and mind-sets that work and last, including: Read Less ^

Shrinking the Gap: It’s About Time

“The Blackbird Papers” – Releasing Your Creativity

The Truth About Men: The Secret Side of the Opposite Sex 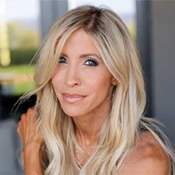