For over 20 years, Phoebe Eng has helped leading companies and organizations tap into the power of globalism and diversity to spur innovation. In her international lecture series, Fluency: The Art of Crossing Borders, Eng has helped several industries – from media and telecommunications, to healthcare and wellness, to consumer products, technology, finance, and the public sector – to design innovative, “border busting” initiatives and breakthrough conversations that benefit the bottom line. Fundamental to Eng’s approach is the importance of amplifying the voices of women and diverse communities in our nation’s cities, companies, and communities. Read More >

Eng describes the phenomenon of "cultural fluency," the ability to understand, and be understood, across perceived boundaries and among many communities. She demonstrates how the ability to be "fluent" will be critically important to leaders in a world where borders of all kinds are disappearing. She elaborates on how policy, program goals, and definitions of leadership change when we truly embrace the fundamentals of "fluency."

In her presentation, Eng will provide concrete examples of communities, organizations, and social movements in the midst of change. She features the most fluent practices that have led to new models of opportunity enhancement, leadership development, team building, and community involvement in both public and private sectors. She also helps a community explore its role in a wider international context. As a global economy and a transnational identity begins to take shape, how can "cultural fluency" transform an organization into a 21st century innovator?

Recently, Eng has worked with several Fortune 100’s, including Procter & Gamble, IBM, and JP Morgan Chase, foundations, universities, and civic associations such as the National League of Cities and YWCA.

Applying her “rules of fluency” to the arts & entertainment field, Eng founded Creative Counsel, the New York and Los Angeles-based media company that harnesses the talent and diversity of creative artists in the film, music, and literary world to bring attention to causes that matter. Through its civic initiative, Lead Creatively, it has presented the Making Real the Dream concert series, and the Voices of Katrina multimedia collection, to remind our nation of its deeply held values of equality, diversity, and community.

As Vice Chair of the Ms. Foundation for Women, Eng helps to elevate the role of diversity, media, and communications in all aspects of the foundation’s work. She also sits on the Advisory Board of Working Mother Media’s Best Companies for Women of Color initiative, which produces an annual corporate best practices list. In 2005, Eng co-founded the national think tank, The Opportunity Agenda, which seeks to build the national will to expand opportunity for all.

Over the last decade, Eng has helped spearhead several networks for women, including the Asian Pacific American Women’s Leadership Institute and the corporate-focused Asian Women Leadership Network (now the largest Asian women’s network in the country.)

She received the New York City Mayor’s Innovator Award, the Arthur T. Vanderbilt Medal, and a Distinguished Service Award from NYU School of Law, and started her career as a mergers and acquisitions attorney in New York and Hong Kong.

Eng is the author of Warrior Lessons, a memoir about empowerment and leadership.  Her work has been featured in The New York Times, The Wall Street Journal, CNN, A&E, NPR and Newsweek, and in the books of political, business, and social science leaders, such as in John Naisbitt’s Megatrends Asia, Mary Pipher’s The Middle of Everywhere, Marie Wilson’s Closing the Leadership Gap: Why Women Can and Must Help Run the World, and Robin Morgan’s Sisterhood Is Powerful. Read Less ^

Walking the Talk of Diversity

As our institutions become more diverse, what are industry leaders doing to increase communications and opportunity among its members and markets? How can we develop a deeper understanding of the histories, cultures, and perspectives of others so that we create meaningful programs, walking the talk" of diversity? Read More >

Join award-winning author and strategist Eng as she describes the concept of "cultural fluency," the ability to understand, and be understood, across perceived boundaries and among many communities. She will demonstrate how the ability to be "fluent" will be critically important and valuable to leaders in a world where borders of all kinds are disappearing. She will show you how workplace and marketing practices, policy, program goals, and definitions of leadership change when we truly embrace "fluency" fundamentals.

Through inspiration, humor, and anecdotes of her experience working with some of the nation's most innovative companies, governments, and institutions, Eng will tell the success stories that show how each of us can be a change maker. This session will also help your institution explore its role in a wider international context -- she'll show you how in a global economy, "cultural fluency" can transform your team into a 21st century innovator. Read Less ^

The Fluent World: A Glimpse into the Future

"The Global Awareness Program Committee was excited with her presentation and pleased with the opportunity to have her share in our two day program. Phoebe motivated our students and created an amazing interaction—the question and answer session was the perfect lead-in to our Student Panel Discussion. Phoebe accomplished in two hours what takes some of our instructors weeks to accomplish and that is to get our students to think critically."

"Phoebe spoke to an audience of around 240 students, administrators, faculty and staff.  Some of the comments from the evaluation forms include: She is a good speaker; A wonderful speaker for our generation; Very informative!; Good choice for a speaker on this topic; Her example of hate crimes really got my attention."

"On behalf of the Board of Directors and staff of the International Downtown Association, we would like to thank Phoebe Eng for a great keynote speech at the 49th Annual Conference in Cleveland. Conference attendees responded with great enthusiasm to your message. With the help of speakers like her, IDA continues to achieve high standards of quality in our conference programming. We appreciate her time, energy and expertise."

"She was just super. A wonderful warm and interesting person, and a great speaker. We hope that she liked being at Bryant as much as we loved having her there. She got the conference off to a great start!"

"Our goal was to enhance the workforce’s awareness and understanding of the value of diversity. Her keynote address made that goal a reality. Ms. Eng’s presentation was both educational and inspirational. Attendees enjoyed the blend of candor and humor with which she shared her knowledge as well as her personal life experiences."

"Many thanks for all of your help with the arrangements for Phoebe Eng as a keynote speaker for the Women’s Summit at Bryant University. Phoebe did a great job as an opening keynote speaker and is wonderful to work with." 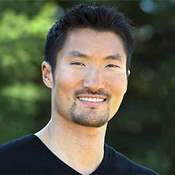