A once-in-a-lifetime educator, Rafe Esquith may be the most inspiring school teacher in America. He's been called "a modern day Thoreau" by Newsday, "a genius and a saint" by The New York Times, and "the most interesting and influential classroom teacher in the country" by The Washington Post. For the past two decades, Esquith has taught fifth graders at a public school in a Los Angeles neighborhood plagued by guns, gangs, and violence. His exceptional classroom at Hobart Elementary—known simply as Room 56—is unlike any other in the country. Read More >

Esquith's students are mostly immigrants or children of immigrants, living in poverty and learning English as a second language. Yet under his tutelage, they voluntarily come to class at 6:30 in the morning and often stay until five in the afternoon. They learn math, reading, and science. But they also play Vivaldi, perform Shakespeare, often score in the top one percent on standardized tests, and go on to attend the best universities. For his near-heroic work, Esquith is the only teacher to be awarded the President's National Medal of the Arts. He has received the National Teacher of the Year Award and won accolades from Oprah, the Queen, and the Dalai Lama. He's also written four books, with his most recent being the critically acclaimed Real Talk for Real Teachers, published in 2013. His other books include Teach Like Your Hair's on Fire, There Are No Shortcuts, and Lighting Their Fires. Esquith has also been featured, along with his students, in the PBS documentary The Hobart Shakespeareans.

This Above All: Advise from Room 56

Rafe Esquith shares words of wisdom and advice for those who struggle day to day in the world’s hardest profession. After thirty-plus years in the job, Esquith still puts in the countless classroom hours with which any dedicated educator will be instantly familiar. He recognizes that new teachers and veteran educators need different kinds of nourishment, whether it’s encouragement to see through the difficult early years, advice on midcareer team building, or novel ideas for how longtime educators can put their expertise to work. Mixing his trademark offbeat humor and no-nonsense maxims with instructive stories and useful in-class advice, Esquith proves the perfect companion for those who need a quick pick-me-up, a long heart-to-heart, or just a momentary reminder that they’re not alone. Esquith offers from-the-hip advice to help educators of every stripe cope with the overwhelming challenges in schools and beyond.

Rafe Esquith teaches at Hobart Elementary School in a Los Angeles neighborhood plagued by poverty and violence. Ninety percent of Hobart’s students qualify for free or reduced lunches. Nearly 80 percent of its students are Hispanic immigrants; 18 percent are Asian immigrants; and two percent are black. Few of Hobart's more than 1600 students speak English as a first language. Only 32 percent even finish high school. Hobart is just another example of how economic and racial divides affect tens of millions of people in the United States. Read More >

Yet Rafe Esquith's diverse fifth-grade students overcome language barriers and nonexistent funds to consistently score in the top five to 10 percent of the country in standardized tests and most go on to attend our most prestigious colleges and universities. How do they succeed in this poor and diverse environment? What has Esquith figured out to make this work when most struggle? Read Less ^

A joyfully creative and energetic teacher, education speaker Rafe Esquith delivers an unforgettable keynote—an informal state of education address—often accompanied by some of his students. He shares his methods for turning kids on to the wonder of learning, the power of the imagination, and the wealth of finding oneself. He touches on classroom issues (the best techniques for teaching various subjects, how to overcome budgetary constraints) and shows you how—by teaching them hard work, kindness, and the courage to go one's own way—his students have learned to adapt and to prosper in even the toughest of circumstances. Rafe Esquith is an upbeat, revitalizing speaker—a must-see for anyone concerned with the future success of our nation's children.

In this talk, education speaker Rafe Esquith, America's most acclaimed public school teacher, gives a valuable—and oddly neglected—insider's perspective on education reform. In order to discuss reform, we need to accept an uncomfortable truth: that teaching has become an incredibly difficult job. Reformers are good people but they tend to oversimplify things. In their reasonable argument to hold teachers accountable, for example, they turn to test scores, which is not reasonable at all. Family, Esquith says, is the biggest, yet most often overlooked, factor in whether children will be good students. Poverty comes in at a close second. Until the reformers factor these issues into their solutions, they won’t be successful. "If we want our children to commit to education," he says, “then we have to commit to educating them." With candor, good humor, and a mile-wide practical streak, Esquith offers alternatives and an emotional call—amid the noise, the hype, the politics, and even the anger—to keep the students front and center.

"What impresses me most about you is that you 'walk the walk' you talk. You can speak from the standpoint of a teacher. You carry much more credibility than some of the other speakers who are not in the classroom. Your approaches to reaching your students make sense. Your dedication to your students is immeasurable. (A tool does not exist that can measure the awesome extent of your care.) Can you tell that I think you are a fabulous person?!?"

"I wanted to thank you again for taking the time to speak with me last Saturday in Seattle. I have attended other conferences and witnessed keynote speakers much too busy to speak with attendees, especially outside of the book signing venue. Thank you for providing the example you do, not only to your students but also to those of us in the classrooms. It was a thrill to hear you speak, thank you again for all that you do."

"The event was a great success…lots of media attention thanks to Rafe’s fantastic address! It was just the sort of wakeup call our community needed – to put more focus on the futures of our youth. Rafe’s visit to the shelter was also very impactful as we were able to have a refreshingly unfiltered conversation with him regarding the state of education."

Real Talk for Real Teachers: Advice for Teachers from Rookies to Veterans: "No Retreat, No Surrender!" 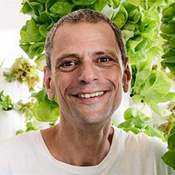 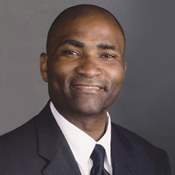