Stephen Ritz is a South Bronx educator and innovator who believes that students shouldn’t have to leave their community to live, learn, and earn in a better one. While moving generations of students into spheres of extraordinary personal and academic successes, Stephen’s extended student and community family have grown more than 60,000 pounds of vegetables in an effort to reclaim and rebuild the Bronx. Read More >

Stephen helped earn his school the first ever Citywide Award of Excellence from the NYC Strategic Alliance for Health and directly attributes these results to growing vegetables in school. To take ownership of his own health and model good behavior for his students, he lost more than 100 pounds by eating what he and his students grow. In 2013 The United States Department of State and New York Foreign Press Corps toured representatives from 40 countries across Stephen’s worksites and classrooms. He was selected as a delegate at WISE (World Innovation Summit for Education) and as a national Green Apple Education Ambassador for the US Green Building Council and Center for Green Schools. In 2014, Green Bronx Machine celebrated a Best of Green Schools Award — one of only ten recipients across the United States and The National Association of Secondary School Principals cited Stephen’s work and Green Bronx Machine as one of five national exemplars of service learning.

His students have embarked on growing projects from Boston to Rockefeller Center to the Hamptons and beyond — all while earning living wages en route to graduation. In 2015, Stephen was named a Top 10 Finalist for the prestigious $1m Global Teacher Prize. In addition, he recently received the Global Educator Award.

In 2016, on top of his frequent speaking events (some of which included audiences topping 10,000 attendees) and daily school responsibilities, Stephen worked to develop a ground breaking, internationally certified curriculum which embeds concepts of sustainability, food, energy and environmental justice aligned to STEM content areas for elementary schools. Stephen and Green Bronx Machine also brought to life the first ever independently financed National Health, Wellness and Learning Center in a 100+ year-old, abandoned school library at CS55 in the South Bronx. Soon thereafter, he partnered with LoyaltyOne in Canada to launch "The Good Food Machine" in 10 elementary schools, modeled after his programs in NYC. The U.S. Botanic Garden in Washington, D.C. erected a model of his classroom as an example of successful urban agricultural integration into academia. He presented twice at The White House — once for the “State of STEM” event and again for the first annual South by South Lawn event. He also signed a book deal with lauded health publisher, Rodale Publishing. Released on May 2, 2017, The Power of a Plant, debuted as a #1 Best Seller on Amazon with endorsements from KIND Founder Daniel Lubetsky, Author Deepak Chopra, Author Marion Nestle, Chef Tom Colicchio and many more. In 2018 he received the Seeds & Chips Global Educator Award, as well as an Honorary Doctorate from SUNY.

In 2018, Stephen partnered with Chicago Blackhawks captain, Jonathan Toews, to replicate his school model into 20 Chicago Public Schools. Additionally, he was named Director of Health, Wellness and Innovation for ESOL Education, the largest provider of American International Schools in the world. Stephen will soon begin building the second National Health Wellness and Learning Center at The Sustainable City in Dubai — the first net positive, solar powered city in the world!

To date, Stephen’s work has been featured in Forbes, Fast Company, New York Times, Wall Street Journal, USA Today, and on ABC, NBC, CBS, CNN, FOX, TNT, Disney, and NPR, as well as internationally from Colombia to Dubai. His TED talk boasts more than 1.2 million views, he was featured in the film adaptation of Michael Pollan’s best-selling book, In Defense of Food, NPR’s All Things Considered, ABC’s The Chew and The Rockefeller Foundation’s Food for Thought. Heroes in the Classroom featured Stephen as one of the top fifty teachers in America. In 2017, Stephen filmed an episode of Growing a Greener World, and the episode won the series its first Emmy Award. After 8 seasons and 100 episodes, it was an amazing acknowledgement of Stephen's work. Read Less ^

The Power of a Plant: A Teacher’s Odyssey to Grow Healthy Minds & Schools

In this inspirational presentation, Stephen Ritz shares the unlikely stories of how he and his students farmed their way to from the poorest congressional district in the country all the way to the White House and beyond. Through the integration of green technologies aligned to STEM content areas, coupled with innovative solutions for inspiring healthy habits, Stephen teaches audiences how he improved test scores, attendance rates, graduation rates, and how he lost more than 100 lb himself! In a community with 25% unemployment, Stephen has partnered towards the creation of more than 2,200 jobs and shares with audiences the practical stories and actionable advice about how they too can affect great change in their communities!

"Your presentation to our Clinton Foundation staff energized us to dream bigger. We thank you for taking the time to do so."

"Stephen Ritz's keynote was energetic, inspirational, and it pushed the audience to endeavour into life-changing enterprises."

"With humor and generosity, Stephen Ritz brings hope and healing to a world riddled with disease and despair. His energy and enthusiasm is contagious, and I cannot recommend him more highly."

"Stephen Ritz is more than an inspiration. No matter your position, he proves to you, that we really can change the world…A must-see for any person – or organization – that wants to make a difference and grow something great!"

"Thank you for igniting our Nashville National Convention Opening General Session on fire! Your authenticity and energy level are unsurpassed! Your presentation absolutely resonated with our attendees as I knew it would. You are the perfect role model for inspiring others of the potential of what one person can achieve with passion, determination and love of children as the primary focus. In fact, several members of the outside audiovisual company staff – who have seen many presentations over the years – told me that yours was the best they had ever seen!"

"In this 8 years of Tengelmann e-day I have never seen a standing ovation from the audience until now! You rocked the stage with your enthusiasm! We are so impressed, thank you so much."

"He gave a fabulous speech that was very inspiring and our audience responded with a standing ovation, which doesn’t happen easily. The entire day was a home run."

"Thank you Stephen! Your speech was both passionate and inspiring and really connected with the audience."

"Everything was fantastic! Stephen is incredible and he did an amazing job at both events."

The Power of a Plant: A Teacher's Odyssey to Grow Healthy Minds and Schools 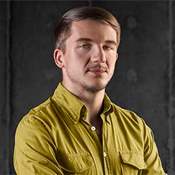