Raj Patel is an award-winning author, film-maker and academic. He is a Research Professor in the Lyndon B Johnson School of Public Affairs at the University of Texas, Austin. Read More >

He has testified about the causes of the global food crisis to the US, UK and EU governments and is a member of the International Panel of Experts on Sustainable Food Systems. He has degrees from the University of Oxford, the London School of Economics and Cornell University, has worked for the World Bank and WTO, and protested against them around the world. In 2016 he was recognized with a James Beard Foundation Leadership Award and he co-taught the Edible Education class at UC Berkeley with Michael Pollan.

In addition to scholarly publications in economics, philosophy, politics and public health journals, he regularly writes for The Guardian, and has contributed to the Financial Times, Los Angeles Times, New York Times, Times of India, The San Francisco Chronicle, The Mail on Sunday, and The Observer.

His first book was Stuffed and Starved: The Hidden Battle for the World Food System. His second, The Value of Nothing, was a New York Times and international best-seller. He is the co-author with Jason W. Moore of A History of the World in Seven Cheap Things. His acclaimed latest book, co-authored with Rupa Marya, is entitled Inflamed: Deep Medicine and The Anatomy of Injustice.

His first film, co-directed with Zak Piper and filmed over the course of a decade in Malawi and the United States, is the award-winning documentary The Ants & The Grasshopper. Read Less ^

A Snickers Bar and a Soy Suit

The Value of Nothing Book Trailer

How to Solve Hunger, Climate Change, Racism & Poverty at the Same Time

How do you change someone's mind about the most important thing in the world? A decade spent filming around the world with the planet's most innovative front-line communities has resulted in an award-winning documentary, and a good many ideas about how to change folks' minds about the greatest challenges facing humanity, from climate change to racism and poverty. With innovative, solutions-based ideas, Raj Patel shares how it's possible not only to feed the world equitably, but also to cool the planet.

The Value of Nothing: Markets & Democracy in a Time of Crisis

The current economic, ecological, and food crises reveal how a handful of people have made some very bad choices. Fund managers profited from building a financial house of cards, leaving the public to pay the price of their mistakes for the next 30 years. Read More >

To draw attention to how free-market fundamentalism has distorted the way we value our world, Raj Patel claims that the true price of a hamburger is $200 when one factors in hidden environmental and health costs. There is something broken at the heart of the price system, and there has been for years—even the earliest economists and philosophers understood the need for limits to unfettered capitalism and the animal spirits of the market.

In order to end our blind compliance with the ideology of the free market and the empire of prices, Patel asks us to reconsider how we might use democracy to reclaim markets so that they work for, rather than against, social change. In this highly engaging and inspiring call for action, Patel shows how social movements in America and around the world have managed to limit the free market by exercising democratic rights.

Economics is about choices, but who gets to make them? Raj Patel shows how free market fundamentalism has distorted how we value our world. Read Less ^

How Will We Feed 10 Billion People Sustainably?

We’re already doing a bad job of feeding 7 billion people: about a billion aren’t getting enough to eat. What will we do by century’s end, when we’re predicted to have 10 billion people, much less water and fossil fuel, and climate change will have made itself felt? The good news: there are groups around the world coming up with surprising and profound ways to feed us all.

Stuffed & Starved: The Hidden Battle for the World Food System

Today there are 1 billion people starving and 1.5 billion overweight. The US is the most overweight country on Earth, and has 48 million people who are “food insecure.” How did this come about, and what can be done to stop it? Presenting some of the findings from his recently updated book, Raj Patel tells stories from around the world food system.

The Arab Spring began with a hike in the price of wheat. The French Revolution with a bread riot. The American Revolution with a protest over tea. In the US, the 19th amendment came about because women took to the streets demanding cheaper food. What’s the origin of these protests, and what will become of them?

"I wanted to thank you both for all of your help in securing Raj Patel as our keynote speaker. He was the most dynamic speaker I've ever seen and started our conference out on such a high note—it was exactly what we were looking for! Raj delivered such a great speech and then stayed to sign books for every single person that came to greet him. He was such a joy to work with!"

- Director of Programs, Association for the Advancement of Sustainability in Higher Education (AASHE)

"Everything was great! He’s wonderful. He had many fans in the audience, which I was not expecting. He handled everything great, and sold many books."

"Everything went awesome. Raj was amazing. He did a wonderful job, was very well received and is just a super person—very genuine. I can’t even say enough great things about him; he was phenomenal."

"It was incredible! We had about 600 people at the evening event! He was an absolute pleasure to work with."

"Worth every penny! Raj Patel was one of the most outstanding speakers we’ve had on campus. His writings on the global food crisis are timely and directly tap into students’ lives. His book is accessible and I recommend having your classes read it in advance of his visit to your campus. He can speak to groups large and small about food and its impact on our lives, poverty and society around the world. The students “ate” this one up!"

"Raj was great all the way around. He spent 30 minutes or so with some of my students – engaging, humble, humorous – and he was effective throughout his short visit."

"First off I want to say I was honored to meet Dr. Patel in a small group setting. Not only was he funny but he made me look at the world and all the changes we can make in a different perspective. He was very open and ready to answer all our questions. I enjoyed his eagerness to provide us with all his knowledge and because of his speech in class I couldn't wait until the speech at Hall Auditorium, which I was very impressed with. He met my expectations for both the in class speech and the big hall speech, and he went far beyond my expectations. I am really hoping that I can work as actively one day and be such an inspiration as Dr. Patel was to me with his words and life experience."

"Raj was simply fantastic - and we learned a great deal from him. We couldn't have asked for a better speaker!"

"Raj was great! He was an excellent part of our conference. From the minute he got off the plane until the minute he was dropped off at the airport, he was fully “here”. He was a great panel participant and was engaged from the beginning. Raj was great about visiting with people at the dinner and then his standing room only evening presentation was right on the mark. After giving us our full amount of time for the lecture and Q&A, he stayed and talked one on one with many of our students who were eager to ask him more question. He was engaging, informative and very well prepared. It was great having him as part of our conference."

Inflamed: Deep Medicine and the Anatomy of Injustice

Stuffed and Starved: The Hidden Battle for the World Food System - Revised and Updated

A History of the World in Seven Cheap Things: A Guide to Capitalism, Nature, and the Future of the Planet

The Value of Nothing: How to Reshape Market Society and Redefine Democracy

The Ants & The Grasshopper 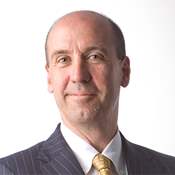