Raj Sisodia is the FW Olin Distinguished Professor of Global Business and Whole Foods Market Research Scholar in Conscious Capitalism at Babson College in Wellesley, MA. He is also Co-Founder and Co-chairman of Conscious Capitalism Inc. He was previously Trustee Professor of Marketing, the Founding Director of the Center for Marketing Technology and Chairman of the Marketing Department at Bentley University. Raj has a Ph. D. in Marketing & Business Policy from Columbia University, where he was the Booz Allen Hamilton Fellow. Read More >

Raj has written eleven books and over 100 academic articles. He is the co-author (with John Mackey, co-founder and co-CEO of Whole Foods Market) of Conscious Capitalism: Liberating the Heroic Spirit of Business (Harvard Business Review Publishing, 2013), a New York Times and Wall Street Journal bestseller. He is also co-author of the Wall Street Journal bestseller Everybody Matters: The Extraordinary Power of Caring for Your People Like Family (Penguin/Portfolio 2015), named as the Best Leadership and Management book of 2015 by 800-CEO-READ and one of 15 best books of 2015 by Forbes; and Shakti Leadership: Embracing Feminine and Masculine Power in Business (Berrett-Koehler, 2016). His book Firms of Endearment: How World Class Companies Profit from Passion and Purpose is considered a foundational work in explaining the precepts and performance implications of pursuing a conscious approach to business. It was named one of the best business books of 2007 by several organizations, including Amazon.com. His book The Conscious Capitalism Field Guide (with Timothy Henry and Thomas Eckschmidt), was published by Harvard Business Review Publishing in April 2018. His most recent book, The Healing Organization, was published by Harper Collins in September 2019.

In 2003, Raj was cited as one of “50 Leading Marketing Thinkers” and named to the “Guru Gallery” by the Chartered Institute of Marketing. Bentley University honored him with the Award for Excellence in Scholarship in 2007 and the Innovation in Teaching Award in 2008. He was named one of “Ten Outstanding Trailblazers of 2010” by Good Business International, and one of the “Top 100 Thought Leaders in Trustworthy Business Behavior” by Trust Across America for 2010 and 2011. In 2013 and 2015, Raj was named to the Thinkers 50 list of business and management thinkers from India. Raj has published over one hundred articles in publications such as Harvard Business Review, Journal of Marketing, Journal of Public Policy & Marketing, Journal of Business Strategy, Journal of Business Research, Journal of the Academy of Marketing Science, Marketing Management and California Management Review. His work has been featured in the Wall Street Journal, The New York Times, Fortune, Financial Times, The Washington Post, The Economic Times, and numerous other publications, along with radio shows and television networks such as CNN, CNBC and Fox. In 2016, Raj was awarded an honorary doctorate by Johnson & Wales University in Providence, RI.

Capitalism has been extraordinarily successful over the past two centuries at raising human living standards, life expectancy and life satisfaction. But the old way is not working any more. The world has changed so much and people have evolved so rapidly that we need to bring a higher level of consciousness to the world of business. Conscious Capitalism is an emerging paradigm that realigns business to the emerging realities of our world. Conscious businesses deliver extraordinary financial performance while creating multiple kinds of positive value for all stakeholders: intellectual, physical, ecological, social, cultural, emotional and even spiritual.

Becoming a “Firm of Endearment”

Combining Raj’s work in the book Firms of Endearment with his book Conscious Capitalism, this talk is about the journey towards becoming an endearing and enduring organization. Learn how your company can shed the old, narrow, instrumental view of business and implement a more expansive and deeply fulfilling vision of what business can and should be.

This talk explores how the definition of leadership is evolving rapidly as we change the way we think about business. Conscious leaders are driven by service to the purpose of the business, and deeply care about the well-being of all the people impacted by the business. Conscious leaders possess high levels of emotional intelligence and are spiritually evolved. They are strong individuals with a great capacity for love and care. They possess tremendous moral courage and are able to withstand the constant scrutiny and criticism they face from those who view business in a more traditional and narrow manner. Above all, they view themselves as trustees of the business, seeking to nurture it and safeguard it for future generations, and as stewards of all the lives entrusted to them.

We live in a world of extraordinary pain and suffering. Public confidence in major corporations is at an all-time low. Why? Too many businesses exploit their people and harm their communities for short-term profit. If we are not consciously part of the healing, we are probably part of the hurting. But it doesn't have to be this way. Business can become the primary agent for healing society. This is not about healing businesses; it is about business as healing. Business can take wounded people, broken communities and damaged ecosystems and make them whole again – and businesses that operate in this way will be more successful and profitable over time. I will share stories of such businesses and extract lessons from them.

The Healing Organization: Awakening the Conscience of Business to Help Save the World

Everybody Matters: The Extraordinary Power of Caring for Your People Like Family 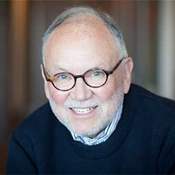