What would life be like in this country without Ralph Nader? Would all the people saved by seatbelts be around? Would our grandchildren be breathing in clean air, or carcinogens? Would renewable energy be the newest catchphrase, or accountable campaign promise? Fortunately, we don’t have to do any more than imagine the unimaginable, thanks to Ralph Nader. Read More >

Nader, America’s foremost "public citizen," has changed the face of big business – often dragging them, kicking and screaming, into the future – and as history has proven – ultimately, to their benefit. Like bad tasting medicine, Nader has sometimes had to force his remedies on corporate America for their own good, (and ours as well). For instance, Ralph actually managed to save GM despite itself by passing legislation which forced the auto industry to ignore the short-term cost and include seat belts as standard. By achieving this, not only did Nader help to save countless lives, he also helped save General Motors from certain lawsuit death – a story famously chronicled in his book, Unsafe at Any Speed.

Honored by Time magazine as "One of the 100 Most Influential Americans of the 20th Century," Ralph Nader continues to fight the good fight in government and in public opinion. Nader helped create the Occupational Safety and Health Administration (OSHA), the Environmental Protection Agency and the Consumer Product Safety Commission. Due to his zeal, we now have safer drinking water, cleaner air and freedom of information. His citizen groups such as the Public Interest Research Groups flourish on campus and the national stage, striving to protect the public and advance social justice.

Many of Nader's most significant triumphs, including consumer rights, open government and more humane business practices, are fully integrated into our lives. Among his victories are the ideas and commodities we now take for granted: seatbelts, air bags, crash-worthy cars, better labeling on food, lower levels of lead in the environment, smoking awareness, and healthier eating habits. His latest works, Unstoppable: The Emerging Left-Right Alliance to Dismantle the Corporate State and Told You So: The Big Book of Weekly Columns, provide an overview of and solutions to the many problems confronting our society – citing examples from his books in which he de-constructs complex problems and illustrates solutions in very simple and effective language. Nader, along with Steve Skrovan and David Feldman, created a weekly podcast, Ralph Nader Radio Hour, where they discuss the latest news stories as well as interview some of the most influential voices in America.

In his presentations, Nader speaks from the heart with unmatched insider experience, confidence and candor. His speaking style has remained the same as his approach to all things – honest, informed and intimate. Listeners always feel comfortable voicing their concerns and raising questions on the difficult issues this country, and their community, are facing today, and heading into the future. His warnings of yesterday are the realities today, and now as a speaker, he still fights on our behalf – sustaining our country’s safe practices, exposing the unethical, and making sure that no matter what the issue, APB audiences are always the first to know. Read Less ^

A Brave New and Improved World: 50 Years of Fighting For You

From consumer advocate to Presidential candidate, Nader has always had the everyday citizen’s interests in mind, and taken their protection to heart. He has tackled the tough issues over the years on our behalf and successfully addressed them to champion change, like taking on the auto industry and having seat belts put on the standard list of included items on every car, which have been saving lives – and car companies, ever since. Nader has also worked to improve environmental protections, even using the platform of his presidential campaign to speak out on our behalf, touting himself as a member of the Green Party. Read More >

In this presentation, Ralph takes listeners on his 50 year journey as a consumer advocate and insider and is able to create a big picture for the audience of how this country has changed and adapted over the years. He then reveals trends that affected business then, and how these cyclical trends will affect you in the future, as new protections are put in place and policies put into law. Read Less ^

The Tides are Turning: How Your Business will Stay Afloat in a Changing Climate

Finally, climate change is overwhelmingly accepted as truth. Not only does this mean that your grandchildren will have a place to live, but also that there will be initiatives and rules put into law that will directly affect the way you do business. With each new breaking technology, with each new law, with each new product or service, we experience a shift in society – in how individuals act, interact, and react. Over the past fifty years, Ralph Nader has witnessed and observed these societal shifts, and noticed how they have created gaps in the marketplace. Read More >

Any organization with foresight can take advantage of these gaps. Part of Nader’s expertise is his ability to provide insight into the huge opportunities they create, like jumping on the “go green” bandwagon which may cost a bit up front, but in the long run increases the positive image of a company, its market opportunities, and its profits. According to Nader, organizations can ignore, fight, or embrace these evolving and increasingly important gap issues, either at the benefit or detriment of the company, their industry and, ultimately, their consumers. In an enlightening presentation, Ralph uses his unique lens on business, government, and society – and the intersections of each – to offer a customized view of potential societal issues and marketplace gaps that, if addressed and pursued, will have a large impact on the future of business and society at large. Read Less ^

One Person Can Make a Difference

The Trump Impact on Democracy: The Reawakening of Activism & Participation

Fixing Our Broken Economy: A Blueprint for Businesses

The Student Loan Racket: Indifference In School, Trouble for 40 Million of You After School

The event went great! We sold out and had a wait list to attend. Everyone really enjoyed talking with Ralph and hearing him speak. He is by far one of the easiest keynote speakers I have ever worked with. Thank you again for all your help in getting us set up with Ralph. Working with APB was such a pleasure.

"He was amazing! It was such a treat to have him here. Thank you so much for sharing the opportunity to host him and the work to get him to us; it was a real honor!"

"Ralph Nader was dazzling in his preparedness. For such an iconic figure, Mr. Nader was astonishingly easy to work with and completely at home with students; he understood just where they were coming from in the most contemporary sense imaginable and he engaged with them directly and respectfully while also sometimes challenging their assumptions. What an impressive man in every respect."

"Ralph was a great speaker who had a clear message, well delivered, with some great disarming humor injected throughout. In the afternoon seminars I attended, many attendees were discussing Ralph's message and the presenters even worked his message into theirs - even if it was by contrast.  In fact, the first session I attended after lunch opened with the comment, 'Pity us that we have to follow Ralph Nader.'"

"The audience was VERY pleased with his lecture.  There was not one negative comment made.  The campus newspaper (the Exponent) wrote three stories on the lecture – all of them highly praising his lecture.  The local newspaper agreed, as did the TV news. In general, the articles stated that Mr. Nader empowered students to think about their futures and the future of the US, large corporations, and the two-party system in politics."

"Thanks so much for the energizing visit to Colorado College last week. You inspired many people to get moving – including me. I so admire your dedication to doing the eight think even when it’s hard. What a great lesson for our students."

"The students loved him. I hear he even spoke for longer than he was supposed to. Tons of tickets were reserved and the house looked full!"

"The Ralph Nader event at CC was a success beyond all imagining! We filled the main venue (1200 capacity) and the overflow space (850 persons), as well! Or should I say that Mr Nader did that!"

"The audience was clearly captivated by Mr. Nader’s substantive and thought-provoking presentation.  I was delighted with the program, and I have heard nothing but positive things from the attendees.  I greatly appreciate his contributions to the ALA President’s Program and his participation in the book signing following the program.  Again, thank you."

- Office of ALA Governance

Breaking Through Power: It's Easier Than We Think

Unsafe At Any Speed

Unstoppable: The Emerging Left-Right Alliance to Dismantle the Corporate State

Told You So: The Big Book of Weekly Columns

The Seventeen Solutions: Bold Ideas for Our American Future

Nader warns of 'hazard on the highway'

50 Years Ago, ‘Unsafe at Any Speed’ Shook the Auto World

It Takes Just One Percent of People to Change Things: An Interview With Ralph Nader 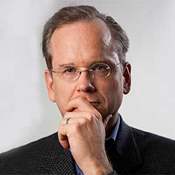