For 12 years, Randy Cohen penned "The Ethicist," a weekly column for The New York Times Magazine syndicated throughout the US and Canada. The column answered readers’ ethical questions on all topics ranging from business ethics to medical ethics to MP3 downloads. His recent publication, The Good, the Bad and the Difference, a book based on the column, seeks to differentiate between ethical behavior and illegal activity. He is currently developing “A Question of Ethics,” a show for public radio. Read More >

Cohen’s first professional work was writing humor pieces, essays, and stories for newspapers and magazines including The New Yorker, Harper’s, The Atlantic, and Young Love Comics. His first television work was writing for Late Night with David Letterman for which he won three Emmy Awards. His fourth Emmy was for his work on Michael Moore’s TV Nation. He received a fifth Emmy as a result of a clerical error, and he kept it. Cohen was the original head writer on The Rosie O’Donnell Show for which he also co-wrote the theme music. In 2010, his first play, “The Punishing Blow,” ran at New York’s Clurman Theater.

In highly engaging and entertaining keynotes, Randy Cohen answers any question ranging from what you should do if you think a friend’s spouse is cheating to whether you should give someone a great reference just because he or she needs work. Born in Charleston, South Carolina, and raised in Reading, Pennsylvania, Cohen attended the State University of New York at Albany where, in 2011, he was granted an honorary doctorate. He received an MFA in music composition from the California Institute of the Arts. Read Less ^

How to Be Good

If we can reach a rough consensus on right and wrong—don’t lie, don’t cheat, don’t steal—why don’t we all behave virtuously? Cohen explores the idea that the answer lies not in our characters but our circumstances, and discusses how to create the kind of communities (in our neighborhoods, our schools, and our businesses) in which we are likely to behave admirably. During the Q&A, he then applies these ideas to the actual ethical problems facing the audience.

Being “The Ethicist”: An Evening with Randy Cohen

After 12 years writing the popular New York Times Magazine column “The Ethicist,” Randy Cohen shares details and answers popular questions of his unusual job: Were those letters real? Did he ever get one wrong (or, depending on your perspective, right)? Audiences are given a chance to pose their own ethical dilemmas or set Cohen straight about a past column.

Drive an SUV in Manhattan & You’re Driving Straight to Hell

In this talk, Randy Cohen takes a close look at the ethics of transportation. Ethics concerns the effects of our actions on others. If you drive a private car when you have alternatives—say for a half-mile hop in a big city—then those effects are horrible: you pollute the air, squander public space, and kill about 30,000 of your neighbors every year.

Plagiarism, a Kind of Defense

We all deplore plagiarism, but should we? Randy Cohen argues that much of what we label as plagiarism in fiction, in music, and in art, is not only acceptable, it is admirable. Indeed it is the only way such work can be done. Other kinds of plagiarism—in academic work, for example—deserve our scorn. How do we distinguish between them and how ought we respond to each?

"Randy was great—very smart and quite the sense of humor. Thank you for your work on this and connecting us with Mr. Cohen."

The Good, the Bad & the Difference: How to Tell the Right From Wrong in Everyday Situations 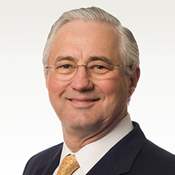