Randy Pennington helps leaders make the changes and build cultures they need to achieve positive results in a world of accelerating change. Randy has worked with many of this country’s best -managed organizations as well as numerous associations and government agencies. Additionally, Randy serves as an adjunct instructor in the Cox Business Leadership Center at Southern Methodist University. Read More >

Pennington’s expertise has made him an internationally respected guest commentator with appearances on CNN, PBS, Fox News, the ABC Radio Network, and the BBC. His ideas have appeared in The Wall Street Journal, The New York Times, Entrepreneur, Executive Excellence, Training & Development, in numerous newspapers, and many professional/trade association journals.

Randy’s background is a unique blend of line, staff, and consulting experience ranging from hourly employee to senior management. He holds a Bachelors and Masters Degree in Psychology and has completed Postgraduate work in Organization Administration and Management.

A dedicated volunteer leader, Randy is past Chairman of the Board for the American Heart Association, Texas Affiliate and the National Speakers Association Foundation Board of Trustees. Randy was also a founding member of the Texas Council for Cardiovascular Disease and Stroke.

He was inducted into the National Speakers Association Speaker Hall of Fame in 2009. Read Less ^

You Think You Know Randy Pennington - But You Don't

Flourish™: Winning in a World of Upheaval & Uncertainty

Are you prepared for the seismic shifts redefining business? Will you be relevant in a world transformed by rapid change and globalization? Read More >

Tomorrow’s winners will master seven unique behaviors and competencies that enable them to stay ahead of change, add value to customers, and sustain a cohesive, focused culture.

Flourish™ blends the current realities of radical change with over 20 years of in-the-trenches experience helping individuals and organizations deliver positive results. The presentation is tailored for two different audiences and customized for your organization.

Flourish™ for Everyone: This session, designed for individuals from the front-line to senior managers, provides the strategies and mindset needed to thrive in the face of constant upheaval and uncertainty.

Flourish™ for Leaders: This session provides leaders with the strategies and mindset they must model and develop to create and sustain an organization that thrives in the future.

Our members have to produce results in the real world, and you provided information that can be implemented immediately.

It’s rare for someone to show how concepts normally associated with the private sector can work in the public sector.

Your presentation was instrumental in communicating the leadership message to our young group.

"We have, as you know, had 16 consecutive corporate retreats and now you are only the second presenter we’ve asked back for a return engagement. The other was Ed Foreman, and he’s legendary, so you are in a special class and as I told you in person, this material was even better than your first with us."

The feedback we received was that “it was the best conference that we have had in the bank’s history.”  Thanks to your delivery and customization, you received the highest rating from any speaker we’ve ever had.

The improvement during the past year has been remarkable. Highlighted by our $25 million profit turnaround… your involvement and leadership has been extremely beneficial in achieving this transformation.

"You are so organized, your materials look great, and you remember the details. That’s a blessing to meeting planners nationwide. Thanks for the humor, too. I think members learn better when they’re laughing."

"He redefines the word customization!"

Results Rule!: Build a Culture That Blows the Competition Away 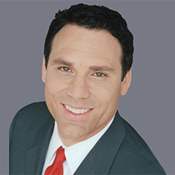 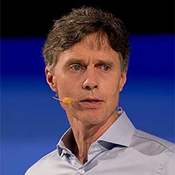