Rebecca Ryan is a “human spark plug.” Part futurist and part economist, Ryan is one of America’s most influential thought leaders helping cities and companies think around the corner… to what’s next. Read More >

Rebecca Ryan is an energetic entrepreneur and the founder of NEXT Generation Consulting with responsibilities for sales, marketing, and positioning. Ryan is also the Resident Futurist at hteAllian for Innovation and a Senior Fellow at CEOs for Cities. Her work in the areas of strategy, innovation, and foresight has earned her national acclaim.

Ryan is the author of Live First, Work Second: Getting Inside the Minds of the Next Generation, which discusses the increased importance of keeping and attracting young talent because of impending demographic shifts. It is also a helpful how-to guide for anyone interested in building a better community or business as we look to the future. Dr. Richard Florida, author of the bestseller The Rise of the Creative Class and The Flight of the Creative Class wrote the book’s forward, saying, “I am a HUGE Rebecca Ryan fan,” and that he considers “NGC one of the most reliable sources for CEOs, mayors, legislators, economic developers, and nonprofit leaders who want to attract and retain the next generation of creative workers.” Ryan’s newest book is ReGENERATION: A Manifesto for America’s Future Leaders.

Ryan was named one of the Top 100 Most Influential People by Accounting Today, the 2006 Communicator of the Year by Women in Communication, and a Woman of Influence by the Business Journal of Greater Milwaukee. She was named the 2004 Entrepreneur of the Year by the US Association for Small Business and Entrepreneurship, as well as one of the Most Powerful Women in Public Accounting by CPA Practice Advisor.

Ryan has a bachelor’s of arts in economics as well as a bachelor’s in international relations from Drake University. She’s also attended the Kozgaz University in Budapest, Hungary – where she played professional basketball – and the Institut fur European Studiern in Freiburg, Germany.

Unite and Ignite: Bringing Generations Together

Cities 3.0: Reflecting, Responding, and Redesigning for an Uncertain Future

Thinking Around the Corner: Five Trends in 50 Minutes

Live First, Work Second: Getting Inside the Minds of the Next Generation

Brain Drain: Why Cities Are Losing Talent and What You Can Do About It

Next-Generation Companies: What Harley-Davidson, Southwest Airlines, and Google Do to Engage Young Talent

"Spectacular, sensational, phenomenal!! I could not be more pleased." 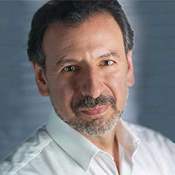