As one of the most respected voices on the Right, Rich Lowry brings his sharp analysis and well-formed opinions to his political commentary, in print and on TV and radio. Lowry became editor of National Review — often referred to as the Bible of American conservatism — in 1999 when he was handpicked by William F. Buckley to lead the magazine. A contributor to FOX News, Lowry appears regularly on shows such as The Kelly File and Hannity. He is a syndicated columnist and writes a weekly column for his Politico and has written for The New York Times, The Washington Post, The Wall Street Journal, Reader’s Digest and a variety of other publications. Read More >

Lowry joined National Review in 1992, after finishing second in a National Review young writers contest. He went on to become articles editor for the magazine before moving to Washington to cover Congress in the summer of 1994 and then becoming editor.

Rich Lowry is the author of Legacy: Paying the Price for the Clinton Years, which was a New York Times bestseller, and is co-author of the thriller Banquo’s Ghosts. His newest book is June 2013’s Lincoln Unbound: How an Ambitious Young Railsplitter Saved the American Dream—and How We Can Do It Again, which follows Abraham Lincoln’s climb to the presidency and distills lessons from his ethic of relentless striving.

A graduate of the University of Virginia, he was active on campus as the editor of a conservative monthly magazine called the Virginia Advocate. Following graduation, he went to work as a research assistant for Charles Krauthammer.

Known for his skillful debating style, Lowry is credible, yet provocative. He is always plugged-in to the latest national political events and trends. His commentary is opinionated, relevant and influential. With humor and extensive knowledge, he offers a vigorous enthusiasm for the precepts of American democracy. Lowry advocates for the tenants of conservatism with a new perspective, serving as a voice of the younger conservative generation. Rich Lowry fully challenges audiences to reflect upon their own political beliefs within the scheme of the American political landscape. Read Less ^

The State of the American Dream

"I think things went very well. The debate format was very interesting and they had a nice size crowd. Thanks again for all of your help."

Legacy: Paying the Price for the Clinton Years 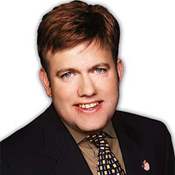 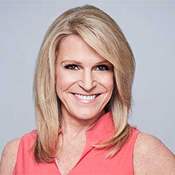