With 34 years in the US Army at his heels, Lieutenant General Rick Lynch has distinguished himself as an exceptional leader and strategist through his chameleon-like ability to adapt to change despite the most challenging obstacles. From surmounting his parents’ inability to pay for college by gaining entry to West Point to leading “The Surge” in Iraq as Army General with only six weeks to prepare, Lieutenant General Lynch has constructed a disciplined and effective mantra for success, which he shares with audiences across the country today. Read More >

From company (about 100 soldiers) to corps (about 65,000 soldiers) to the head of all US Army installations, Lynch steadily climbed his way up, eventually commanding at all levels. Matching the professional acumen of established business leaders, he was responsible for managing all the installations in the US Army with an annual budget of $12 billion and a workforce of 120,000. Combining this impeccable work ethic with an open heart, he also effectively lowered divorce and suicide rates at Fort Hood, Texas, by outlawing weekend work and mandating soldier family time.

Lieutenant General Rick Lynch retired from active duty on January 1, 2012. Over the course of his seasoned career, Lynch was able to witness and experience vast changes in the army and across the globe. As a cadet, he welcomed the first female cadets into the Academy; during the Vietnam War, he saw the transition into an All Volunteer Army; and while stationed in Germany in 1989, he witnessed the collapse of East Germany and its reintegration into the West. From his deployment in the first Gulf War to Kosovo and Iraq, he acquired a unique perspective as a witness to the best and worst in his fellow man and was awarded a soldier’s medal for heroism while deployed to Desert Shield / Desert Storm.

Today, he is the executive director for the University of Texas at the Arlington Research Institute (UTARI), for which he develops strategic partnerships between the faculty and staff and industry and government—both state and federal—in order to commercialize technology.

His new book, Adapt or Die: Leadership Principles from an American General, provides unprecedented clarity to leaders from all walks of life. In it, Lynch offers insight born from overcoming adversity on both the battlefield and in the boardroom. With refreshing directness, he shares how to gain the confidence needed to lead in our ever-changing world.

In his commanding presentations, Lynch captivates audiences with the tenor of his voice and the approachable, conversational nature of his tone. Drawing on his personal experience in and out of combat, he powerfully illustrates his principles, from the foundation of business leadership to the need for resiliency and engagement. There are only 50 three-star generals in the nation and Lieutenant General Rick Lynch is one of them. Read Less ^

Leadership Principles from an American General

Ascending from Platoon Leader with 30 people under his command to the head of all US Army installations, Lieutenant General Rick Lynch has been able to clearly identify the qualities an effective leader needs. In this engaging presentation, Lynch will walk you through the nine leadership principles he has come to embrace over his 34 years in the US Army. They are the following:

The 21st-century leader faces a set of unprecedented challenges. Rapid change is the new normal and leaders with a keen ability to adapt are in high demand. Rick Lynch has lived his life by adapting to rapidly changing scenarios - overcoming obstacles not only big and small, but life or death. From surmounting his parents' inability to pay for college by gaining entry to West Point to leading "The Surge" in Iraq with only six weeks to prepare; from reinvigorating a bloated Army organization of 120,000 civilian employees (via billion dollar budget cuts) to lowering divorce and suicide rates at Fort Hood by outlawing weekend work and mandating soldier family time; from training in the robotics labs of MIT to rebuilding economies in a foreign nation and speaking to national news media in the middle of a war, Rick Lynch has faced more than most leaders will in a lifetime - which is why his lessons on how to adapt will inspire and provide unprecedented clarity to leaders from all walks of life.

Work Hard, Pray Hard: The Power of Faith in Action

In trying times, where can we turn to find true strength and peace of mind? If you think God might be the answer, you’re off to a pretty good start. But know this—believing is only step one. From his harrowing personal journey on the battlefields of Iraq to dealing with the everyday stresses of life at home, retired Army General Rick Lynch shares his thirty-plus years of experience that proved to him the power of faith in action. Read More >

Bolstered by history and backed by the Bible, Work Hard, Pray Hard explores seven steps that will put the true power of faith into action, in your life, every day. God is there to give hope to those who need it, peace to those who seek it, and fearlessness to those who desire it. History shows us proof of this all the time—moments when the un-healable are healed and the unwinnable is won. How is that possible? Work Hard, Pray Hard explains by sharing Lynch’s lessons from the course of a lifetime in one, easy to read book—a book that he hopes will change your life for the better, the way faith itself changed him. Read Less ^

How can adaptive leaders help organizations through these difficult times and truly take care of their people?

How can adaptive leaders help organizations plan for and execute a recovery period?

There will be another crisis…we just are not sure when. How can adaptive leaders help organizations capture lessons learned, and apply those lessons in modifications to policies and procedures? Read Less ^

"General Lynch was an inspirational opening to our meeting. His no-nonsense practical messages, supported with hands-on leadership experiences, provided real take-home messages for our audience. General Lynch aligned his messages to the work of our audience, which increased the impact for the group."

"Rick was fantastic! The group loved him. He touched on all the points we discussed in advance and it tied in nicely with the theme of the workshop and other activities we had throughout the day. Thanks!"

"He was fabulous! Very impressive and the group loved him. Thanks!"

"General Rick Lynch recently spoke to 200 leaders from our Operations group. He engaged the audience very well, using examples from our business that demonstrated he had taken the time to learn about the company. He connected with the audience and quietly but powerfully conveyed his leadership principles. It was a wonderful learning experience delivered by a great leader who clearly cares a great deal for others."

"Rick is clearly a great listener in that he hit those exact leadership topics during his presentation. Rick takes “your topics” and applies his stories and real life experiences and makes them come alive in a way the audience can relate to. He is not about the power point slides or props. I have never had so many colleagues, both members of the sales team as well as other home office leaders come by and comment how he connected with them."

"Rick Lynch is a true leader and motivator. Every speaker needs to prepare for their remarks; Ricky’s preparation is his life’s story. His leadership background is an excellent foundation for speaking to any audience. If your group is looking for someone who can connect with your audience and deliver “the goods,” Ricky Lynch is your man."

"Rick was fantastic! The group really enjoyed his talk and they all walked away inspired to be a better leader."

Adapt or Die: Leadership Principles from an American General 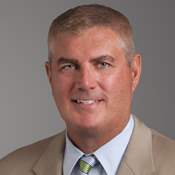