One of the most celebrated actors of a generation, Robert Duvall began his career in 1955, when he moved to New York and enrolled in the renowned Neighborhood Playhouse on the GI Bill. While there, he shared an apartment with two other aspiring actors: Dustin Hoffman and Gene Hackman. Duvall’s film career began with the role of “Boo Radley” in the 1963 classic To Kill a Mockingbird. His other film credits during the ‘60s included Captain Newman, M.D.; The Rain People; and True Grit. He then went on to play the pious “Major Frank Burns” in M*A*S*H. Read More >

The gifted actor has appeared in a number of now-classic films. He was honored with multiple Academy Award nominations for Best Supporting Actor—including for his role as “Tom Hagen” in The Godfather and for his portrayal of the Custer-like “Kilgore” in Apocalypse Now (it is “Kilgore” who utters the memorable line “I love the smell of napalm in the morning”). In 1980, Duvall was again nominated for his role as “Bull Meechum” in The Great Santini. In 1983, he nabbed his first Oscar for Best Actor for his role in Tender Mercies as born-again country music star “Mac Sledge.”

Duvall has also appeared in the miniseries Lonesome Dove, for which he was nominated for an Emmy; the Disney musical Newsies; the HBO original film Stalin; and 1996’s The Apostle, which he directed and received an Academy Award nomination for his starring role in it. The Apostle also garnered six Independent Spirit Awards—the most of any film in 1997.

With his intense expressions and chiseled features, Robert Duvall brings an almost tangible intensity to his roles, tempered by an ability to make his characters completely real. He applies this same passion and commitment to his speaking engagements, mesmerizing audiences with stories from his seasoned life and career.

Duvall co-starred in Deep Impact and A Civil Action opposite John Travolta, for which he received a Golden Globe nomination for Best Supporting Actor in a Drama and his sixth nomination for an Academy Award. He followed this role co-starring with Nicolas Cage in the action film Gone in 60 Seconds.

In 2007, Duvall starred opposite Eric Bana and Drew Barrymore in Curtis Hanson’s Las Vegas drama Lucky You. He also played the father of Mark Wahlberg and Joaquin Phoenix in James Grey’s We Own the Night, a competitor at the Cannes Film Festival.

Most recently, Duvall has appeared in the post apocalyptic movie The Road, based on the novel by Cormac McCarthy and starring Viggo Mortensen and Charlize Theron; Academy Award-winning Crazy Heart; and Jayne Mansfield’s Car. Read Less ^

An Evening with Robert Duvall

"The evening was a lovefest from start to finish, a terrific match of talent with audience. Huge buzz in the lobby before the house opened, a roaring standing O when he walked out. He volunteered far more of himself than we asked or expected of him. He’s an amazing guy by any definition. Incredible talent pours through Barter every year—whether our own or event headliners--but I’ve never had such remarkable day-after responses. Everyone knows how lucky we are to have been in the same space with someone of his integrity at this point in his career." 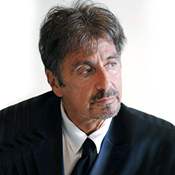 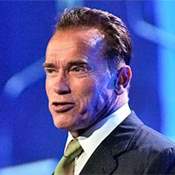