Robert Sege, MD, PhD, speaks passionately about the new and positive model for raising healthy children and preventing violence, bullying, abuse, and neglect. He explains that the key to preventing violence is to promote resilience, which is developed through strong relationships with family and community. Read More >

This positive approach applies to all families. Dr. Sege and his wife, Dr. Karen Victor, have raised three children. Through their own experience, coupled with their conversations with the thousands of families they care for, they have come to realize that parents who find joy in parenting raise resilient children.

Dr. Sege speaks nationally and internationally about joyful parenting, weaving personal experience, recent studies of children and their parents, and lessons he has learned from his patients in his presentations. He motivates his audiences to support parents, children, and teens in realizing their hopes and dreams in order to promote resilience and eliminate violence. He has spoken with professional audiences, parents, and policymakers and has appeared in national media, including The New York Times, NPR, and local media outlets throughout the country.

When one can recall both positive and adverse childhood experiences, that positive childhood experience can help a person become resilient or heal from adversity. We know that Adverse Childhood Experiences (ACEs) do not paint a full picture- All of a child’s experiences—positive and adverse—matter. How do positive experiences interact with adverse ones to affect health and mental health? What are those positive experiences that help our children grow and develop normally, and become resilient to adversity? Many around the country are working very hard to prevent childhood adversity. But nevertheless, it happens so how can we be resilient or heal from it?

Too much modern advice makes parents nervous and implies that simple “mistakes” can lead to lifelong problems. Based on the realization that parents who find joy in parenting raise resilient children, Dr. Sege weaves together his and his wife’s experiences raising three children, recent studies of children and their parents, and stories he has heard from his patients.

Violence prevention begins during infancy and continues through adolescence. Key concepts include: understanding why babies cry and how to respond, teaching good behavior to toddlers, addressing and preventing bullying at school and online, and addressing teen dating and peer violence.

Bullying prevention begins with the understanding that there are three broad groups of children involved: the bullies, their targets, and those children who are bystanders. Dan Olveus, a Scandinavian psychologist, pioneered the development of effective bullying prevention programs. Dr. Sege explores the concepts and resources available to parents, schools, and professionals to address this challenging problem.

Teenagers are just beginning to form adult relationships and, in so doing, begin to establish their own lifetime patterns. By demanding mutual respect, teens can avoid the unhealthy power dynamics that form the basis for intimate partner violence. Teens can learn simple ways to make sure that their relationships are healthy and parents can learn effective approaches to guiding their children by listening, reflecting, and reminding them that they deserve to be loved and respected.

Professionals in every state are required to report suspected child abuse and neglect to state agencies. Dr. Sege takes audiences through the many questions that arise surrounding this issue, including: When should you suspect? Where is the line between economic troubles and neglect? What should you do when you suspect? How certain do you need to be? Do you tell the parents? After you file, what will state Child Protective Services do? How can you best communicate your concerns when you call?

"It was such an honor to have Dr. Robert Sege join us for “The New River Story – Spirit, Science, & Action.” The feedback from conference participants has been very positive, and his presentations helped to make this our most successful conference yet! We appreciate very much Dr. Sege giving his time and sharing his extensive knowledge, expertise, and successes with conference attendees."

"The event was a huge success. We had nothing but positive comments on Dr. Sege. We were very pleased with all the information he presented and with his presentation skills. Glad he was recommended to us. Please tell him we had a pleasure meeting him and thank you for everything." 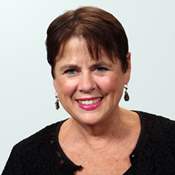