Television star Rosie Mercado is capturing hearts and imaginations across the globe with her compelling story, electric persona and breathtaking beauty. She was an expert Life Coach on a powerful talk show called Face the Truth. Produced by Dr. Phil and Jay McGraw’s Stage 29 Productions, Face the Truth was a traditional talk show that dealt with conflict and provides people with a usable takeaway. Read More >

A proud, bilingual Latina, Rosie is a true crossover star who also guest-hosts and is a correspondent on leading Spanish language networks, Telemundo and Univision, as well as on the Emmy-award winning Dr. Phil Show and The Doctors.

In fall 2020, Rosie’s story will be told to a worldwide audience through the publication of her memoir in both English and Spanish by Harper One and Harper Espanol.

The journey of her 240-pound weight loss and life transformation into a prominent voice for women’s empowerment went viral. Rosie sees her calling as advocating for people who are marginalized, transforming societal norms so that all are valued and accepted.

Named in April 2019 by People en Espanol as “Top 25 Most Powerful Latinas,” Rosie is an exciting star with a universal, international appeal. Read Less ^

On Face the Truth

A Conversation with Rosie Mercado 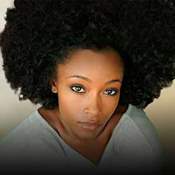 Singer-Songwriter, Actress & Co-host on The Real