Ruth Pointer’s deep and soulful voice turned out to be the missing ingredient when the fabulous Pointer Sisters went from a trio to a quartet in late 1972. Six months later, they were a household name, selling millions of records, tons of concert tickets and were at the start of their storybook career, eventually becoming one of the most successful female acts of all-time. Read More >

When overnight success came, the four sisters from Oakland all thought it was the answer to their long-held prayers. Widely known for their 15 Top 40 hits, “Yes We Can Can,” “Fairytale,” “Fire,” “He’s So Shy,” “Slow Hand,” “I’m So Excited,” “Jump,” “Automatic” and “Neutron Dance,” the Pointer Sisters were pioneers on several fronts: they created a fashion craze with their World War II retro-chic wardrobe in the early 1970s; were one of the first black artists to appear on MTV in the early 1980s and reinvented themselves as touring Broadway artists in Fats Waller’s Ain’t Misbehavin’ in the 1990s. The group was given a star on the Hollywood Walk of Fame in 1994.

While success may have served as an introduction to the good life, it also was an introduction to the “high life.” Limos, champagne, white glove treatment, mountains of cocaine and crack were the norm in the high flying ‘70s and ‘80s. Ruth Pointer’s devastating addictions took her to the brink of death in 1984, so much so that a powerful record executive took out a full-page obituary for Pointer in an industry trade magazine just in case she didn’t make it. However, through a rigorous 12-step program, daily inventory of her life and her supreme faith in God, Pointer has bounced back to live a drug and alcohol free life for the past 30 years.

Aside from her phenomenal success as a member of the multi-Grammy-winning Pointer Sisters, Ruth Pointer has occasionally stepped out on her own as a solo artist. She contributed the single “Streets of Gold” in 1989 to Disney’s Oliver & Company soundtrack. “Enemies Like You And Me,” a duet with Billy Vera can be found on the Iron Eagle II soundtrack. Background vocals by Pointer can be heard on Celine Dion’s Unison album (1990), June Pointer’s two solo albums, Baby Sister (1983) and June Pointer (1989), and Bruce Willis’ The Return of Bruno (1987).

As an international spokesperson for the USO in the early 1990s, Pointer has often traveled overseas to perform for our troops in locations such as: Budapest, Hungary, Bosnia, Bahrain and Italy. Ruth Pointer’s heartfelt memoir, Still So Excited!: My Life as a Pointer Sister (Triumph Books, 2016) will coincide with her headlining appearances at Arizona State University’s Project Humanities, where she will speak about her rock, recovery and redemption. Read Less ^

Through the Fire: My Journey from Addiction to Recovery

As a Pointer Sister since 1972, eldest sibling Ruth has seen her share of successes — and excesses, from late nights at Studio 54 in the '70s to the high-flying fame that came with the Sisters' 1983 Breakout album and subsequent MTV presence. Having to be constantly "on," whether in public, on stage or in front of TV cameras, took its toll on Ruth, and she spiraled into cocaine and alcohol abuse, followed by overeating. After a bout of meningitis nearly killed her in 1984, Ruth found her way to Alcoholics Anonymous and Overeaters Anonymous, embracing a sobriety through structure and measure that she has stuck to for more than three decades. In this presentation targeted to both sobriety adherents and seekers, she shares her stories of kicking booze, cocaine, and junk food in accordance with the 12-Step Program, her devotion to hard work as a performer, and her deeply held faith. At once inspirational, harrowing and wise, Ruth Pointer's path to recovery is a cautionary tale like no other.

I’m So Excited: How Faith Will See You Through

Ruth Pointer grew up in the Church — her parents were both ordained ministers in Oakland, California, and she sang in the church choir as a teenager — but she didn't come into her faith until later years, after life in the fast lane as a Pointer Sister brought her to the brink of death in the '80s. Since then, her faith has been guiding her as she continues to sing on stages across the world. Indeed, it's Ruth's deeply held faith that makes the performing possible and not vice versa, although it took hitting rock bottom for the superstar to realize how much she needed a Higher Power to get her through the struggles that tested her faith. In this inspirational presentation on the importance of faith-based community and devotion, Ruth shares stories of coming into her spirituality, and how a daily practice of prayer and fellowship can make even the toughest struggles feel surmountable.

The Shifting Shape of Show Business — Not All Silver Linings

As the eldest sibling in the Pointer Sisters, and a member of the popular trio since 1972, Ruth Pointer has experienced her fair share of show business highs and lows, with limousines, Champagne and white-glove treatment on one hand and isolation, addiction and physical exhaustion on the other. For her, a career in entertainment is a double-edged sword that glistens seductively one minute before stabbing you in the gut the next — but a weapon one can master and learn to wield responsibly and gracefully. In this presentation examining the dual nature of fame and celebrity, Ruth draws from her own experience in the limelight to argue that the showbiz life, while seductive, isn't all it's cracked up to be — especially when you wind up shattered at the end of your world tour from the excesses that invariably stem from too many successes. In this presentation targeted to fame seekers, fame watchers and fame skeptics, Ruth cuts to the heart of what many see as the good life, demystifying celebrity as the tough work and hard road it really is. She advocates   the adoption of balance and structure as well as sobriety and support networks as key strategies for maintaining entertainment careers that endure for the long haul rather than enable the quick fix.

"Our event was successful, and Ruth Pointer was lovely and very well received."

"Ruth was over the top amazing. She seemed to have a great time and the audience was captivated by her. The vulnerability she conveyed was touching beyond words."

Still So Excited!: My Life as a Pointer Sister 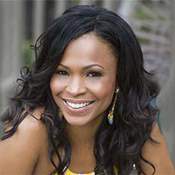 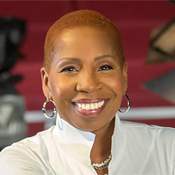