Tracee Ellis Ross, actress, performance artist and motivational speaker, is the star of the ABC comedy series Black-ish. For her role, Ross won the 2015 and 2016 NAACP Image Award for “Best Actress in a Comedy Series.” In 2016, Ross was nominated for an Emmy for Best Actress, Comedy, for her work on Black-ish, making her the first black woman in 30 years to garner a nomination in the category and only 1 in 5 all-time. Read More >

Ross is best known as the star of the hit sitcom Girlfriends that ran for eight seasons on The UPN/CW network. Her role on the series earned her eight NAACP Image Award nominations including two wins, one in 2007 and another in 2009, in the category of Outstanding Lead Actress in a Comedy Series. She also starred in and produced the BET series Reed Between the Lines, opposite Malcolm-Jamal Warner, which won her a third NAACP Image Award.

Ross was also seen in the short film series FIVE, a collection of 5 short films which aired on Lifetime in October 2011. She appeared in Lili, directed by Alicia Keys and produced by Jennifer Aniston, Kristin Hahn, Paula Wagner, Marta Kaufman, Francesca Silvestri and Kevin Chinoy. Other credits include turns in Love, Loss, and What I Wore on stage in New York and LA; guest starring roles on ABC’s Private Practice, CBS’ hit crime drama CSI opposite Laurence Fishburne, and HBO’s LIFE Support with Queen Latifah and feature films Hanging Up with Jennifer Connelly and Marcia Gay Harden, and Tyler Perry’s Daddy’s Little Girls with Gabrielle Union. In Spring 2016, Ross returned to the BET Network to host the popular award show, Black Girls Rock, for the fifth televised installment, and also co-hosted the BET Awards with her black-ish co-star Anthony Anderson for the second time.

A dedicated and passionate motivational speaker, Ross teaches “Tapping Into Your Creative Well,” a workshop she created that encourages participants to discover and utilize their inner joy to keep their lives on course. She is also a volunteer intent on making a difference in the lives of teenage girls. She works closely with Aviva Family and Children Services in Los Angeles and The Big Brother Big Sister Program, where she has held self-esteem workshops nationwide. Ross was honored by The Los Angeles Urban League as “Volunteer of the Year” in 2004, and was the 2009 recipient of the Impact Award from the Aviva Organization.

In 2012, the fashion influencer expanded her vast digital influence by launching her official website TraceeEllisRoss.com. The lifestyle site utilizes Ross’ unique cross-cultural and joyful point of view to inspire the soul, body and mind of her followers.

Most recently, Tracee has been delving into the crevices of her imagination unearthing bold, eccentric and deeply-flawed characters. As Tracee crafts these captivating “fictional” women, she allows them to live in the “real” world. Two examples of this are Madame Hiver, an extravagant, loveable, alcoholic life-coach to the stars; Caliope Champignon, an opinionated French fashion blogger who claims to have “created” Barneys New York; and #TMurda, her rap alter ego whom Ross counters with her further explorations of popular rap songs she hears on the radio. Read Less ^

A Woman Gracefully Defining the Rules for Success

The Me I Know

"Ms. Ross was phenomenal, better than I could have ever hoped for. She was a natural with the girls." 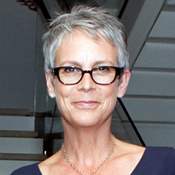