Sally Kohn is one of the leading progressive voices in America today. A CNN political commentator and the Daily Beast, Sally is a popular keynote speaker who makes audiences laugh and think. Read More >

Previously a Fox News contributor – the inspiration for her widely seen TED Talk – Sally’s writing has appeared in the Washington Post, New York Times, New York Magazine, More Magazine, RollingStone.com, Elle.com, USA Today, Afar Magazine, and many other outlets. Her work has been highlighted by outlets ranging from the Colbert Report to the National Review. Sally is ranked by Mediate as one of the 100 most influential pundits on television and by the Advocate as the 35th gayest LGBT person in the media (she ranks far higher on that measure!).

Sally is a highly in-demand keynote speaker, with audiences including Mount Holyoke College, Spotify, the University of Kansas, Knoll, and Southern New Hampshire University. Sally also works as a media and public speaking coach, training hundreds of companies, organizations and individual leaders to be their most effective and impactful selves in public.

Previously, Sally was Senior Campaign Strategist with the Center for Community Change, a 45-year-old hub of grassroots organizations nationwide. Sally served as co-director of ideas and innovation for the Center, helping lead the pioneering Campaign for Community Values, producing a nationally televised Presidential candidate forum in 2008, developing a new media organizing project on health care reform in rural communities and spearheading several other initiatives.

Before that, Sally served as Executive Director of the Third Wave Foundation, the leading young women’s organization in the country. She was also a distinguished Vaid Fellow at the National Gay and Lesbian Task Force Policy Institute, where she published a groundbreaking guidebook for organizing campaigns to win domestic partnership benefits. Sally also worked as a consultant with the Urban Justice Center, publishing a report on the experiences of gay youth in the New York juvenile justice system.

Sally received a joint degree in law and public administration from New York University and was a Root Tilden public service scholar at the New York University School of Law.  She received her undergraduate degree from George Washington University in D.C.  Originally from Allentown, Pennsylvania, Sally now resides in Brooklyn, New York, with her partner Sarah Hansen and their daughter Willa. Read Less ^

You Are Not Perfect

Emotional Correctness is Essential to Democracy

The Crisis of Hate

The word of the year in 2015 was "identity."  But in 2016, the most popular political target is political correctness.  That's not because political correctness and identity politics are the divisive, speech squelching roots of all evil—but the result of a powerful cultural and political backlash against the gains of racial justice, feminism and LGBT rights in the past decades.  In this timely speech, Sally weaves together history and humor—as well as personal anecdotes—to show how political correctness and identity politics have not only made America better for women, people of color and the gay and trans community but for straight white men, too.   Read More >

From Black Lives Matter to marriage equality, political correctness and identity politics are vital tools for leveling the cultural playing field in ways that lead to political and economic change.  That doesn't mean they're perfect—when political correctness goes to far to silencing dissent, it's not a tool but a weapon.  Still, let's not through the social change baby out with the bath water.  Recognizing and celebrating our diversity and treating each other with respect is a good thing and essential to a more equitable world.

Takeaways from this talk include: Read Less ^

Don't Drink The Kool Aid: Emotional Correctness In A Mean And Ugly World

Based on her hit TED talk, Sally explores the practical application of finding compassion for others—including, or even especially your enemies and haters and trolls — when they barely seem to deserve it.  How do you not just talk the talk of "emotional correctness" but try to walk it every day — treating others with the compassion you want them to have for you and others?  It's not easy. Read More >

In this personal and powerful talk, Sally reads from her epic folder of hate mail and hate tweets and shares her own internal and external strategies for combatting the meanness everyone experiences on some scale every day.  Useful for everyone from young folks struggling with the emotional gauntlet of social media to adults struggling with the emotional gauntlet that is their kids, Sally shares spiritual and practical tools we can all use.

Takeaways from this talk include: Read Less ^

It's a tough time to be white in America.  All the power and privilege white people have typically enjoyed without question is suddenly being challenged and we white people barely realize we have a race let alone know what to do about that awareness.  In this funny and refreshing talk, Sally tells white people (and their non-white friends) the four things every white person should know:  Read More >

(4)  But it is your responsibility.

Perfect for corporate audiences and college assemblies looking to find an accessible way into this intimidating topic, Sally helps white and non-white audiences think more deeply about white privilege and their own lives by sharing her own deeply personal stories while being hilariously self-critical.  This topic also works as a large or small group training format. Read Less ^

Don't Fear Change, Seek It: What Executives Can Learn From Organizers

The basic principle of community organizing is to not just accept the world as it is but to create the world as you want it to be.  A veteran community organizer who has transformed her own career into media and communications, Sally shares the insights of policy and political campaigns to help you be a change agent in your field.   Weaving in some of the most powerful stories from her own career and throughout the history of social movements — from the abolition of slavery to gay rights — Sally inspires and instructs audiences on how to actively pursue change in their own lives, communities and business arenas.

Takeaways from this talk include:

Animated with gripping stories and photos from social movements past and present, this talk is full of "aha" moments for every audience—connecting the goals and strategies of these world-changing movements to your own life and work and leaving every audience member changed. Read Less ^ 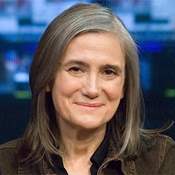 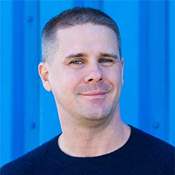