Sam Quinones is a journalist, storyteller, former LA Times reporter, and author of four acclaimed books of narrative nonfiction. His most recent book is The Least of Us: True Tales of America and Hope in the Time of Fentanyl and Meth, released in 2021. The book follows his 2015 release, Dreamland: The True Tale of America's Opiate Epidemic by Bloomsbury Press. Both books are critically acclaimed. In January 2022, The Least of Us was nominated for a National Book Critics Circle (NBCC) award for Best Nonfiction Book of 2021. Read More >

Dreamland won a National Book Critics Circle award for the Best Nonfiction Book of 2015. It was also selected as one of the Best Books of 2015 by Amazon.com, the Daily Beast, Buzzfeed, Seattle Times, Boston Globe, St. Louis Post-Dispatch, Entertainment Weekly, Audible, and in the Wall Street Journal and Bloomberg Business by Nobel economics laureate, Prof. Angus Deaton, of Princeton University. In 2019, Dreamland was selected as one the Best 10 True-Crime Books of all time based on lists, surveys, and ratings of more than 90 million Goodread.com readers. Also in 2019, Slate.com selected Dreamland as one of the 50 best nonfiction books of the last 25 years. In 2021, GQ Magazine selected Dreamland as one of the “50 Best Books of Literary Journalism of the 21st Century.”

Quinones’ career as a journalist has spanned 35 years. He lived for 10 years as a freelance writer in Mexico, where he wrote his first two books. In 2004, he returned to the United States to work for the L.A. Times, covering immigration, drug trafficking, neighborhood stories, and gangs.

In 2014, he resigned from the paper to return to freelancing, working for National Geographic, Pacific Standard Magazine, the New York Times, Los Angeles Magazine, and other publications.

Columbia Journalism School selected him as a 2008 recipient of the Maria Moors Cabot prize, for a career of excellence in covering Latin America. He is also a 1998 recipient of an Alicia Patterson Fellowship, one of the most prestigious fellowships given to print journalists.

For several years, he taught Tell Your True Tale writing workshops at East LA Library, the stories of which he posted on his storytelling webpage of the same name.

Quinones grew up in Claremont, California, and graduated from Claremont High School in 1977.

He attended U.C. Berkeley, studied economics and American history, and lived in the legendary, now-defunct Barrington Hall coop. There, he also produced punk rock concerts of bands such as the Dead Kennedys, the Dils, the Zeros, the Mutants, the Offs, Black Flag and Flipper, and wrote a senior thesis on the bebop jazz revolution of the 1940s.

He lived for a year in Europe, where he supported himself playing guitar on the streets and teaching English.

In 1987, he found his first journalism job at the Orange County Register. In 1988, he moved to Stockton, California, where for four years at the height of the crack epidemic, he covered gangs, dope and murder as a crime reporter for the Stockton Record.

In 1992, he moved to Seattle to write about county government and politics for the Tacoma News-Tribune.

In 1994, he left Seattle for Mexico, intending to study Spanish for a few months.

He spent his first week in Mexico in the village of Jaripo, Michoacan, which revealed to him the stories of Mexican immigration.

Hankering to stay, he then went to Cuernavaca, where while studying Spanish, he lived with the last Trotskyites in town. Their tiny apartment had the complete works of Lenin and photos of Che and Fidel throughout. Their son was Leon Ernesto -- named for Trotsky and Guevara -- and he was enamored with Michael Jordan and Budweiser models.

A couple months into his stay, Quinones found a Mexico City reporting job at an English-language magazine called Mexico Insight, which was his introduction to Mexico.

A year later, though, Mexico Insight folded and he became a freelance writer. For the next nine years, he covered the country, as Mexico went through its historic political transformation. (He was the first foreign reporter to walk through the halls of PRI headquarters after the party lost the presidency to Vicente Fox in 2000. The mood was grim, but not that grim, as the PRI had really died years before and had been pretending to know the country ever since.)

During his years in Mexico, he spent time in 25 of the country’s 31 states. He traveled heavily to the major immigrant-sending states, spending time with gang members and governors, taco vendors, popsicle makers, and Los Tigres del Norte. He wrote about soap operas; about ranchos and valientes, about white elephant construction projects; about Nezahualcoyotl, the massive slum suburb east of Mexico City, after it elected its first non-PRI government.

He lived briefly in a drug-rehabilitation clinic in Zamora, while hanging out with a street gang. He lived with drag queens in Mazatlan, hung out with merchants in the Mexico City neighborhhood of Tepito, and with the relegated PRI congressmen known as the Bronx.

On the border, he spent time with the last apostle of a splinter group of polygamous Mormons, Fernando Castro, who lived south of Ensenada, with three of his six wives, and some of his 42 children and 128 grandchildren.

Quinones followed the promoters of Tijuana's opera scene and visited the yeseros, makers of plaster statues of Mickey Mouse and Spiderman in that city's Colonia Libertad.

In 1998, he was awarded the Alicia Patterson Fellowship, one of the most prestigious fellowships in U.S. print journalism, for a series of stories on impunity in Mexico, including a story of a lynching in a small town.

During his years in Mexico, he wrote two collections of nonfiction stories.

His cult classic, True Tales From Another Mexico: The Lynch Mob, the Popsicle Kings, Chalino and the Bronx (Univ. of New Mexico Press, 2001) are nonfiction stories about people on the margins of contemporary Mexico - drag queens, Oaxacan Indian basketball players, valientes, gang members, and popsicle vendors.

His second book of non-fiction stories, Antonio's Gun and Delfino's Dream: True Tales of Mexican Migration (Univ. of New Mexico Press, 2007) tell of the lives of Tijuana opera stars, velvet painters, soccer players in southwest Kansas, narco-Mennonites, immigrants who return to run for mayor, a town southeast of L.A., and a young construction worker bent on finding a new way for himself. Read Less ^

The Least of Us: True Tales of America & Hope in the Time of Fentanyl & Meth

True Tales From Another Mexico: The Lynch Mob, the Popsicle Kings, Chalino & the Bronx

The Least of Us: True Tales of America and Hope in the Time of Fentanyl and Meth

True Tales from Another Mexico 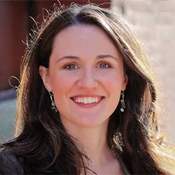