Former NBA player Chris Herren struggled with substance abuse for much of his basketball career. Drug-free and alcohol-free since August 1, 2008, he has refocused his life to put his sobriety and family above all else. He attends meetings daily to support his substance-free lifestyle and often speaks before groups trying to overcome addiction to share his experiences and road to sobriety. Read More >

In June of 2009, Herren celebrated one year of sobriety and took the next step in his career to launch a basketball player development company, Hoop Dreams with Chris Herren, Inc. Since the summer of 2009, he has trained hundreds of basketball players including some of the top basketball prospects in New England.

Off the court he continues to share his story with audiences in the hopes of reaching just one person and making a difference in his or her life. In May of 2011, his memoir Basketball Junkie, written with Bill Reynolds, was released, followed by the Emmy-nominated ESPN Films documentary, Unguarded, directed by Jonathan Hock.

Herren is the founder of The Herren Project, a nonprofit organization dedicated to providing treatment navigation and mentoring programs to those touched by addiction, and to educating people of all ages on the dangers of substance abuse. In 2012, The Herren Project launched a national anti-substance abuse campaign, Project Purple, to encourage people of all ages to stand up to substance abuse. In 2018, Chris also founded Herren Wellness, a residential health and wellness program that helps guests lead healthy, substance-free lives.

In his inspiring and life-changing presentations, Herren connects with audiences, teaching them that it is never too late to battle back from adversity and make your dreams become a reality. Read Less ^

TEDTalk: The Game Has Changed

Unguarded: A Conversation with Chris Herren

This program format has been designed for school assemblies and community groups, with the focus of relating Chris’s story to school-aged audiences nationwide. Following a DVD highlighting Chris’s basketball career and journey to sobriety, Chris will touch on such topics as drunk driving, gateway drugs, peer pressure, bullying and cutting. Additionally Chris will share statistics of drug and alcohol use amongst teens nationwide. To conclude the event, Chris will field questions from the audience.

In this very personal presentation, Chris will share his story in a brutally honest format with just a microphone. The event will start with a five-minute DVD introducing Chris Herren and showing highlights of his basketball career and his dream to play in the NBA, which began to unravel as a result of making a few bad decisions. From growing up in Fall River, MA to playing Division 1 basketball and in the NBA, he will take the audience on his journey from addiction to sobriety. Additionally, he will relate his story to the audience addressing themes of gateway drugs, prescription drug abuse, drinking and driving as well as self-harm. To conclude the event, Chris will field questions from the audience.

"Chris was an amazing! A lot of great feedback and chatter on social last night and this morning. You could have heard a pin drop in that gym when he was speaking. Super friendly, great guy.  We are lucky to have had him come share his message."

"It was by far, in my 18 years, the strongest, most powerful presentation I have ever heard. Chris was an inspiration to many."

"Words cannot express how good Chris Herren was! He was amazing. He was so kind to every student that wanted to talk to him. The parents, teachers, and students that attended are still buzzing about it. My hope and prayer is that a life or two was forever changed. Thank you for everything!"

"I have been in education for fourteen years now. Subsequently, I have witnessed approximately 60 assemblies and guest speakers’ presentations. Chris’s story and presence is by far the most moving and genuine."

"It was one of the best presentations I have EVER been to. The video was inspiring, the music was wonderful, and Chris Herren was amazing. Great, great job! I enjoyed every single minute there. Congratulations! I know your feedback on this must have been nothing but rave reviews."

"Chris Herren was an amazing speaker. The students and faculty were buzzing about him all week and still are. The feedback has been "best speaker we've had” and similarly high praises. In the week after, there were many conversations about drugs and alcohol and a few kids who came into counseling asking for help. We are so pleased with him, his approach, and his ability to reach the kids."

"It was simply amazing. Chris shared his story and the entire arena was blown away. We have had so many calls and emails commenting on the impact Chris' presentation has had on their kids. It was eye opening and riveting. I believe lives were truly changed on Saturday."

"Chris made a huge impact with his presentation. He talked to a packed auditorium with parents and kids and had their attention the entire time. He is an exceptional speaker and his information is on target with youth and their parents. While he is a celebrity, his demeanor is one of humility and openness about his sobriety in life. I would recommend him to anyone."

“We very much enjoyed having Chris at Conestoga and will definitely invite him back in a few years - his message is important and very effective and our students love him. Overall - he was very impactful.” 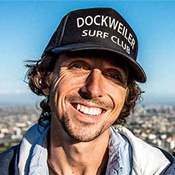