Known as a builder of political bridges with deep expertise in both the public and private sector, Ambassador Scott Brown speaks from more than 30 years of experience as a diplomat, senator, military officer, trade negotiator and bestselling author. As the former Ambassador to New Zealand and the Independent State of Samoa, he is considered an expert on all issues in the Indo-Pacific, including the U.S. relationship with China. In that region and beyond, Ambassador Brown brings high-level insights into the impact of geopolitics on trade and the business climate. He also shares an inspirational personal story of rising out of abuse and troubled beginnings to achieve success against all odds. Read More >

Completing his term as Ambassador, Brown has returned to his native Massachusetts to serve as the President, CEO and Dean of New England Law/Boston. Prior to his ambassadorship, he was Senator of Massachusetts, elected as a Republican in a 2010 special election to fill the term of the late U.S. Senator Ted Kennedy. During his time in the Senate, Ambassador Brown was considered its most bipartisan member, drawing upon many years of experience as a Republican in Democrat-majority Massachusetts politics. As Senator, Brown was the ranking member on the Armed Services Committee and the Committee on Homeland Security and Governmental Affairs. He also served as a member of the Veteran’s Committee and the Committee on Small Business. In 2011, he reached the top of the New York Times Best Sellers List with his powerful memoir, Against All Odds: My Life of Hardship, Fast Breaks and Second Chances.

In June 2017, Brown earned overwhelming bipartisan support and was confirmed by a 94-4 vote as the U.S. Ambassador to New Zealand and the Independent State of Samoa. During his term, Ambassador Brown focused on combatting terrorism, China’s expansionism in the Indo-Pacific region, enhancing trade opportunities, strengthening the United States’ “Five Eyes” relationship in New Zealand, expanding cooperation in the Antarctic, and human, drug, and child trafficking prevention. He also led the United States Embassy through the Christchurch mosque attack, the White Island volcano eruption, and the repatriation of American citizens during the COVID-19.

Ambassador Brown’s career in public service began as an Assessor and Selectman for the Town of Wrentham, Massachusetts. He served as Massachusetts State Representative for the 9th Norfolk District for seven years and as State Senator for the Norfolk, Bristol, and Middlesex District for five. For nearly four decades, Brown served in the enlisted and officer ranks of the Massachusetts and Maryland National Guard. He retired as a Colonel after three years as the Deputy to the Chief Counsel, to the Chief of the National Guard Bureau at the Pentagon.

Ambassador Brown’s private sector experience includes working for the Boston law firm Nixon Peabody, LLP, focusing on Mergers and Acquisitions and Governmental Relations. He also served on numerous boards and as an advisor to 1st Alliance Lending, LLP, an organization aimed at helping low-income citizens keep their homes. He is also remembered for his work as a paid contributor and occasional host on FOX and appearances on FOX National News and Fox Business.

CNN State of the Union

Why Can’t Washington (and America) Get Along?

When Republican Scott Brown’s ambassadorship was confirmed by his former Senate colleagues by an overwhelming 94-4 vote, liberal icon  Bernie Sanders was one of the first to shake his hand. This ability to build bridges is not new to Ambassador Brown. During his term in the Senate, he was known as its most bipartisan member. Before that, Brown was one of only a handful of Republicans in Massachusetts’ Democrat-majority State House. In this inspiring and highly unifying talk, Brown shares leadership lessons on navigating broad differences, elevating shared interests, bringing people together, and creating a common sense of purpose in fiercely divided times.

Standing Up to China

As an Ambassador in the Indo-Pacific, Scott Brown became an expert on all of the region’s issues, including the U.S. relationship with China. In this insightful talk, Ambassador Brown provides a geopolitical overview focused on trade and its impact on the bottom line of U.S. businesses. From unfair trade practices to creating more opportunity for American companies, he discusses the importance of standing up to China on key issues. Remarking that it’s important to “hold China’s feet to the fire,” he provides a global outlook on Washington’s current relationship with Beijing, future opportunities for U.S. business and the competitive advantages that U.S. companies must leverage to be successful in China. He also discusses the challenges that the Biden administration will face, providing sage advice from a business and security perspective.

Bringing expertise gained as an ambassador negotiating trade agreements and as a U.S. Senator, Scott Brown looks at the state of trade around the world and its effect on American business interests. From our relationships within North America, to the Indo-Pacific region and beyond, he examines the balance of power, highlighting opportunities and the key competitive advantages that the U.S. must maintain to succeed in a rapidly changing world.  Ambassador Brown tailors his focus to audience interests, providing high level insights into specific impacts on American businesses and the U.S. economy.

From “RomneyCare” to the ACA & Beyond: Exploring U.S. Healthcare Policy

Before Obamacare, Scott Brown championed its prototype in Massachusetts, named for its Republican governor, Mitt Romney. Years later, Brown went on to win Ted Kennedy’s seat in the Senate by promising to be the 41st vote against Obamacare. In this insightful program, Ambassador Brown makes the conservative case against the ACA, asserting that healthcare is better managed by states than the federal government. Welcoming civil discussion, this talk can also be formatted as a panel or conversation with someone with opposing views.

Against All Odds: My Life of Hardship, Fast Breaks & Second Chances

No one who met Scott Brown as a child or teen would have ever imagined that he would grow up to become a senator, ambassador or law school president. Born into a world of poverty, hunger, sexual predators, physical abuse and crime, Brown was nonetheless able to defy the odds. He credits the caring teachers and coaches who saw his potential and reached out.  Especially his social studies teacher. “You know what?” she said. “You’ve got everything in the world going for you. You’re tall, good looking, you’re athletic. You could be smart if you put your mind to it.” As Brown wrote in his New York Times Bestseller, Against All Odds, “I was the kid who always felt like a loser, who felt I had nothing going for me and she said that I had everything in the world going for me.” In this inspiring talk, Brown shares how educators helped him turn his life around and earn a full basketball scholarship to Tufts University. Noting that his ultimate success was not always as planned—Brown celebrates the power that educators and others who work with youth have to transform lives.

Against All Odds: My Life of Hardship, Fast Breaks, and Second Chances 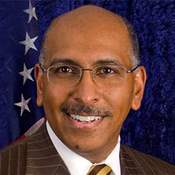