Seema Yasmin is an Emmy Award-winning medical journalist, public health physician, professor, CNN analyst and author. She was a finalist for the Pulitzer Prize in breaking news reporting in 2017 for her reporting on a mass shooting. As a former officer in the Epidemic Intelligence Service at the Centers for Disease Control and Prevention, she was deployed as strategic advisor to foreign governments, won awards from the United States Public Health Service for leading epidemic investigations, and was principal investigator for scientific studies on disease outbreaks and their long-term consequences. Yasmin trained in medicine at the University of Cambridge and in journalism at the University of Toronto. She practiced medicine in the UK’s National Health Service, completed a fellowship in mathematical modeling at UCLA and conducted disease modeling research in sub-Saharan Africa. Read More >

Yasmin trained in journalism at the University of Toronto and was a staff writer at The Dallas Morning News when Ebola arrived in Dallas during the West African Ebola crisis. She has covered epidemics of Ebola and Zika, and other science and medical topics, for news organizations including Rolling Stone, WIRED, Scientific American, BBC, CBC, ABC, NBC, Reuters, and others. In 2017, she was selected for the John S. Knight in Journalism Innovation at Stanford University where she studied the spread of misinformation and disinformation during epidemics. She has won two awards from the Pulitzer Center on Crisis Reporting.

Yasmin is Director of the Stanford Health Communication Initiative and Clinical Assistant Professor in the Stanford University School of Medicine. She overseas research and education programs on epidemics of disease and the contagious nature of information. She teaches medical journalism to students and advanced communication skills to medical school faculty.

She is author of The Impatient Dr. Lange: One Man’s Fight to End a Global HIV Epidemic; Muslim Women Are Everything: Stereotype-Shattering Stories of Courage, Inspiration and Adventure; If God Is a Virus: The Ebola Poems; and What the Fact? Finding the Truth in All the Noise. Read Less ^

What You Need to Know About Coronavirus | WIRED

What the Fact? Finding the Truth in All the Noise

What is a fact? What are reliable sources? What is news? What is fake news? How can anyone make sense of it anymore? Well, we have to. As conspiracy theories and online hoaxes increasingly become a part of our national discourse and “truth” itself is being questioned, it has never been more vital to build the discernment necessary to tell fact from fiction, and media literacy has never been more vital. Dr. Seema Yasmin, an award-winning journalist, scientist, medical professional, and professor, traces the spread of misinformation and disinformation through our fast-moving media landscape and shows us the skills that will help identify and counter poorly-sourced clickbait and misleading headlines.

What happens at the epicenter of an epidemic? How do disease detectives track down patient zero, find the source of contagion, and stop the spread of disease? As an Officer in the Epidemic Intelligence Service, Dr. Yasmin was tasked with hunting diseases and chasing epidemics. Inside prisons, across bordertowns, and within the walls of hospitals and workplaces, she traced microbes and worked to protect communities. Pulling back the curtain on the inner workings of an epidemic investigations, Dr. Yasmin tells stories from the front lines of global public health to demonstrate how humans are increasingly connected and epidemics are the new normal.

Diseases do not spread in isolation - they spread alongside rumors, health hoaxes and even deliberate disinformation campaign launched by bad actors trying to create havoc. Misinfodemics - epidemics of fake health news - are as dangerous as viruses. As an expert in both epidemics and misinfodemics, Dr. Yasmin breaks down how fake news spreads, why humans believe what we believe, and what we can do to protect ourselves from dangerous diseases and dangerous information.

Contagions are the new normal. In a globalized, hyper-connected world, we can expect to see more frequent, bigger, and faster spreading disease epidemics. In fact, scientists working on the front lines of disease detection say the new coronavirus pandemic is "only a dry run" for The Big One - a pandemic that could wipe out millions. Dr. Yasmin explains how viruses jump from animals to humans, how human behaviors encourage the spread of disease and what we can do to protect ourselves.

What the Fact?: Finding the Truth in All the Noise

The Impatient Dr. Lange: One Man's Fight to End the Global HIV Epidemic

Muslim Women Are Everything: Stereotype-Shattering Stories of Courage, Inspiration, and Adventure 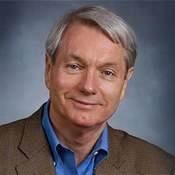 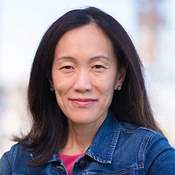 Associate Professor in the Center for Policy and Research in Emergency Medicine, Oregon Health & Science University and Founding Member for TIME’S UP Healthcare