Intelligence poacher-turned-gamekeeper, Shawnee Delaney is a decorated Intelligence Officer, licensed Private Investigator, and an Insider Threat Expert and Founder of Vaillance Group. She deploys war stories, humor and charm to bring unrivalled insight into the nexus of espionage and the corporate world. Read More >

A certified Case Officer and alumnus of "The Farm", the CIA’s iconic training facility; Shawnee spent nearly a decade with the Defence Intelligence Agency conducting clandestine Human Intelligence (HUMINT) operations all over the world, including four combat zone tours in Iraq and Afghanistan. She will, for the right price, tell you the story of the time Al-Qaeda issued a fatwa against all female intelligence officers and tried to kidnap her. Thereafter, alongside the Department of Homeland Security, she coordinated and managed intelligence community relationships in the protection of U.S. critical infrastructure and industrial control systems.

Shawnee's civilian client back catalogue boasts industries including celebrated bêtes noires Big Pharma and Big Tech. She led the development and implementation of Uber's first ever Insider Threat program, with special focus on their autonomous vehicles program. She also led complex corporate investigations all over the globe targeting fraud, platform abuse, data exfiltration, and attribution of unauthorized disclosures.
At Merck Pharmaceuticals she created and personally delivered a cutting-edge training program to over 5,000 employees as part of their Intellectual Property and Trade Secrets protection program, setting a record for positive employee feedback that, to her knowledge, still stands to this day. There she also created interactive, multidisciplinary training packages for 45,000 employees on Insider Threat, workplace violence and active shooter awareness that had an emphasis - despite the inherently dry nature of some of the material - on engagement, impact, and fun.

Why Are Insider Threats So Dangerous to Your Organizations

From Spies to Social Engineers: Mitigating the Human Threat

This presentation will provide an overview on what the term "insider threat" actually encompasses, from unintentional acts to malicious acts, and everything in between. It will provide details and case studies on malicious insider acts, psychological motivations of a malicious actor, and the Critical Pathway. The Critical Pathway, as identified by Shaw and Sellers, explains how personal predispositions, stressors, and concerning behaviors can lead up to Insider Threat-like behaviors and/or malicious acts. Read More >

In addition, this presentation will discuss: Read Less ^

Espionage is real and is all around us. Think you would never be recruited as a spy? Think again.  Read More >

In this presentation you will learn from a former Case Officer - a Spy - how she used to target and recruit people just like you. From elicitation at airport gates to surveillance of unwitting people, hear the tricks and techniques she leveraged against various targets of all walks of life and how you can prepare if you suspect you are ever approached. This talk covers both human and cyber security tactics used and addresses how today’s malicious actors including hackers, nation states, and organized criminal groups, use the same techniques as spies.  Read Less ^

Given by a former spy, this talk provides details on the different types of espionage and how they can affect your organization. It will cover industrial espionage, corporate espionage, and foreign espionage in detail, offering examples of motivations to conduct espionage, costs, how spies are recruited, and case studies on various threat actors.

An employee’s lifecycle encompasses several stages throughout their career.  This begins with recruitment and concludes with resignation, retirement, or termination.  This talk addresses how organizations can establish an employment lifecycle program in order to give employees consistency throughout their careers and teaches you how to prevent insider threats as a result.  It also provides a framework to understand important interdependencies, touchpoints, interactions, and gaps in insider protection strategies. Read More >

It will cover: Read Less ^

In addition, this presentation will discuss: Read Less ^

Innovator: Spy on the Inside to Insider Threats

In this talk Delaney covers the challenges of being an entrepreneur and how she overcame them while starting two new businesses. Drawing from her expertise in the cybersecurity and human intelligence worlds she will share techniques she used daily in her business to mitigate risks, manage the employment lifecycle, conduct research, build networks and gain other business-related skills - all tools she learned and honed while conducting espionage around the world. Finally, Delaney will review some common threats that entrepreneurs shouldn't overlook and share personal stories of her background and new challenges in starting a second new company that aims to be a disruptor in an industry that has never been addressed before!

"It was a great honor to host Ms. Shawnee Delaney as one of our speakers for the online panelist discussion on Career in National Security at Harvard Kennedy School. Ms. Delaney brought deep insights for the conversation, especially from a female leader’s perspective. She shared her career experiences in a personable manner that the audience from different backgrounds can easily relate to. She answered questions with professionalism and candor. We received great feedback from event participants. It was an absolute pleasure working together with Ms. Delaney on this event. Hope we will have the opportunity to host her as a speaker again in the future."

"Shawnee was great!…She was great to work with….she came off very relatable and interesting!"

"Shawnee Delaney is an exceptional subject matter expert on the coin of the realm of cyber security -- Insider Threats. Incorporating her deep experience running cloak and dagger espionage operations in war zones as a Defense Intelligence Agency Officer and protecting U.S. critical infrastructure, Delaney delivers highly organized, substantive presentations. Her comprehensive training curriculum, buttressed by the most relevant and often intriguing case studies, teach the best cyber security practices, on which corporations and private citizens should comfortably rely to protect their data and reputation."

"Shawnee Delaney is that unique, once-in-a-lifetime gifted speaker with an amazing ability  to blend the art of intelligence with the art of storytelling with her audiences. She is a clandestine warrior who excelled in recruitment operations directed against human intelligence (HUMINT) sources. Shawnee is the perfect story teller. Her stories are timeless and authentic. She delivers her materials flawlessly and the sources Shawnee recruited over the years were captivated by her magnetic personality and hypnotized by stories of her experiences in the world of espionage, both government and corporate. Your audiences will be equally enamored."

"I've had the pleasure of working with Shawnee Delaney as a panelist on a webinar we hosted about insider threat. Her contribution was integral to the success of the event. She had compelling stories to tell and had a great flow throughout. Her answers to the questions posted by the host and the audience were on point and she kept the audience engaged. All in all Shawnee is a talented and respected speaker and I would jump at the opportunity to collaborate with her not only just on training events but on overall Insider Threat expertise."

"Our firm has provided superior training to major law enforcement, government and private sector organizations for many years. Shawnee Delaney was brought in for a recent collaboration to provide half-day Insider Threat training to high level law enforcement and private sector personnel. Shawnee's ability to include exactly the right amount of information, paced perfectly throughout the half day, in a way that was incredibly engaging has resulted in the highest rated training delivered in this arena. Not only did we receive considerable feedback on the value of the materials being provided, we have been asked to provide additional training with Shawnee as soon as possible. Shawnee is a true professional who knows the ins and outs of the threat that insiders pose."

"My first interaction with Shawnee Delaney was through participating in an Insider Threat training through the Infragard program in 2020. Shawnee mastered a four hour virtual journey that was superbly laid out for flow of content and peppered with engaging real-life stories. Her ability to bring the threat of insider risks to life, in  away that gives the audience a digestible path to initiate an appropriate plan of their own, thrilled me. I have personally trained thousands of cybersecurity providers and my own techniques were improved by watching Shawnee in action. I have since become a loyal follower of her training programs and have recommended her as  the go-to expert in everything Insider Threat."

"Shawnee Delaney is a dynamic and exciting presenter whose in-depth knowledge of cybersecurity and insider threats both educates her audiences and provides them with an actionable plan for prevention. Shawnee pulls from real life experiences from both her days in the intelligence world and the corporate world and can detail both the human and technical vulnerabilities that exist today.  Her ability to chronicle the pervasive nature of insider threats and how these are often the entry point for cyberattacks like ransomware and nation-states, set her apart from others. She is a fantastic storyteller and thought leader that immediately captivates her audience when she begins to present. Shawnee is also a wonderful person to work with, she is thoughtful and cares deeply about delivering content that will have immediate impact on her audience's ability to secure their environment."

"It was a real privilege to host Shawnee Delaney as the closing keynote speaker at our #Inspiring Politics Careers Week at University College London. Ms Delaney shared her wealth of experience in the field and throughout the trajectory of her career with a rare blend of acute insights, honesty, and humour. She both impressed and inspired our global audience with her approachable and good-natured responses to quite thorny topics peppered with substantive, practical and meaningful advice that was relatable to all. The students at all levels loved her! It was truly delightful to work with Ms Delaney throughout the preparation and during the event, and I hope that we will be able to welcome her back to campus, in person, very soon." 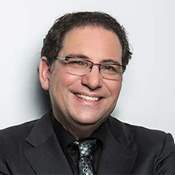 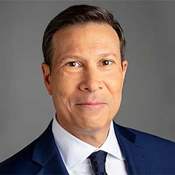 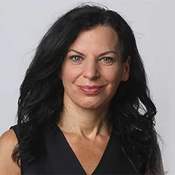