In academia, the private sector, government and media, Professor Juliette Kayyem is an international leader in crisis management, disaster response and homeland security. Kayyem serves as the faculty chair of the Homeland Security and Security and Global Health Projects at Harvard's Kennedy School of Government. Read More >

Previously, she served as President Obama's Assistant Secretary at the Department of Homeland Security and before that as MA Governor Deval Patrick's Homeland Security Advisor managing complex policy initiatives and organizing government responses to major crises.

Juliette is the author or editor of six books, including the best-selling book Security Mom. The Devil Never Sleeps: Learning to Live in an Age of Disasters will be published in March 2022 by Public Affairs.

Juliette lives in Cambridge, MA, with her husband, Judge David Barron of the First Circuit Court of Appeals and has three children. Read Less ^

Taking Charge of Our Own Safety

After the "Boom": Building Resiliency in an Age of Mayhem

Emergency management planning is the responsibility of all leaders. The essential missions of disaster management are broken down as a template for all crises, with Kayyem providing lessons learned from years spent managing the nation’s most pressing disasters. Kayyem draws on her experiences handling such crises as the BP Oil Spill, the H1N1 Outbreak, among others, to deliver important lessons for the public and private sector alike.

Keep Calm and Carry On… right? Well, not exactly. The popular refrain intended to inspire steadfast stoicism belies the meticulous network of systems required to actually keep us secure. Somewhere between oblivious and frantic (“tune out or freak out”) stands the balanced attitude of diligent resiliency, where evidence-based strategies are tested and strengthened. Here, Kayyem discusses the tumultuous history of Homeland Security, the threats we now face, and the pursuit of a sensible approach to keeping our communities safe.

There’s no such thing as perfect security. The rhetoric that somehow we can stop all bad things from happening is not only inaccurate, it’s a dangerous framework for thinking about risk. Bad Things will happen, but corporations and communities can minimize the damage by creating conditions that favor the most positive outcome possible. Kayyem reveals the 5 Components of Resiliency, with real life lessons for leaders in all fields.

Cyberspace is an exceptionally difficult arena to secure, with growing threats to our critical infrastructure and more. But aside from the sophisticated technology and certain unique vulnerabilities, cybersecurity is ultimately about governance. As a result, our approach to cross-sector capabilities and readiness shouldn’t be shrouded in mystery. Kayyem discusses how to build resilient systems to prepare for and respond to connected environments and support restoration.

Homeland Security, long shrouded in jargon-heavy secrecy, is unpacked and de-mystified by the original Security Mom, Juliette Kayyem. And as it turns out, the principles of keeping our nation safe are not so different than those we employ every day to keep our families safe. Strong communities are the building blocks of strong nations, and Kayyem brings her years of experience at the top levels of government home to the kitchen table for a frank, funny, and relatable discussion of the role we all play in keeping the home – and the homeland – safe.

Kayyem is also available to speak about current events.

The Devil Never Sleeps: Learning to Live in an Age of Disasters

Security Mom: My Life Protecting the Home and Homeland 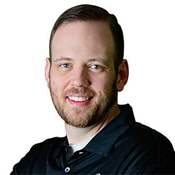