Sheryl Lee Ralph is an internationally acclaimed motivational and inspirational speaker and an award-winning actress who delivers empowering and thought-provoking keynotes on family, faith, love, and overcoming obstacles. She has spoken at schools, universities, social organizations, churches, and religious conferences around the world. Read More >

Ralph showcases her exceptional abilities in feature films, concert halls, the Broadway stage, and on TV. She was nominated for a Tony Award and a Drama Desk Award for creating the role of “Deena Jones” in the landmark Broadway musical “Dreamgirls.” She has also starred in such films as The Distinguished Gentleman with Eddie Murphy, The Mighty Quinn with Denzel Washington, Mistress with Robert De Niro, and Sister Act 2 with Whoopi Goldberg. Ralph won the Independent Spirit Award for Best Supporting Actress for her role in To Sleep with Anger with Danny Glover. She found immense popularity on TV starring in such hits as It’s a Living, Designing Women, and Moesha. She broke new ground in the Showtime series Barbershop as the popular post-operative transsexual “Claire.” Ralph has also appeared in NBC’s Smash, 2 Broke Girls, Ray Donovan, and Criminal Minds.

Ralph is an honored AIDS advocate and founder of The Diva Foundation, a nonprofit organization dedicated to addressing critical health challenges of HIV/AIDS through arts and advocacy. She is also a celebrity spokesperson for the National Minority AIDS Council (NMAC).

Sheryl Lee Ralph is the author of Redefining Diva: Life Lessons from the Original Dreamgirl.

At the age of 19, Ralph was the first and youngest female graduate of Rutgers College. She holds two honorary PhDs for her HIV/AIDS work.

She is also the creator/producer of Divas Simply Singing!, which after 22 years of commitment has become the longest-running musical HIV/AIDS fundraiser in the country, headlining such talent as Chaka Khan, Brenda Russell, Oleta Adams, Roberta Flack, Raven-Symoné, Melissa Manchester, Dianne Reeves, and Stacy "Fergie" Ferguson. Ralph is also founder and creator of the very successful Jamerican Film Festival, which has produced five Showtime Filmmaker Finalists in five years.

Some Folks Never Quit: A Conversation with Sheryl Lee Ralph

The Joy of Living

"Whenever she speaks about the issue of HIV/AIDS she shows her level of commitment to raising awareness and attention to the devastating impact the disease is having, particularly among communities of color." 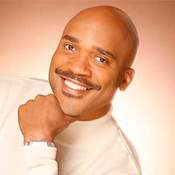