Abandoned in a NYC apartment by a teenage mother on drugs, Shane Salter was thrust into parenting his infant brother at the age of four. Attempting to overcome the cycle of neglect, becoming a single teen parent exacerbated by growing up in foster care, compelled Salter to dedicate his life to family advocacy, youth justice, community engagement and school support. Today, he continues to build on his experience as an educator, national advocate, consultant, lecturer and public servant, to foster hope for children and families wherever possible. Read More >

Salter served as former Chief of Staff for Health and Human Services under Mayor Anthony Williams in DC and is the founder of CASA for Children of DC. He's been inducted into the National Fatherhood Hall of Fame, is an Olympic Torchbearer and received an EMMY Award for his contribution to "Keeping Kids Healthy."

As an acclaimed speaker and author, Shane Salter addresses topics related to living through and rising beyond, adversity. He also shares his inspirational journey from abandonment to hope and from forgiveness to achievement in his riveting memoir, Fostering Hope.

Salter is a veteran of both the US Navy and the US Air Force Reserves. He holds undergraduate degrees in healthcare management and human services from Elmira College and Southern Illinois University at Carbondale, as well as a master's degree is in leadership and management from Webster University. Salter currently teaches Business and Computer Technology in Charlotte where he now resides. Read Less ^

Inspiring greatness from kids that come to school from great neighborhoods and families is much easier than inspiring kids that come from fragile ones…never the less a great teacher recognizes that kids like crayons, no matter how broken, have various shades of greatness in them. Mr. Salter will share his journey as a broken kid who learned how to color the world differently in school, in his family, and ultimately as a teacher. His message helps us realize that in our own greatness, we use the crayons given to inspire great colors from students.

The Four-Year-Old Parent: Keeping Siblings Together

"He was exactly what we needed. He was on time, in a great mood, gave a message that was powerful, and stayed to shake hands with our teachers. He made many people cry (positive) and several stop me to say he was the motivation they needed to start the year."

"Shane was terrific. Everyone in the room was moved by his story—some to tears, including our professional auctioneer! Also, he was really great with our foster care clients and staff who attended the speaker reception in his honor. He spent a lot of time talking with them and I think he really made an impact."

Fostering Hope: Living the Dream with My Name on It 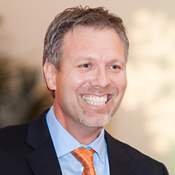