Sir Bradley Wiggins is one of Britain’s most remarkable sportsmen. His dramatic success on both track and road has seen a surge of interest in cycling in the UK and earned him an enduring position of affection with British public and cycling fans around the world. Read More >

Since winning his first Olympic medal at Sydney 2000, Wiggins has collected six further medals in several Olympic cycling disciplines, and his gold medal in the time trial at London 2012 provided one of the defining moments of the Games on Bradley’s home soil.

Earlier In 2012, he became the first British man to win cycling’s most grueling challenge, the Tour De France, and created history by becoming the first person to win both the Tour and an Olympic gold medal in the same year.

It’s a far cry from a humble upbringing on a council estate in North London and Sir Bradley’s achievements were recognized when he won the prestigious BBC Sports Personality of the Year, polling more votes than any other athlete in its 60 year history.

In December 2013, he received a Knighthood from Her Majesty Queen Elizabeth at Buckingham Palace, and over the next year he returned to the road to win The Tour of California and to become UCI World Time Trial Champion.

In 2015, Sir Bradley launched his own cycling team, named simply Wiggins, and smashed the UCI Hour Record by cycling 54.5 kilometers in an hour, further than any man since records began in 1893.

Known for his sense of style, his passion for music and his engaging personality, Sir Bradley Wiggins appeal extends far beyond his devoted cycling fan base. Despite his extraordinary success on the world stage, he remains a man of the people. Read Less ^

An Evening with Sir Bradley Wiggins 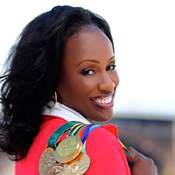