Yong Zhao has received numerous awards including the Early Career Award from the American Educational Research Association, Outstanding Public Educator from Horace Mann League of USA, and Distinguished Achievement Award in Professional Development from the Association of Education Publishers. He has been recognized as one of the most influential education scholars.

His works focus on the implications of globalization and technology on education. He has published over 100 articles and 30 books, including An Education Crisis Is a Terrible Thing to Waste: How Radical Changes Can Spark Student Excitement and Success (2019) What Works May Hurt: Side Effects in Education (2018), Reach for Greatness: Personalizable Education for All Children (2018), Counting What Counts: Reframing Education Outcomes (2016), Never Send a Human to Do a Machine’s Job: Correcting Top 5 Ed Tech Mistakes (2015), Who’s Afraid of the Big Bad Dragon: Why China has the Best (and Worst) Education System in the World (2014), Catching Up or Leading the Way: American Education in the Age of Globalization (2009) and World Class Learners: Educating Creative and Entrepreneurial Students (2012).

Zhao was born in China’s Sichuan Province. He received his B.A. in English Language Education from Sichuan Institute of Foreign Languages in Chongqing, China in 1986. After teaching English in China for six years, he came to Linfield College as a visiting scholar in 1992. He then began his graduate studies at the University of Illinois at Urbana-Champaign in 1993. He received his masters in Education in 1994 and Ph.D. in 1996. He joined the faculty at MSU in 1996 after working as the Language Center Coordinator at Willamette University and a language specialist at Hamilton College. Read Less ^

TEDTalk: Every Child Is a Rudolph

How Do We Enhance Our Education?

Perils or Promises: Education in the Age of Smart Machines

The world needs globally competent creative and entrepreneurial talents to take advantage of the opportunities brought about by technology and globalization. But schools are pushed to produce homogenous, compliant, and employee-minded test-takers, as a result of the traditional education paradigm. Zhao proposes a new education paradigm needed for the new world.

Reach for Greatness: Empowering Your Kids to Harness Their Talents to Conquer the Challenges of the Modern World

Dr. Yong Zhao calls for a paradigm shift in education and brings extensive evidence to show that every child has both the potential and the need to become great. He advocates that the goal of education is to help each child discover and develop their unique strengths and passions so that they can be best prepared to meet the challenges of the modern world including globalization, technology, smart machines and the need to create value for others. To do so, parents and educators need to make education personalized by the child, instead of personalized for the child. Together, we need to help each child find what uniquely makes them great.

Education needs a paradigm shift from the one-size-fits-all approach to a more personalized one in order to prepare students to thrive in the new world shaped by technology and globalization. Many schools and school leaders are interested in making the shift. This program offers theoretical, strategic, and practical suggestions for leading such a shift. Read More >

This series consists of six in person or virtual sessions can be customized, reduced or expanded on to help each schools unique needs.

1. The Forces Behind the Pivot- Discusses the social, political, technological, psychological, and educational forces that drive the paradigm shift in education.
2. How to Pivot (1): School Within a School-Discusses one of the strategies to start the paradigm shift by building a school within a school. A school within a school creates new possibilities for some students and staff without abruptly revolutionizing the existing school.
3. How to Pivot (2): Changing Pedagogy and Staff-Discusses strategies and actions to change pedagogy and staff in schools to offer a more personalized education for students.
4. How to Pivot (3): Relax the Curriculum and Enable Student Voice-Discusses ways to change the curriculum so that personalized curriculum can get started. It emphasizes ways to bring in student as co-owners of their learning and learning environments.
5. How to Pivot (4): Change Assessment and Student Profiles-Discusses ways to rethink school assessment, with a focus on developing student profiles in addition to standardized assessments.
6. Summary and Discussions for Next Steps Read Less ^

The COVID-19 pandemic has caused both unprecedented disruptions and massive changes to education. While some changes may disappear, the pandemic has created a unique opportunity for schools to rethink what is necessary, desirable, and even possible for current and future generations. In his inspiring keynote, Yong will explore the essential abilities and spirit of the new world – creativity and entrepreneurship – where every child creates their own value through individual greatness. He’ll also discuss the vital role policymakers can play to build back better an education system that positions students to thrive in the modern world.

Student as Partners of Change in Education: Self-Determined Learning & Student Ownership of Learning

Educational changes have often been led and implemented by adults but they are supposed to affect students. Students have rarely been considered as owners of their learning or partners of change in education. In this presentation, Dr. Yong Zhao discusses how today's students should be involved in educational changes.

COVID-19 & Education: The Real Changes We Need in Education

In this presentation, Dr. Yong Zhao discusses the real changes we need. These changes should respect students' agency and rights to self-determination. They should address the issues of quality and equity. They should be globally and locally oriented. They should be online and in person. The overall idea is to help each and every student to discover and develop their unique talents and translate their talents and expertise into valuable solutions to significant problems.

What Works May Hurt: Side Effects in Education

Evidence-based education has been popular, but what evidence matters. In this presentation, Dr. Yong Zhao talks about the various issues about evidence. In particular, he discusses that education has multiple outcomes and the outcomes can conflict with each other. Achieving one outcome may come at the cost of another outcome. The same education intervention can both improve some outcomes but cause damage to other outcomes.

"Dr. Zhao was as entertaining as he was thought provoking and informative. Our audience was very appreciative and we have already received positive reviews. We had a good turnout not only from our school communities, but also from our Heads of schools who very much enjoyed dining with Dr. Zhao."

"We received a lot of positive feedback about Professor Zhao. Both his workshop and keynote went well...I heard good things about [his sessions]!"

"Yong was a big hit! He was funny, knowledgeable, provocative in a good way, challenged old beliefs, gave great examples during his presentation and was very flexible with the workshop format. He was extremely engaging."

"Dr. Zhao is an exceptional individual whom I feel privileged to have hosted. His messaging, storytelling, graphics, all and everything were well received and important to our community. The comments were all positive. Educators were reminded of the purpose of serving our students, the community and the world. Thank you again."

"His message makes one feel uncomfortable about being comfortable. His delivery is so riddled with humor it softened the harsh reality of his message yet the data he pulled from his 301 camera roll supported every “claim” he made. Homerun for us! He is an incredible presence, and everyone in public education whether administrator, faculty or school board members should take his message to heart."

"Dr. Zhao’s visit to campus was absolutely fantastic. What I appreciated the most about him is that regardless of what audience we asked him to address, he customized his message to that group. He was extremely easy to work with and engaging everywhere he went. Everyone appreciated that Dr. Zhao’s ideas are different and challenging of the current paradigm. They also appreciated his humor. The primary donors of the lectureship said this was one of the best lectureships we have had thus far in 7 years. I have no idea how we can possibly match/top this for next year."

What Works May Hurt―Side Effects in Education

Who's Afraid of the Big Bad Dragon: Why China Has the Best (and Worst) Education System in the World

Reach for Greatness: Personalizable Education for All Children

Imagining the Future of Global Education: Dreams and Nightmares 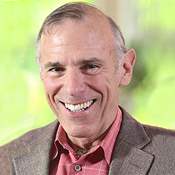