Steven Farrell, brother in law of Hollywood film star Colin Farrell is an Irish artist and speaker. His art work is collected by actors, directors, politicians, diplomats and business leaders. On September 11th, 2017 Steven’s life changed forever when he was diagnosis with stage 3 metastatic melanoma, the deadliest form of skin cancer. His mantra is ‘Do It Now’ and now that he’s cleared of cancer, he travels around the world sharing his stories and motivating people to act now, work towards their goals and dreams, help other people and make memories with the people they love, before it’s too late. Read More >

Steven also speaks about the importance of creative expression and of how creativity helped him though the difficult periods of his life, from growing up gay in a working-class part of Dublin through his cancer treatment and recovery. Steven believes creative expression can help people through any difficulty they face large or small and, in a home, or work environment.

Steven is also the host and producer of the popular The Steven Farrell Podcast, which entered the Irish iTunes Charts at No.1. He has interviewed guests from a variety of backgrounds including Colin Farrell, movie producer Joel B. Michaels and TV Anchor Lisa Cannon.

He has appeared on most of Ireland’s leading TV and radio shows and is regularly featured in print media.

Steven is also politically active and is the former Local Area Representative for Dublin Bay South and was heavily involved in the successful Marriage Equality referendum of 2015 and the Repeal the 8th referendum of 2017, in Ireland. He is an advocate for the rights of minority groups and is an NLP Mind Coach and works one-on-one with clients to help them overcome challenges, set and achieve goals and live their lives on their terms. Read Less ^

Do It Now: Live Life Before It’s Too Late

In this presentation Steven speaks about the importance of ‘doing it now’ and not putting things off until tomorrow and reaching for your goals and dreams. He speaks about his own experience of getting closer to death than he ever thought he’d be, when in 2017 after a stage 3 cancer diagnosis he was hospitalized with sepsis - twice. Read More >

In this talk, Steven shares tools and techniques, that have real life applications, he used, to help him through the most difficult periods of his life, the three letters he uses when he finds himself procrastinating and how he banished worry - forever.

Steven talks about the importance of expressing our individual creativity, of how the ‘gift’ of creativity can help the creator, and how it can help other people too and that’s the greatest gift of all.

This uplifting, inspirational talk hits home and is a reminder of how precious life is and how important it is to believe in yourself, be kind and make memories with the people you love. Steven also speaks about the importance of helping others and asking for help. Read Less ^

Getting Your Body & Mind Back After A Serious Illness

When in the blink of an eye he went from the healthiest, strongest and most successful he’d ever been, to being diagnosed with stage 3 metastatic melanoma, Steven passed out and hit the ground and his world seemed like it was falling apart, but he got up and after several surgeries and two hospitalizations due to sepsis, Steven decided to focus on healing his body, mind and spirit. Read More >

In this talk Steven shares stories of the ups and downs of the healing process, the dangers doing too much too quickly, the ongoing challenges after a groin lymph node dissection, the importance of proper nutrition and physical exercise and how daily meditation and being in the moment is more important than ever in this ‘constantly engaged’ world we all live in. Read Less ^

Your Creativity Can Change the World

What is it Steve Jobs, J. K. Rowling and Walt Disney have in common with everyone else in the world? Creativity. In this presentation Steven speaks about our biggest asset: our creativity and how sharing our creative voice can help in work or home environments. Read More >

Steven also speaks of the importance of expressing our creativity and how it can help people overcome any challenges, lead to innovation, inspire and help others and can change the world. He shares his own story of how creativity helped him through a stage 3 cancer diagnosis and also speaks about how fearlessness and vulnerability are important for creativity and how a diverse environment fuels creativity. In this talk Steven shares techniques to help people access their creative voice, including 'taking a line for a walk' and the Disney Strategy. Read Less ^

"Steve is an amazing young man who has a unique ability to inspire and motivate others. His wit, humour, compassion and life experience enable him to reach out and communicate with people from all walks of life. His sense of awareness coupled with his warm personality and generosity enables him to engage effectively with his audience. His story is truly inspirational, he is highly successful and has had a huge impact on audiences who have been fortunate enough to hear him."

"There’s no pretence, no act with Steven. He speaks as himself and is genuine in his belief in what he’s saying, because it’s what he has lived. He shares stories of the challenges he has faced openly, as well as the tips and techniques he used to overcome them. His engagement with you as the listener is very warm and honest, mixing humour and sadness, reminding us of the importance of the now - the immediate experience, the lived moment. It’s not about waiting or worrying. And while we hear this kind of stuff all the time, Steven’s passion in sharing his story and its learnings makes you really take it in."

"I engaged Mr. Steven Farrell on 30th May this year for a school graduation. I needed someone who could deliver a hard hitting message in a palatable format. Steven delivered an amazing speech that hit home with so many of the 600 plus in attendance, a mix of students, parents and teaching staff. His message was precise and clear but presented with charisma and I received great feedback from his presentation in the days after the graduation. I would highly recommend Steven for any speaking engagement, he is a pleasure to work with and delivers in a professional manner at every step of the process. I wish him the very best of luck in all his future endeavours."

"Delighted to have booked Steven Farrell to open Lightning Comedy at The Swords Summer Festival 2019. The audience of over four hundred people at Swords Castle really appreciated his openness & honesty - a professional from start to finish!"

"What an inspiring young man. From the moment he arrived onto the stage his smile lit up the room and his laughter was infectious. Steven told a harrowing story of overcoming adversity with a light heartedness I’ve rarely heard before from someone who has gone through so much. I found myself thinking: if he can smile and laugh at his difficulties, what have I to complain about?! My takeaway was how important it is to enjoy life and not spend time worrying and I’ll be using some of the techniques he shared. Steven also stayed around after the talk to chat and I’ve heard people describe his personality as magnetic and I agree. I get the feeling his only motivation is simply to inspire people to live their life and enjoy it. What a wonderful message."

"Your story is brave and inspiring Steve and your honesty is what makes people wake up. People like me as a parent and the transition year students in O’Reilly Hall recently. Life is not a rehearsal. We’re Live right now." 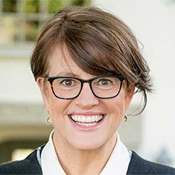