Sultan Meghji most recently served as the inaugural Chief Innovation Officer at the Federal Deposit Insurance Corporation of the United States Government. A noted expert in AI, Biotech, Cybersecurity, Quantum Computing & Web3, he also serves as a scholar at the Carnegie Endowment for International Peace, a fellow at the George Mason National Security Institute and is a distinguished member of the Bretton Woods Committee. Mr. Meghji also serves as a professor in the graduate programs at Duke University's Pratt Engineering School with a focus on AI, Web3 & Cybersecurity. Mr. Meghji has a 30 year career in technology, including launching, scaling and selling a number of startups in frontier technologies, biotech and fintech. He currently advises both America's Frontier Fund and Reciprocal Ventures. Read More >

He has served in an advisory capacity to the US government: Central Intelligence Agency, Department of Homeland Security, Federal Bureau of Investigations, Federal Reserve, Office of the Comptroller of the Currency and Department of the Treasury. Internationally he has served as an advisor to the German Bundesbank, European Central Bank, G7, G20, International Monetary Fund, United Nations and the governments of Singapore and the United Kingdom. He is a contributor to Bloomberg, CBS, CNN, Forbes, Fox, NBC, Newsnation, Sky News as well as a variety of podcasts, currently including the Cyberlaw Podcast. Read Less ^

Navigating the Ever Increasing Pace of Changes in Technology

From AI to Crypto to Fusion to Quantum Computing, the pace of change in technology is ever increasing. How doe organizations manage those changes in the face of economic and workforce upheaval? Drawing on his 30+ year experience in bringing advanced technologies to market, Sultan Meghji, brings a unique applied perspective to these issues for organizations of all kinds.

What is Next for Crypto/Web3/Fintech?

Drawing on his experience as the first Chief Innovation Officer at the FDIC where he played a primary role in establishing the first regulatory programs around Crypto for the US government, Sultan Meghji gives a global overview of the technology, markets, current and future regulatory environments for Crypto, Fintech and other digital financial services activities.

As a distinguished member of the Bretton Woods Committee and former senior leader in the US government, Sultan Meghji provides a macro-economic and political perspective on the current and future state of Central Bank Digital Currencies, Stable Coins and other fiat currency activities that will shape the next century of monetary policy.

From building the first neural network capable of mimicking the human brain over 30 years ago, to the most advanced AI’s in market protecting the American financial system, Sultan Meghji provides a unique perspective on what is true today in AI – beyond the hype – and where the future is being built.

Over the last 35 years over 85% of the banks in the United States have disappeared. What is going on? As one of the architects of the current digital banking universe and former senior banking regulator, Sultan Meghji provides an historic perspective on banking in the United States and what the future holds.

Why I Quit as FDIC Innovation Chief: Technophobia

The National Security Risk of Regulation by Enforcement 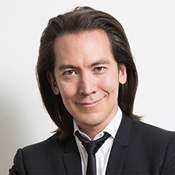 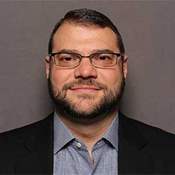 Former Directorate of Operations for the CIA & Founder of Vigilance