Former Directorate of Operations for the CIA & Founder of Vigilance

Charles left Tesla in October 2021 to focus full time on a company he founded, Vigilance. Vigilance provides bespoke and discreet investigative and private intelligence and counterintelligence services to its clients. Charles is a Certified Anti-Money Laundering Specialist (CAMS), a Certified Bitcoin Professional, and an expert in cryptocurrency. He is a sought-after speaker on the human elements of Insider Threat, Chinese Economic Espionage, Cryptocurrency, and detecting and preventing scams and fraud using cryptocurrency. Read Less ^

It is widely reported in the press that the Chinese government and Chinese companies are aggressively stealing U.S. technology and intellectual property. In this presentation, the audience will learn about these threats from a former Insider Threat program manager, who built a successful insider threat program in China and who has conducted numerous successful investigations uncovering theft of confidential or proprietary information. In this talk, fact and fiction will be separated and audience members will be left with a clear eyed appreciation of the threats posed to IP and confidential business information, and with tools needed to help protect your most sensitive information.

The Human Element of Insider Threat: Developing Programs to Counter These Threats

In this talk, a former CIA clandestine officer who spent a career creating and exploiting insider threats in the hardest target countries and companies to steal secrets for the USG will talk about the challenges that companies face from Insiders and from those external actors who target their Insiders. This talk will include the key threats posed to, and by, trusted insiders in a company or organization. It will also include methods from protecting oneself from becoming an unintentional threat to your company as well as outline key pillars of a successful insider threat program. This is the equivalent of hearing about bank security from the eyes and experience of a bank robber.

In the summer of 2020, a Russian citizen traveled to the United States from Moscow to offer a Tesla employee $500,000 in U.S. dollars or bitcoin to help facilitate a massive ransomware attack against Tesla’s computer systems. The goal was to steal Tesla’s information, encrypt it, and then extort Tesla for millions of dollars. Unfortunately for the Russian, this attack was detected and disrupted and the Russian national was ultimately arrested by the FBI, subsequently pleading guilty to attempted introduction of malware onto a protected computer system. How did Tesla’s Insider Threat program detect this attempted attack and what lessons can you learn to protect your own company? This presentation will provide an insider’s perspective from this incident.

Have you ever wondered what Bitcoin and Ethereum are, but do not even know where to start? Have your eyes ever glazed over when someone tries to explain what exactly a blockchain is and how it is going to revolutionize the world? Charles Finfrock is an expert in cryptocurrency and provides an educational and entertaining introduction to the essentials of cryptocurrency and blockchain in a way that is accessible to the average person. He has helped people aged 7 to 77 understand, buy, and trade cryptocurrency. His plain-spoken approach to the topic cuts through the jargon of international finance, computer science and cryptography usually needed to understand cryptocurrency. You’ll leave this talk with an understanding of the key fundamentals of this financial technology.

Cryptocurrency Scams & Fraud, Stories from the Dark Side

Have you ever been concerned that you or your company’s Name, Image, or Likeness is being used to scam current or potential customers? Learn the secrets of scammers and how they target unsuspecting victims. These stories are told by someone who leads a company that hunts down scammers and destroys the infrastructure they have built including their websites, bank accounts, cryptocurrency wallets, and social media accounts, denying them the tools they need to steal money. During this talk you will learn how these scams happen and what you can do to protect yourself and your loved ones from falling victim to these scams. 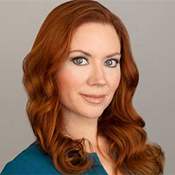 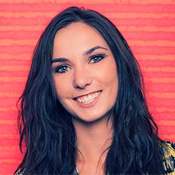