Susan B. Levine has been in the financial services industry for most of her career. From 2011-2015 she was a Managing Director at the Cowen Group (New York), working primarily in real estate where she was responsible for capital raising and investor relations. Prior to joining the Cowen Group, Ms. Levine held several marketing and investment positions at a number of different private investment firms, including one that she co-founded. She has successfully raised $700 million for both biotech and real estate funds. Ms. Levine started her career in finance at Lehman Brothers, which she joined in 1984, and left in 1993 to join the Clinton Administration. She was in the Administration from 1993-1996 where she was Deputy Assistant Secretary for International Development at the US Treasury Department and Vice President for Business Development at the Overseas Private Investment Corporation. Read More >

Ms. Levine moved to San Francisco in 2005 to work at a woman-owned hedge fund, and in August of 2015, Ms. Levine and her husband moved to Sonoma from San Francisco, where Ms. Levine planned to continue her bi-coastal life of working in New York and San Francisco. That all changed when Ms. Levine suffered a suicide attempt in New York City, which left her a double amputee, having lost her right arm above the elbow and her left leg above the knee. As a result of the accident, Ms. Levine retired from Cowen and has settled into living full time in Sonoma.

Ms. Levine received a B.A. in political science with distinction from Swarthmore College in 1978 and an M.B.A. in finance from Columbia University in 1983. She studied Chinese and lived in Taiwan and worked extensively throughout East Asia, including China, Thailand and Japan. She was a writer for a Taiwan magazine, and was an interpreter for the National Geographic. Ms. Levine has been speaking before organizations including Rotary Clubs and synagogues. Read Less ^

I'm Still Susan... How I Failed To Commit Suicide

How Judaism has Helped Me Survive a Suicide Attempt

Living a Physically Active Life, in Spite of Being Disabled

How Depression Lead to My Suicide Attempt 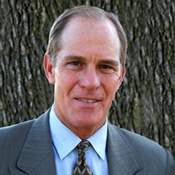