Susie Reynolds Reece, comedically known as the Southern Fried Asian (because she is southern raised with a crispy Korean coating), is a published author, national public speaker, and violence prevention strategist and consultant. Acclaimed for her expertise in suicide awareness, she is sought after for her knowledge of suicide prevention and postvention, depression, bullying and other issues facing families and youth of today. She is skillfully adept at blending the realms of science and research with experiences and storytelling in order to engage and compel any person to be equipped to confidently stand up for social issues. Read More >

Susie is the Executive Director of Suicide Prevention Allies (SPA), formerly the Garland County Suicide Prevention Coalition (GCSPC), for which she was a founding member and the first and only Chairperson. She is a certified instructor in an array of subjects and has taught thousands of courses to audiences ranging from inmates to Marines Major General and Command Staff, and everyone in between. Susie is also a founding member of the Lived Experience Advisory Committee for the Suicide Prevention Resource Center (SPRC). The goal of the SPRC Lived Experience Advisory Committee is to increase the capacity of the field of suicide prevention to actively engage individuals who have personal experience with suicide in all levels of program development, dissemination and evaluation.

Reece has presented, consulted, and spoken to hundreds of thousands all over the United States. Beyond public speaking, Reece facilitates and implements a variety of exciting educational trainings and workshops that expand team member skills and promote community health.

Reece strives to raise awareness of the issues of suicide, interpersonal violence, mental health and substance use disorders. She acts as a social entrepreneur connecting and educating stakeholders on their unique roles and assets when dealing with the social issues within their communities. Reece has produced an array of content related to both mental health and substance abuse prevention. She holds countless certifications within the fields of coalition building and prevention with her focus area in the prevention of suicide. Reece’s varied professional experience in public relations, community non-profits, systemic programming, training, education, networking, and writing provide the perfect foundation for building a strong and successful suicide prevention, social justice, or nonprofit movement.

Reece is no stranger to the desperate need for suicide prevention, having lost her father to suicide in early childhood and later fighting major depression throughout her formative and adult years. She is a powerfully engaging story teller who conveys passion by drawing from her own tragic experiences, in order to use hard learned lessons to empower audiences to overcome life’s obstacles. She is a staunch mental health advocate who is not afraid to tackle a difficult issue head on to help normalize the necessity of speaking out when times get tough. Reece deftly blends humor, education, and enthralling stories in a unique and memorable manner to compel any audience to become advocates and leaders for social change. Read Less ^

On Asian as Model Minority Perception

The Southern Fried Asian: No Direction but Up with Susie Reynolds Reece

It was easy to be seen as an outsider for Reece growing up in the South. Having just lost her father to a tragic suicide, Reece found herself surrounded by strangers as she was shipped to Arkansas to be adopted by family. Her face couldn’t hide the story that brought her there, the story that was often used against her, the story that kept her silent and alone all through her formative years. Eventually Reece learned the power that comes from using her story to tear down barriers and open hearts that have been all but closed. Reece’s story is one of hardship, empowerment, and refusal to be discounted. Read More >

Through her stark differences, Reece learned to see the beauty that came of not fitting in. Her hardships helped her to build a deep well of resilience. Through her story, Reece was able to connect with those who have felt misunderstood or alone. Reece’s story is one of using what others discount about you to flourish and rise. Read Less ^

Suicide Prevention: The Do's, Don'ts, and Everything In Between

Suicide is terrifying, confusing, and taboo. It is often not discussed because it is viewed as an untouchable topic. Yet despite the limited discourse it still touches so many of our lives. Through frank conversation, experience, and even levity, Reece shines a light on this dark topic in a unique way in order to change how it is seen and understood. Reece dives headfirst into this social issue to illustrate how changing our perspective can give us the strength to solve even the most complex issue. Reece makes suicide prevention tangible and tackle-able by offering practical and easy ways to impact the world around us. Reece says, the question should no longer be, “to be, or not to be,” but how to be? Reece shows us how being human is easier than we ever could’ve imagined.

The Art of Safe Storytelling: Using Stories to Heal

Public speaking ranks as one of the most common fears. Now couple the fear of speaking to strangers with sharing a deeply personal and possibly traumatic story. Reece shares how she stumbled through the frightening world of standing nakedly vulnerable in front of strangers in order to help aspiring speakers take better care of themselves and their audiences. Reece explains how disclosing deep traumas openly can unintentionally cause harm when not done intentionally. Reece divulges the hard lessons she learned from the stage, and offers practical skills and tips on how speakers can increase their wellbeing, the impact of their stories, and better inspire their audiences to take action.

Resilient Youth: Empowering Youth with the Skills to Bounce Back

Cyberbullying, active shooters, and a global pandemic, how can we say today’s youth aren’t resilient compared to others throughout time? Reece connects with youth in a refreshingly real and honest way by first acknowledging their immense strengths and abilities. She listens to the problems they are faced with and encourages youth to be solution focused. Today’s youth are encountering hardships like never before, and Reece pulls their own expertise from them in order to create realistic and relatable ways to build their resilience and that of those around them. If children are our future, they must be given the courage and direction to solve today's ever-challenging problems.

Everyone has heard the phrase, “learn as you go,” however imagine how much more effective we can be when we are prepared. Susie Reynold Reece’s talk, Competency through Crisis, covers the standard areas of warning signs, risk factors and protective factors regarding preventative efforts among various at-risk students. She highlights holistic care and grief for those exposed and affected by suicide within a school setting. This keynote will help you understand the roles of organizations in regard to postvention planning and will leave attendees with knowledge on how to best care for those affected.

The Art of Safe Storytelling: A Guidebook for Speakers and Presenters Looking for Direction to Safely Share Difficult Stories

Enforcing Our Lives: An Officer Safety and Suicide Prevention Guidebook for Law Enforcement

Moments from My Heart 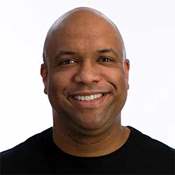 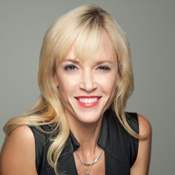