Suzie Humphreys’ background is as varied as her audience’s. From administrative secretary to television talk show host, to 20 years in radio, she has hobnobbed with movie stars and politicians, interviewed the great and the “near” great and made hundreds of commercials, done musical comedy and motion pictures. She has been fired, been broke, been disappointed, been a petrified expectant mother when she was 40 years old and lived her life with a passion for learning not only how to be better, but to see things differently. Read More >

Humphreys received one of the longest standing ovations on record from the National Speakers Association when she spoke to 2,500 of her peers at their convention in Palm Springs, CA. In 2002, at their national convention, she received the Council of Peers Award of Excellence and was inducted into the Speaker Hall of Fame. In 2004, Humphreys was inducted into the Texas Radio Hall of Fame. Aside from her hoop-la of accolades, she loudly and proudly proclaims “I am a Breast Cancer survivor,” now that’s really something to shout about!

Humphreys is uproariously funny, blatantly honest and plain spoken. Taking her message to corporations, conventions, hospitals and classrooms, she lifts, jolts, and nurtures her audiences and they love every minute of it. Known as one of the most compelling speakers on the platform today, Humphreys reaches people of all ages and walks of life.

No matter what type of challenge you may face, Humphreys helps you rise to the occasion with all the vigor and enthusiasm that living this wonderful life demands. When she leaves the stage, there remains the unmistakable warmth of having been touched, and the unshakable affirmation that whether ordinary or extraordinary, through good times or bad, caught in mid-frailty or new accomplishment, life really is the greatest thing ever!  Read Less ^

I Can Do That!

Suzie Humphreys has a way with laughter, poignant stories and jump-start inspiration, confirming that fear doesn’t have to be the motivating force that stops us from living life to its fullest. We say we will “one day!” “One day” comes and goes and we are left regretting that it was not life that passed us by at all, but rather our decision to LIVE IT! This is about saying “yes” instead of “no,” about not telling ourselves “we can’t,” “it’s too hard,” and “I’ll never be able to.” This presentation is perfect for audiences in corporate, education or anyone who needs a lift up not from outside, but from within.

Take a roller coaster ride through Suzie Humphreys’ failures at breakneck speed and discover at the end of the ride that those same failures turned out to be the “very best things that ever happened to her.” This is her most requested topic and is for anyone who is going through depression, cancer treatments, divorce, job change or other demand that forces us to grow. This presentation is hilarious, moving and unforgettable.

We’re ALL Walking Around with IT!

In a day and age of new ailments, old regrets, fears of growing old and anticipation of growing up, our mind is turned upside down by fear and regret. We have become so used to being “unhappy or scared about something” that we consider it normal. Read More >

Facing those fears is exactly the trick to shrinking them! Rather than trying to escape them, what if we instead just confronted and accepted them? After all, “before a situation can be transformed it must first be accepted!” Read Less ^

Looking for the Laughter!

Finding the humor in the midst of desperation, anger or fear is not an easy task. Sometimes, however, we are able to see it years later when we reflect on those situations. How wonderful to see it during the “chaos.” As always, Humphreys’ stories are so relatable that they will seem like yours, just told in a different voice!

Please Pick Up After Yourself, Your Mother Doesn’t Work Here!

We all have people in our lives that are in our face and know how to push our buttons. It does, after all, boil down to relationships! Humphreys shares the most significant of hers and frankly and humorously tells how she learned to focus on what is right about others. If you’re willing to change your thinking, this is the presentation for you.

Suzie: Where is Your Faith?

This speech affects Humphreys on a personal level, centering on her twelve-year old son who went to bed happy and well adjusted and woke up at thirteen possessed! She and her husband couldn’t get him to do anything the way they wanted him to for the next five years. This is about letting go and learning to quit trying to control everything and everybody in our path. Humphreys’ strong faith is the constant in her very busy life. She shares how she invites God into everything. He is not just an occasional companion when you need Him, but an ever-present source of strength, joy, humor and courage when you’re called upon to be more than you ever thought you could be. 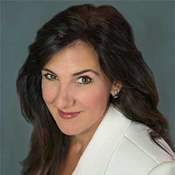 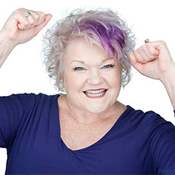