Author, Professor at UCL and MIT & Expert on Human Behavior

Award-winning author and acclaimed Professor, Tali Sharot is a leading expert on decision-making, emotion, influence, motivation and mental health. She is on the faculty of MIT (Brain and Cognitive Sciences) and UCL (Center for Computational Psychiatry & Department of Psychology) where she directs the Affective Brain Lab. Sharot’s thought-provoking insights have helped organizations induce behavioral change, create decision-making policies, and improve the well-being of employees and customers. Read More >

Sharot’s ground-breaking work at the intersection of behavioral economics, psychology and neuroscience has been used by businesses to improve leadership skills, rethink messaging and refine strategy. Her books – The Influential Mind: What the Brain Reveals About Our Power to Change Others and The Optimism Bias: A Tour of the Irrationally Positive Brain – have been widely praised, including by the New York Times, Time magazine, Forbes, The Huffington Post and more. Her new book will be out early 2024.

Sharot is known for delivering engaging talks that are simultaneously lively and informative –explaining deep ideas about human behaviour in a simple way and highlighting how those insights can be implemented in a range of fields including finance, marketing, health and public policy. Her TED talks have been viewed over 13 million times in total.

Sharot has been a repeated guest on CNN, The Today Show, MSNBC, co-presented BBC’s Science Club. Her speaking audiences also include Google, Microsoft, The European Parliament, Goldman Sachs, Prudential, Citibank, Deloitte & Touche, Johnson & Johnson and the World Economic Forum, among many others. She has written for top publications including TIME magazine, The Guardian, The Washington Post and the New York Times. Read Less ^

How to motivate yourself to change your behavior | Tali Sharot | TEDxCambridge

The surprising science of future thinking: Tali Sharot at Imagining the Future of Medicine

Our Power to Change Others | Tali Sharot | Talks at Google

Change, uncertainty and unrest have taken a toll on people’s well-being. Stress, depression, and anxiety are on the rise, directly impacting our physical health and productivity. What can we do at the workplace and at home to improve the mental health of our colleagues, employees, and customers? What can we do to induce happiness? Sharot’s intriguing answers are based on research in neuroscience, behavioral economics and psychology. Sharot emphasizes the joy of anticipation and the pain of dread, the importance of having a sense of agency for well-being, and the perils of social comparison. She explains why our mind uses a ‘grayscale’ to perceive the world and how we might ‘turn it off’ to see ‘in color’ again.

BEHAVIORAL CHANGE: The Business of Moving Others

A major goal of managers and companies is to induce behavioral change. We want to influence the actions of our clients, employees and colleagues in positive ways. Sharot has advised some of the world largest companies, including Pepsi, Bank of America and Prudential, on how to do exactly that. In this engaging, thoughtful and humours presentation Sharot shares which factors – according to science – have the largest impact on peoples’ actions, and why. Using her own cutting-edge research she explains how we can use innate human tendencies to nudge people in the right direction, and which commonly used approaches often back-fire. The audience learn powerful practical applications for inducing change and gains a deeper understanding of human behaviour.

Part of our daily job is to affect others; we advise our clients, guide our patients, teach our children and inform our online followers. Yet, science shows we systematically fall on to suboptimal habits when trying to change others– from insisting the other is wrong to exerting control. Based on her award-winning book, The Influential Mind, internationally acclaimed behavioral neuroscientist, Tali Sharot, explains how an attempt to influence will be successful only if it is well-matched with the core elements that govern how we think and feel. Sharot explains why providing data and numbers alone can be a weak approach to influence and why emotions and narrative often have strong impact. By understanding the minds and brains of those around us, we become better at advising and communicating information.

Making good decisions is key to the success of any company and a critical skill for leaders and investors. Yet, making wise choices, whether regarding finances, business or health, are difficult. We now know that human decision-making is rife with bias; from over-confidence to irrational optimism and future discounting. The good news is that understanding where people go wrong enables us to improve the decision-making process. Sharot occupies a unique spot at the intersection of behavioural economics, neuroscience and psychology. From this rare seat Sharot integrates up-to-date research in decision science and transforms this knowledge into practical insights. In this lively talk Sharot helps the audience identify systematic decision-making errors and offers creative and practical methods for corrections and improvement.

“My favorite session of the day. Tali was intelligent, interesting, and funny. She shared complex scientific research in a relatable, compelling way.”

“The feedback has been incredible.”

“The audience loved it. Tali really hit the mark and I think really triggered some thought provoking discussion. Everyone was intrigued by everything she presented. She really made a difference.”

“Amazing! Audiences were inspired by the presentation, remarked on the practical takeaways from the session, and left excited to learn more.”

“Tali’s talk got top rates and people were using superlatives to describe it.”

“We’ve been getting rave reviews from both clients and attendees about Tali’s talks.”

“Loved her presentation -- she was a perfect kickoff to the day. She was also a delight to work.”

Optimism Bias: Why We're Wired to Look on the Bright Side

The Influential Mind: What the Brain Reveals About Our Power to Change Others 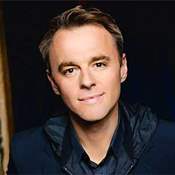 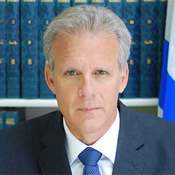