Patrick J. McGinnis is a speaker, writer, international venture capitalist, and the investor of the term FOMO (Fear of Missing Out). Patrick coined FOMO, as well as the related term FOBO (Fear of a Better Option) in a 2004 article in the student newspaper of Harvard Business School. FOMO has since been added to the dictionary and FOBO has become an increasingly popular framework to describe choice paralysis. Read More >

Patrick is the author of Fear of Missing Out: Practical Decision-Making in a World of Overwhelming Choice, a global bestseller that has been translated into more than ten languages and his popular 2019 TED Talk on FOBO and decision-making that has surpassed 2 million views.

He is also the creator and host of the hit podcast FOMO Sapiens where he talks about FOMO and entrepreneurial decision-making with leaders in business, politics, and culture, including Jay Shetty, Martha Beck, Alec Ross, Josh Peck, Ian Schrager, Gretchen Rubin, Andrew Yang, and the Founders/CEOs of companies including TOMS, Bearaby, GrubHub, ClassPass, Zola, Magic Spoon, and Hint Water.

Patrick is also the author of international bestseller The 10% Entrepreneur: Live Your Startup Dream Without Quitting Your Day Job, a guide to part-time entrepreneurship that has been translated in over ten languages.

He has been featured in The New York Times, Harvard Business Review, New York, Good Morning America, NBC News, Politico, The Financial Times, The Guardian, The Boston Globe, Inc, and the upcoming documentary This is Not Financial Advice.

Originally from Maine, Patrick is a graduate of Georgetown University and Harvard Business School. He has visited 112 countries and lives in NYC. Read Less ^

Fear of Missing Out: Practical Decision-Making in a World of Overwhelming Choice | Talks at Google

Mastering the Psychology of FOMO

Do you struggle to choose just one option from the many choices that you have at your disposal? Are you drowning in data, feeling overwhelmed with connections, and struggling with decision fatigue, even when the stakes are relatively small? That’s because we live in an age where overwhelming choice leads to analysis paralysis. The resulting choice overload also causes two phenomena-FOMO (Fear of Missing Out) and FOBO (Fear of a Better Option)–that impede decision-making and sap organizations of leadership. Learning to overcome these two very modern afflictions holds the key to leading decisively no matter the stakes of the decision at hand. In this interactive session, you’ll receive the context, the strategies, and the technological and behavioral hacks you need to find the power to choose what you actually want and the courage to miss out on the rest. Using a mix of psychology, anecdotes, and actionable advice, Patrick will help you to take back control in a world of overwhelming choice.

How to Use FOMO to Drive Sales & Supercharge Marketing

Good marketers and effectively salespeople share a common secret: they know how to use FOMO–the Fear of Missing Out–to move potential customers from “maybe” to “yes.” That’s because FOMO taps deeply into our psychology in two years. First, it shows us the positive qualities of a product or opportunity in order to convince us that we want, need, or desire it (also known as aspirational FOMO). Second, FOMO reminds us that if we don’t take action, that product or opportunity we risk missing out (known as herd FOMO). It is this potent combination of aspirational and herd FOMO that drives markets, moves products, and closes deals. But deploying FOMO effectively–and ethically–is easier said than done. In this action-oriented keynote, you’ll earn how to use FOMO to drive sales, market products, and deploy powerful yet ethical strategies to supercharge your sales and marketing machine.

Thriving in an Age of Relentless Change

Following several years of remote and hybrid working, new demands at home, and endemic uncertainty,it feels as if employees have decided that change–any change–is preferable to the status quo. This leaves their employers to determine how to attract and retain talent. Yet there is another critical consideration that is driving this rush for change at any cost–FOMO or the Fear of Missing Out. FOMOis the anxiety generated by a perception that something better is available-a job, a passion, or an adventure–than what you have at the moment. It is this desire for more and better–even if there is no evidence that this alternative actually exists-that can provide frustrated employees with the profound physiological impetus to throw caution to the wind and join the Great Resignation. In this solutions-oriented yet entertaining session, Patrick grounds the Great Resignation and Quiet Quitting in clinical psychology, the future of work, and pop culture to explain why employees are so keen to quit–and how managers can guide them better consider their motivations and their actions going forward.

The Power of Entrepreneurial Thinking

Entrepreneurial thinking is a superpower that can build billion-dollar business empires. But it’s too rarely applied outside of the world of startups. However, any leader can create a culture of entrepreneurship by encouraging their employees to explore their own entrepreneurial projects and then challenging them to apply what they learn back at their day jobs. In doing so, they leverage their employees to become leaner, faster and more innovative for the benefit of their business. Based on practices at companies ranging from Google (where this speech is a favorite) to Goldman Sachs, Patrick will provide your teams with the inspiration and the practical frameworks required to actively integrate every employee in the firm in the process of building an entrepreneurial culture.

FOMO & the Freedom that Comes with Not Following the Crowd

In a world full of potential opportunities–and potential pitfalls-it can feel impossible to choose just one path and commit to it. At the same time, there are so many temptations to follow the crowd– Big Tech, bitcoin, NFTs, Web3beckon-even when it seems like the responsible thing to do is to head to Corporate America, graduate school, or a more traditional path. So, what are you supposed to do? What’s real and what’s FOMO? And even if something feels like it’s more than a little bit about FOMO, is FOMO all that bad? In this fun, interactive, and yet highly practical session, you’ll receive the context, strategies, and hacks you need to find the power to choose what you actually want and the courage to miss out on the rest. Using a mix of psychology, anecdotes, and actionable advice, Patrick will help you to harness your FOMO and find the best path forward. 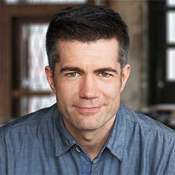 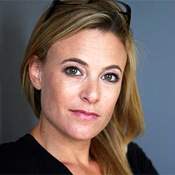 Author, Professor at UCL and MIT & Expert on Human Behavior